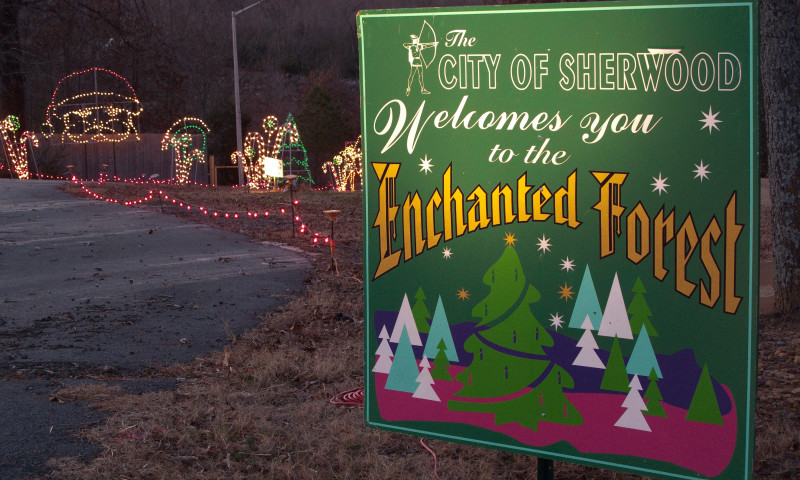 The event title doesn’t lie — the Heights is becoming an official Entertainment District. This community initiative will allow guests to purchase a drink from any of the seven authorized beverage locations on Kavanaugh and roam with friends. Special cups and wristbands will be provided for the fun. Check here for a list of participating restaurants!

Art-n’t you glad it’s Thursday? Downtown Conway is hosting its monthly art walk. Join the Creative Institute for craft drinks, tasty treats, local talent and artisanal Christmas gifts. For whatever night it may be for you, girls night out, date night or just a Thursday with the family, this is the place to be.

What: A Honky Tonk Christmas

Where: South on Main (Little Rock)

Work that money-maker all the way over to South on Main for a Honky Tonk Christmas. Featured musicians include William Michael Morgan, Curtis Grimes, David Adam Byrnes and Brian Callihan. Save your seat for this lineup by calling South on Main at (501) 244-9660.

The actual festival might be a couple of months away (Jan. 20-23, 2022), but that doesn’t mean you can’t have a little taste of what’s in store. Make the trip to Basin Spring Park for a night with The Might Pines. Get a free sneak peek and have while doing so.

What: Enchanted Forest Trail of Lights

It’s the most wonderful time of the year, and that obviously means that Christmas lights are being set up as we speak. Sherwood’s Enchanted Forest Trail of Lights will kick off the holiday season this weekend and run through Dec. 30. After a record year in 2020, the organizers of the event have added 11 new light displays to the lineup, including the final installments of the 12 Days of Christmas, along with a few surprises. The entrance to the trail is past the Henson Tennis Center driveway, a different location from the previous years to help with traffic. Pack a thermos of hot chocolate and enjoy the ride.

What: The Runwayz Fashion Party

Have you been watching re-runs of America’s Next Top Model and wishing it was you the runway? Here’s your chance. Strut at Arkansas’ newest runway event where normal people, no offense, take on the life of the runway with the best style showcase from closets around the state. Not only will you absolutely slay the outfit, but you can also win prizes in themed runway scenes. Sign your group up here and show Tyra how it’s done.

Ready for another market? Spend the weekend with the NWA Boutique Show and the 150+ participating vendors. Shop home decor, latest fashion trends, gourmet gifts, children’s items and other specialty gifts for your special someone(s). Find your tickets here!

The holidays might be underway, but that doesn’t mean the fall festivities are ending just yet. Leiva’s Coffee is hosting an all-day Fall Fiesta with themed activities and treats. Get excited about t-shirts, discount pastries, a DJ, live music, face painting, s’mores and more. Check here for the day’s entire schedule. Fall is here for a few more weeks – take advantage!

As DJ Khaled would say, another one. The city of Bentonville is hosting its own market full of local vendors. Find the perfect presents and stocking stuffers for this all-day event, and don’t forget to stop by the local businesses and restaurants in the area. Stay a tad longer for a special event you can read about further down the list. Find more information about the schedule and vendors here.

Argenta always has a few tricks up the sleeve, and the holiday season is starting off no different. Head to the Plaza for food trucks, a holiday market, live entertainment by Caleb and Abi, Lagniappe and carolers from the Argenta Community Theatres A Christmas Carol. Can’t find a babysitter? Not a problem at Santa’s Workshop. Bring the kids for free holiday activities and take photos with the big man himself in front of a 38-foot Christmas tree. This year’s Santa will be Chris Kennedy (shh, don’t tell the kids) of Black Santa ARK LLC. As always, the Argenta Arts District has many restaurants and bars to pop into before, during and after the event.

The Dhirana Academy of Classical Indian Dance is celebrating its fifth year of a fall production with “Baala – Tale of Kanha.” This 90-minute dance drama choreographed and directed by Megha P Rao tells the story of Krishna. The narration will be in English and the classical music is set to five different Indian languages. A performance for any age or audience, these dancers are ready to tell you a story. Find your tickets here!

What: Bentonville Lighting of the Square

After spending the day shopping around the Bentonville Holiday Market, consider sticking around for the annual lighting of the Square. The lighting will commence around 6 pm, but there are plenty of activities and entertainment to keep you occupied all evening. Dress warm and stay for a while to welcome the holidays.

What: Movie Under the Stars: Dr. Seuss’ How the Grinch Stole Christmas

Do you hear those sleigh bell jingling? That must mean that Christmas music is on the radios and Hallmark is playing its 3,000 holiday movies. Speaking of movies, Healthcare Express in Bryant is hosting an outdoor movie featuring Dr. Seuss’ How the Grinch Stole Christmas. Grab your blankets and lawn chairs to sit under the stars and shed your Grinch layer and embrace your inner Cindy Lou Who. Popcorn, hot cocoa and cookies will be provided throughout the movie.

Expecto paw-tronum! Gather your muggles and puggles for a Hairy Pawter Pawty at Bark Bar. Dress in your house regalia or your favorite character for the costume contest, enjoy specialty potions brewed at the bar and sit a spell at the Selfie Station. Winning pups of the costume contest will receive special prizes. Fill out your furry wagging wizards’ shot record here and have your wands at the ready for a good time.

The surrounding area of Springdale is invited for the Trans Day of Remembrance Candlelight Walk in honor of the transgender lives lost this year and years previous. The event is outdoors, but guests are still asked to wear masks and practice social distancing.

If you were ready to run back in March, the original Little Rock Marathon Weekend, then lace up those shoes because the time is now. The Little Rock Marathon Weekend includes a Health & Fitness Expo, a marathon, a half marathon, 10k, 5k Little Rockers Kids Marathon Final Mile, a combo challenge and the Run Local Race Series. The theme for the weekend is “Runderland” complete with merchandise, gifts and special giveaways. Registration for the races may be closed, but supporting the community and its athletes is always a good time.

There are three words that are important to the Cabot Christmas Open House: shop, spend and win. Travel around town to participating businesses in the Open House for good deals, community engagement and the chance to win stellar prizes. Load up your car with your friends or family and find your holiday (shopping) spirit.

“I was the conductor of the Underground Railroad for eight years, and I can say what most conductors can’t say – I never ran my train off the track and I never lost a passenger.” – Harriet Tubman

The newest installation of Hot Springs’ public art in downtown is “Freedom,” a mural by artist Perrion Hurd. This eye-catching piece features Harriet Tubman lighting the way to freedom. The commemoration ceremony will include a free showing of the 2019 film Harriet, guest speaker Dr. Carla Carter of Philander Smith College, Pastor Don Crossley and artist Perrion Hurd and a special performance of “Stand Up” from the students of Philander Smith College. Also featured at the ceremony will be artwork from the Hot Springs World Class High School students and a Hot Springs World Class High School Symphony ensemble performance. The unveiling of the mural will take place at the Central Theater with a discussion of the life and legacy of Harriet Tubman and the Civil War Era. Take advantage of this opportunity to celebrate a true hero.

Back and better than ever is the legendary Rainbow Thanksgiving. A free buffet with all the favorite Thanksgiving items is available for the community to enjoy. No reservation is needed, but attendees must be vaccinated or have a recent negative COVID-19 test. For those looking for a more low-key meal, to-go boxes are available to grab and return home to whatever holiday movie awaits you.

Next Thursday might be Turkey Day, but this weekend is the pre-game. Join Flyway Brewing for the 2nd Annual Turkey Toss in the great outdoors (Flyway Brewing Co.’s Tent City). Play for the gold, drink some beer and enjoy the crisp air. Every purchase at Flyway earns a chance to throw the bean bag at the board, and corn-hole-in-one wins you a giant frozen turkey to take home, and if a frozen turkey isn’t the greatest gold out there, I don’t know what is. Free to attend, just be sure to win.

When: Dates and Times

A whole new world awaits you at the Little Rock Zoo. Under the light of the stars, see the animals brighter than they’ve ever been before. The Little Rock Zoo is introducing a new interactive light festival featuring thousands of silk-covered lanterns glowing in the likeness of the zoo’s beloved animals. This fully immersive experience is the first of its kind at the zoo and an opportunity to create new traditions for the winter season.

Weekend Lineup at the Rev Room:

Weekend Lineup at The Hall: