Total Lunar Eclipse to Turn the Sky Red This Month 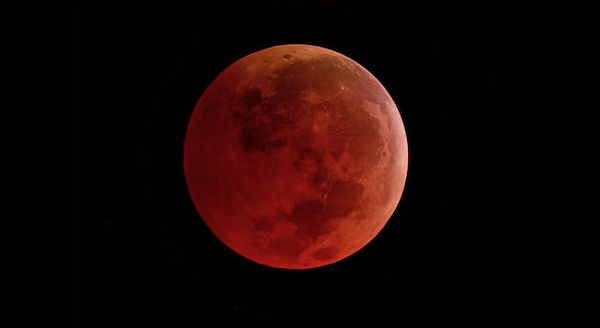 Lunar eclipses happen when the Sun, Earth and Moon are aligned so that the Earth passes directly between the two in a straight line, casting a shadow over the Moon’s surface. This happens roughly twice a year in some variation, but is not always visible. 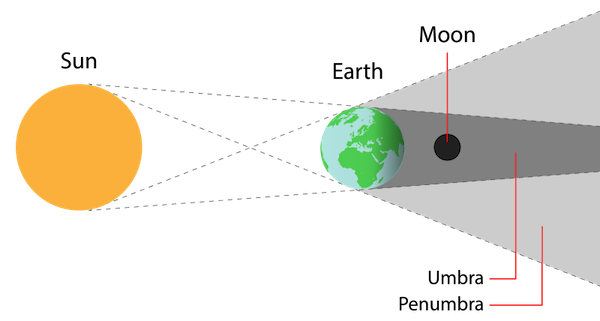 (Courtesy In the Sky.)

The lunar event will begin on Sunday, May 15 and its totality will last for more than 80 minutes (making it the longest Total Lunar Eclipse until 2029). The entirety of the event, however, will last for hours. According to the U.S. Naval Observatory, the outer shadow (penumbral) portion starts at around 8:30 p.m. CT; the moon moves into the umbra part of the shadow (partial eclipse) at 9:28 p.m.; totality starts at 10:29 p.m. and ends at 11:54 p.m. The “greatest” portion of the eclipse will, perhaps, fall at 11:11 p.m. for Central timers.

Look for the Moon to turn a rusty red color during this time, which is sometimes referred to as a “Blood Moon.” This season’s Moon is also annually called the Flower Moon, causing some to dub this year’s phenomenon the “Flower Moon Eclipse” and the “Blood Flower Moon.”

Visibility map of the eclipse. (NASA)

Unlike its sibling, a lunar eclipse is safe to view with the naked eye and without specialized frames. For best results, grab a backyard telescope or a pair of binoculars. Just find clear skies — preferably away from city lights — and enjoy.