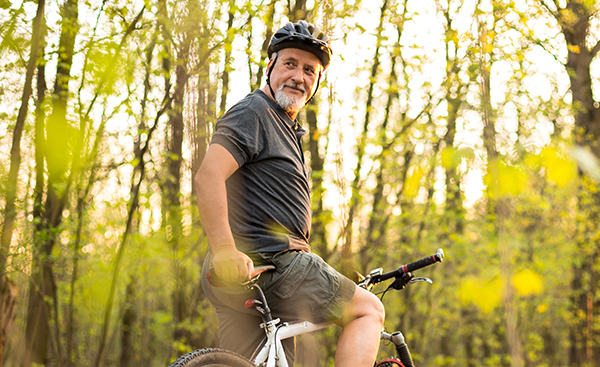 On Saturday, CARTI will host its 15th annual Tour de Rock Rider in North Little Rock.
The cost to register is $55 in advance and $60 the day of, with the proceeds going towards CARTI’s patient assistance fund.
“Patient assistance can be anything from nutritional supplements to fuel for cars, hotel stays or overnight stays for patients who come for treatment from out of town,” says CARTI Foundation special events coordinator, Sabrina Thompson. “Massage therapy, all of those things that enhance a patient’s experience.” She anticipates about 1,000 riders to take part in the Rock Rider.
The idea behind the bicycle event is to ride for someone. Every rider receives a bib that says: “I am riding for…” This year’s event will be Scott Worth’s second. He rides in the event for his wife Christine, who was diagnosed with breast cancer.
Worth has spent the past two years as a volunteer for CARTI, helping with their golf tournaments. Thompson describes him as a “can-do person, someone you can trust to get the job done.”
Worth says he got his start volunteering at CARTI because the company he works for, Miso Energy, is big on volunteering.
“I was looking, and I met somebody that worked at another place who was the chairman of the CARTI Golf Committee, that raises money through the golf tournaments for CARTI, and he asked me to be on the committee,” says Worth.
Worth’s wife would also volunteer to help him setup and teardown events. “She would drive with me for those first two years, not knowing she had cancer,” he says. “She got her folks involved, too. She would reach out to people, call them for a donation because we would do the live auction part, too. She actually, believe it or not, donated something herself. She sells bracelets and necklaces, and gave them to CARTI to auction off.”
New volunteers are giving a tour of CARTI’s campus. When they found out Christine had breast cancer, Worth says he told his wife, “I’ve already been through there, we are going to CARTI.”
“I got to know Christine personally while she was getting her treatment,” says Thompson. “She is somebody who I feel battled cancer with strength and dignity. She always remained positive; she always had a smile on her face. Even if she had a bad day, you would never know it.”
Worth and his wife began riding bikes after Christine was diagnosed as a way to start exercising. “I grew up riding my bike everywhere, every day in Indianapolis,” says Worth. “I said, ‘Hey, let’s just start riding.’”
The first year Scott Worth participated in the Tour de Rock, he rode alone. This year, his wife will be joining him for a 25-mile ride.
“The whole course is a good ride for bikers starting out because it’s a flat course; there’s not a lot of hills,” Worth explains. “It’s more important about the cause than riding a bike.”
Christine is now part of the CARTI family as the foundation’s director of human resources department. “She had a great experience and was jumping at the bit to get there to work… When a position opened up, she applied for it, and that’s where she is today,” says Worth.