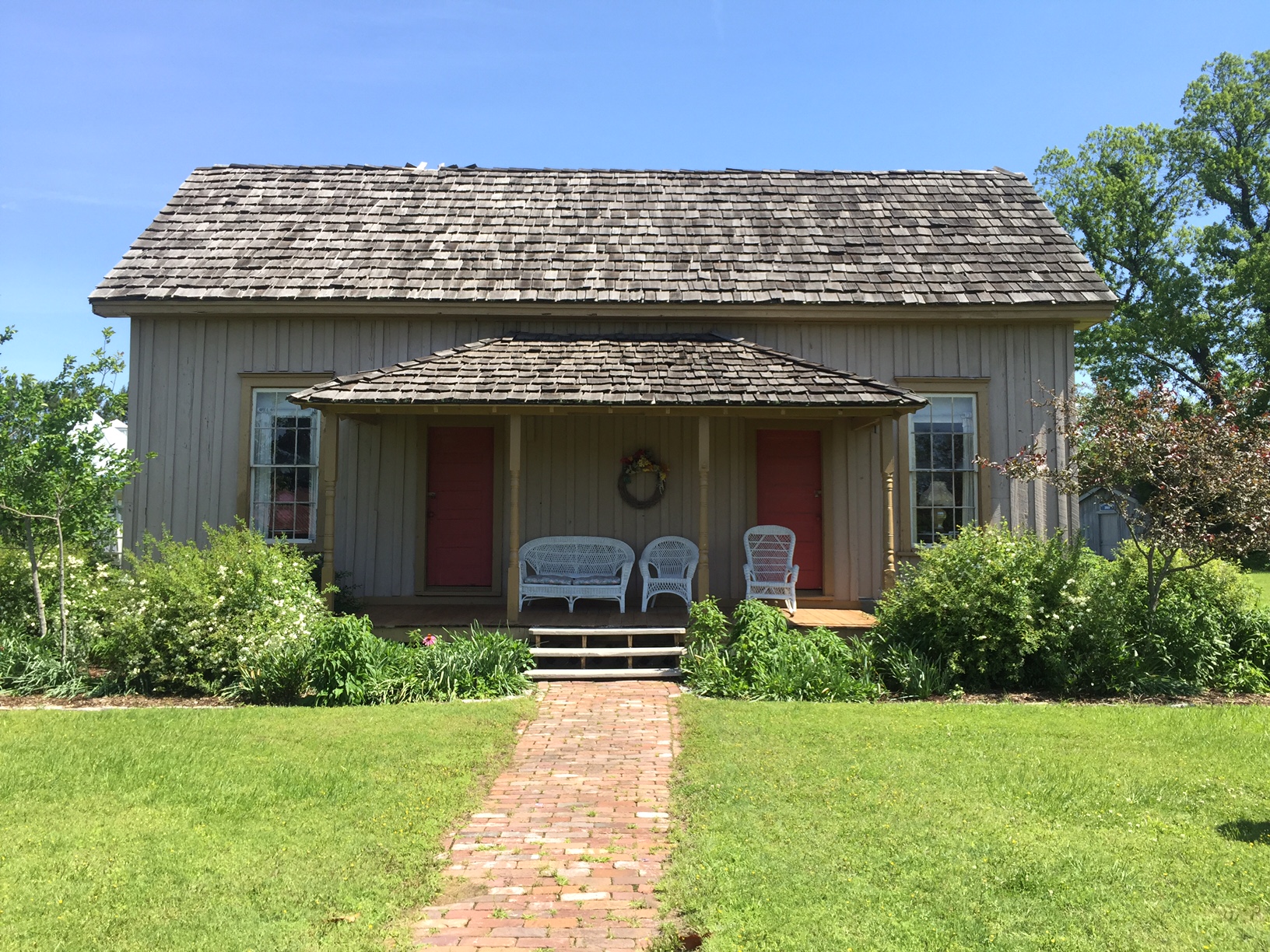 To look backward for a while is to refresh the eye, to restore it, and to render it more fit for its prime function of looking forward — Margaret Fairless Barber

Many people look at Scott Plantation Settlement, just outside North Little Rock, and see a collection of some two dozen buildings and other structures that together represent Arkansas’s early agricultural days, from the state’s admission to the Union in 1836 to the World War II era. But some people—in particular, children—see a portal to another world, fascinating in its foreignness, and yet somehow familiar. It’s easy to forget while you’re holding an iPad that not so long ago, homework was completed on a slate with a piece of chalk; hold that slate in your hands, feel how its size and shape are so similar to its modern-day counterpart, and the connection to the past is immediate.

It’s this visceral experience of history that makes the Scott Settlement feel like a playground. “These aren’t empty buildings,” says Ed Williams, board president of Scott Connections, which oversees the settlement. “You’re walking into what it would look like before rural electricity came in for…it’s a way for kids to experience how difficult life was.” From grimacing at a wooden discipline paddle in a one-room schoolhouse to gleefully yanking on the tower bell or pumping the cistern handle, kids can’t get enough of the property’s outmoded contraptions—so it’s a good thing the caretakers don’t mind if kids stay and play all day, which they often do. Here’s a glimpse at just a few of the settlement’s many treasures to explore.

The Ashley-Alexander Log Dogtrot House, circa 1840, is the oldest original structure at the Settlement. The house is full of artifacts that exemplify its history, including raw cotton, spinning wheel and loom, as well textiles and home decor made of cotton. Kids can try a hand at cleaning cotton to see how much work it was. If you have a big enough group, you can see what it feels like to cram 18 kids into one room; an owner of a house this size could easily have had that many, and they all had to sleep somewhere—hopefully some of them in an additional loft space!

The property has two one-room schoolhouses, both of them original to the area. One of them, the Steele Schoolhouse (shown here), is one of the oldest remaining plantation schoolhouses, built in 1868. The other, built in the early 1900s, was later used to make “snake oil”—in this case, a hair tonic that was later found to be toxic and taken off the market by the government.

If you hate going to the doctor today, see how you like it in 1928, which is when the original clinic this one was modeled after was built. Thriving plantations often had their own doctors and clinics, for treating family as well as farmers and field hands. Healthy workers means healthy profits.

A cozy place to wait to be called in for your shots. Or be treated for malaria, which was common for a time in Arkansas. An early Scott doctor, Henry Thibault, and his brother worked to develop the quinine formula for treating malaria. (File under: famous Arkansans)

Kids will not believe that an area plantation supervisor lived in this house exactly as it is right up until his death in 2000.

One of the most colorful and wonder-filled places on the property is the commissary. Built in 1880 and original to the Dortch plantation (now known as Marlsgate, down the road), this served as the plantation’s “general store,” where workers and their families could buy everything they needed, from food to household goods, all on credit. The store is full of weird old things to gawk at, including an original record book, an old mechanical cash register, and a hand-crank machine that de-nubs and de-kernels dried corn cobs.

This is just a sampling of the twenty-some-odd buildings contained within the Settlement, all of which originally sat within a five-mile radius (or are modeled on buildings that did). Drop-in tours are available for $3 on Fridays and Saturdays between 10 a.m. and 3 p.m. from the third week in March through the third week in November. It’s also possible to schedule a tour on other days or for a large group; call 501-351-5737 to arrange.

The settlement’s next big event will be High Cotton on the Bayou, on Saturday, October 7th. The event will feature a full day of back-in-time activities, from grinding and cooking sorghum on an antique mill to blacksmithing, butter-making and yarn-spinning, as well as era-appropriate games, crafts and other activities. For more information, visit www.scottconnections.org.