Winter is the time to see raptors, waterfowl and hundreds of other bird species around The Natural State.

January might not be the most popular month for outdoor activities in Arkansas, but for bird-watching enthusiasts, it’s a great time to get out and see bald eagles, waterfowl and many other species that fly south for the winter.

The Mississippi Flyway — a “superhighway” for migrating birds along the Mississippi River — runs through eastern Arkansas, so there are plenty of opportunities to get out the binoculars, throw on your parka, and add some new species to your bird-watching life list. 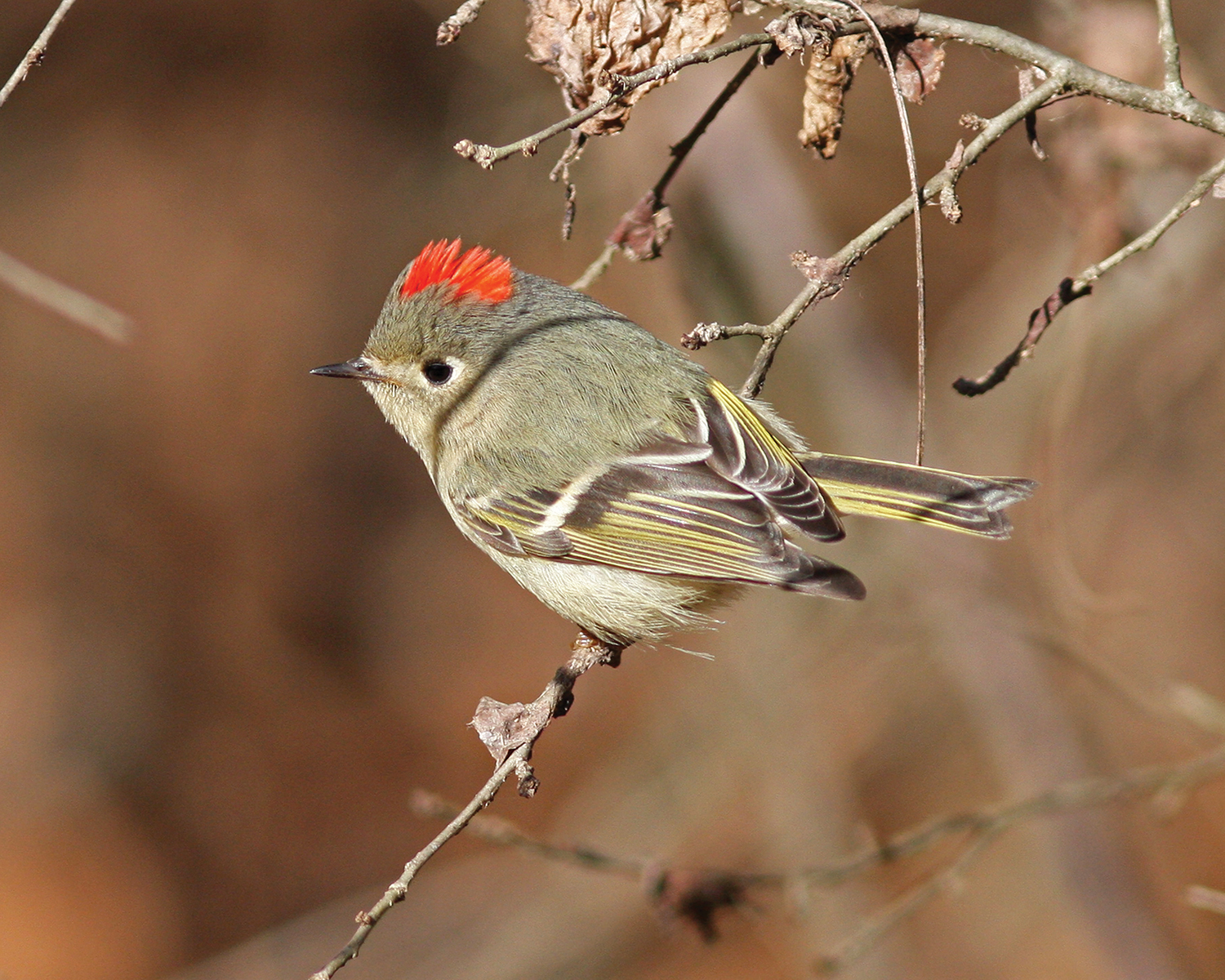 “Winter is an exciting time because all the birds from up North are pushed down into the Southern states,” said Karen Holliday, president of Audubon Arkansas and field trip coordinator of the Audubon Society of Central Arkansas. “The lakes are frozen and there’s deep snow, which makes it hard for them to forage. That’s why we get eagles — and ducks — in wintertime.”

This month, several state parks offer special programs and tours focused on eagles and waterfowl. What better way to beat the post-holiday, winter blues than by booking a cabin for the weekend and getting out in the brisk, mosquito-free air?

Bull Shoals-White River State Park hosts its annual Eagle Awareness Weekend Jan. 8 through 9 this year. Park staff take guests to spots where they’re almost certain to see bald eagles as well as waterfowl, ospreys, herons, loons and owls. This year, Tim Ernst, renowned photographer and author of a number of books on Arkansas wildlife, will be a guest speaker, along with master falconer Howard Davis and bird rehabilitators from Raptor Rehab of Central Arkansas and the Little Rock Zoo. 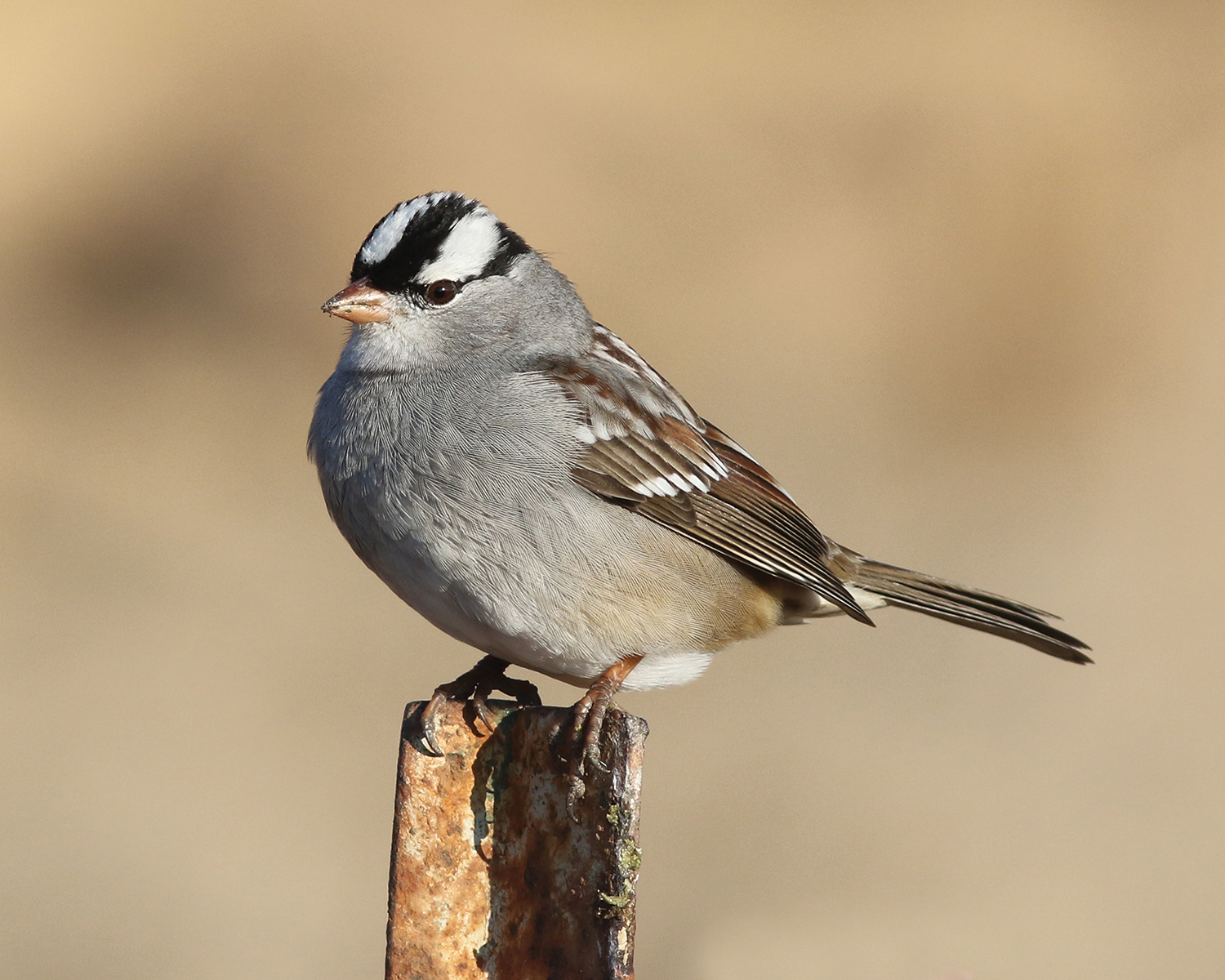 In central Arkansas, Pinnacle Mountain State Park offers eagle lake cruises several times per day, each Saturday and on Sunday, Jan. 24. The cruises leave from Jolly Roger’s Marina on Lake Maumelle. Pinnacle is also home to a number of other bird species — look for a list at the visitor’s center, and then head out on one of the park’s several trails.

Central Arkansas is also home to the Bell Slough Wildlife Management Area (WMA), operated by the Arkansas Game and Fish Commission, on 2,040 acres between Little Rock and Conway. The WMA’s two trails and Palarm Creek Rest Area are great places to spot wading birds, including the little blue heron and the snowy egret. You may even get a glimpse of the rarely seen Bewick’s wren. Like other state wildlife management areas, Bell Slough’s main purpose is to provide public hunting lands, so make sure to wear orange, especially during any hunting season.

Lake Dardanelle State Park offers regular eagle lake tours throughout January. You may also spot pelicans, ducks and snow geese. Call the visitor’s center at (479) 967-5516 to reserve a seat; be sure to dress warmly.

While you’re in the area, don’t miss Holla Bend National Wildlife Refuge, which is about 5 miles outside Dardanelle. The refuge sits on a bend of the Arkansas River that was cut off more than 60 years ago when the Corps of Engineers straightened the river for flood control. Its more than 7,000 acres of farmland, forest and open water provide a winter home for ducks and geese that use the Mississippi Flyway each year, and you’ll likely see bald eagles in the winter as well. Overall, the refuge’s bird checklist includes 266 different species. 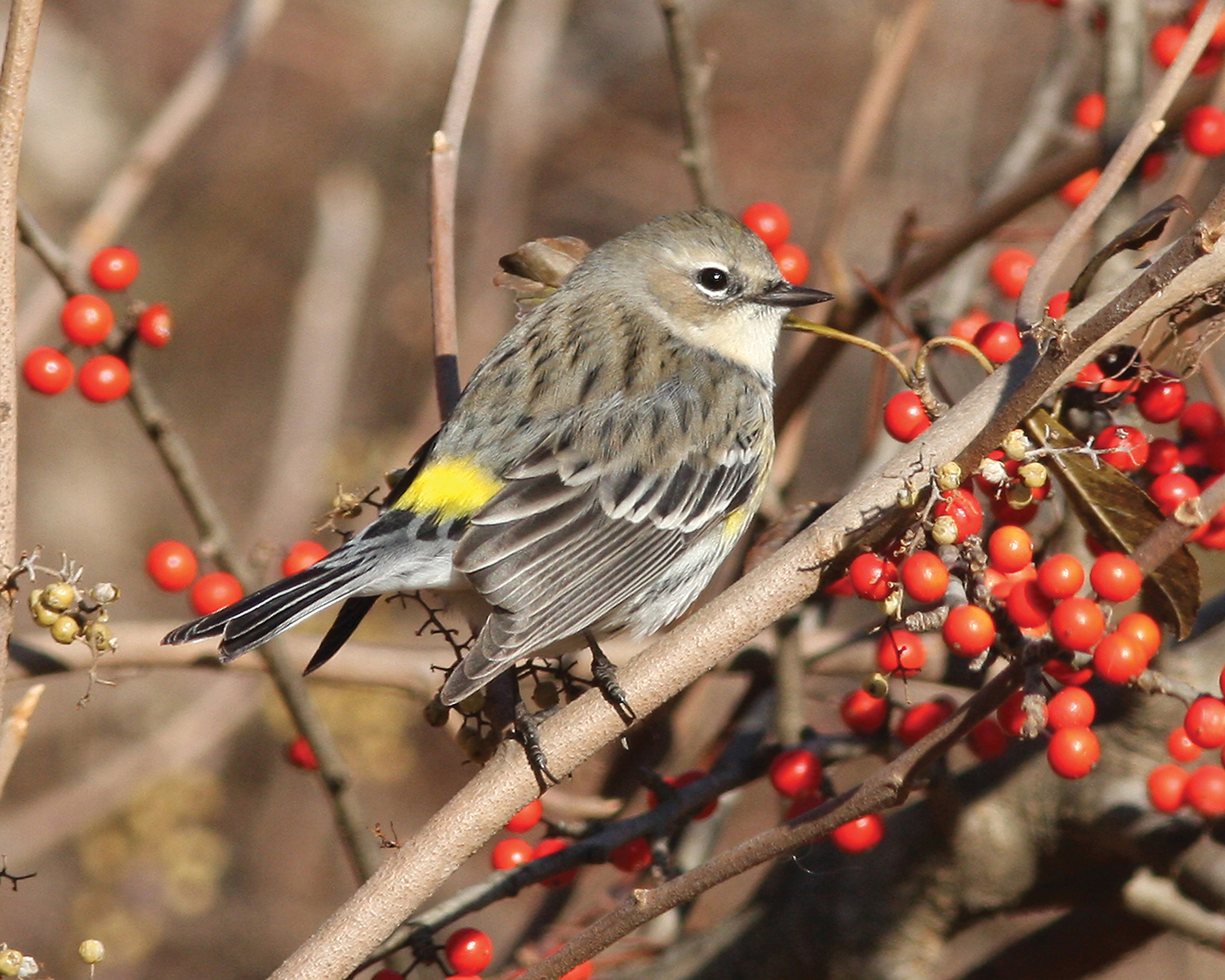 In the middle of Lake Ouachita sits the appropriately named Bird Island, a long, narrow strip of bald cypress about a mile from the mainland shoreline. During the summer, it’s a major roosting spot for purple marlins, but in the winter you’ll see roosting double-breasted cormorants as well as common loons and American coots, bald eagles and ospreys.

DeGray Lake Resort State Park near Arkadelphia also hosts an annual eagle event each January. This year’s Eagles Et Cetera Festival is scheduled for Jan. 29 through 31. You can take a lake tour, go on guided bird walks and owl prowls, and see demonstrations with live raptors. The park also offers special package deals for stays at the lodge, so there’s no need to worry about freezing in a tent all weekend. In addition to eagles, you may also spot wintering Pacific loons.

Millwood Lake State Park, near Ashdown, is a very popular birding spot. More than 300 bird species have been sighted there, including the rare parasitic Jaeger, vermillion flycatcher and Sabine’s gull. It’s a favorite of American white pelicans, Franklin’s gulls, and tree swallows.

Lake Chicot State Park is famous for the large numbers of waterfowl that congregate along its oxbow lake. Birding is a major focus of the park’s programs, and it offers two special avian-centric weekends in January.

Waterfowl Watch Weekend is scheduled for Jan. 8 through 10 and includes guided hikes, lake tours, levee tours and birding programs. Some of the species you are likely to see: mallards, teals, canvasbacks, mergansers and ring-necked ducks. Just three weeks later, Winter Wings Weekend, Jan. 29 through 31, offers another chance for visitors to experience the park’s bird life. 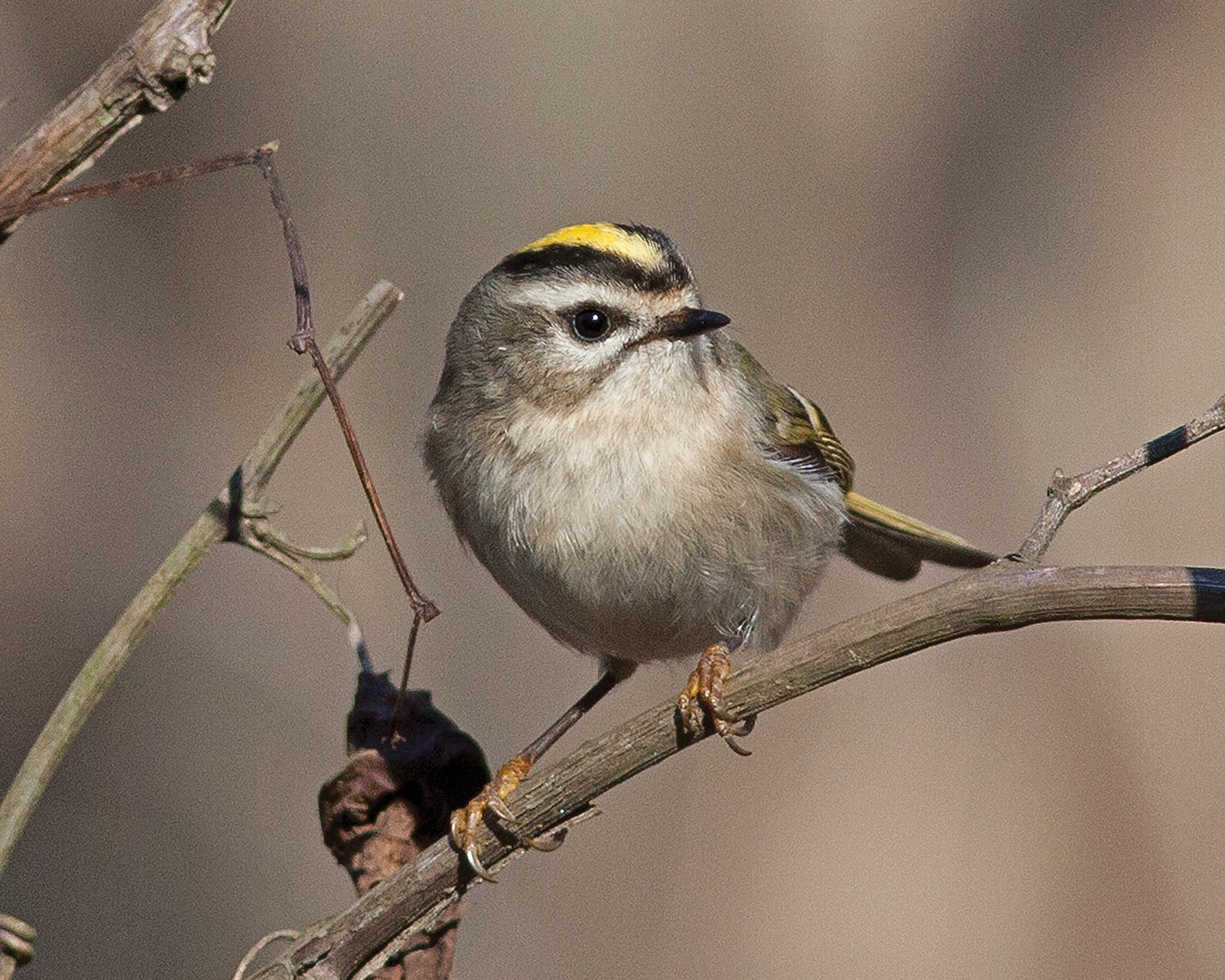 Novice bird-watchers should check out birdsofarkansas.org, a website created by the Arkansas Audubon Society and the Arkansas Game and Fish Commission. You can download a list of the more than 400 bird species sighted in the state; get help identifying species; and explore Arkansas’ 29 “Important Bird Areas” (IBAs), which range from the Charlie Craig State Fish Hatchery in the far northwest corner of the state to the Overflow National Wildlife Refuge in the far southeast.

The Audubon Society of Central Arkansas’ monthly field trips offer a great opportunity to go out with more experienced birders who are willing to share their knowledge as well as their equipment, Holliday said.

January’s daylong field trip to Lake Dardanelle-Delaware Park and Holla Bend National Wildlife Refuge is scheduled for Jan. 23. Holliday recommends dressing in warm layers, including gloves and hats as well as hiking boots. On Feb. 13, the society will visit the “Little” Dam Bridge and Two Rivers Park. For more information, check out the website at ascabird.org.