This summer, you’ll get to watch the Arkansas Travelers transform into a wholly new team.

According to the Arkansas Travelers’ website, Diamantes was a “legendary baseball player of Latin descent who played baseball in historic Hot Springs, Arkansas.” Legend tells that Diamantes was fixated on the American Dream and achieving financial success, and to do that, he set about digging for diamonds. He reportedly earned the nickname “Diamantes” from spending hours digging for diamonds when he wasn’t playing on the baseball diamond.

But that’s not where the story ends. The legend also holds that Diamantes went digging for diamonds one day and was never heard of again.

Fortunately, that’s not going to be a problem for the Diamantes de Arkansas! There’s going to be plenty to hear from about them! 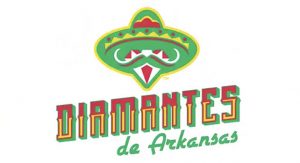 The Copa de la Diversión initiative aims to “embrace the culture and values that resonate most with the Travs’ local Hispanic/Latino communities,” according to a Travs press release.

The initiative has four pillars:

Opening day at Dickey-Stephens Park is April 11. Make sure you get tickets and have a great time watching America’s Pasttime!

The Travs are also holding a special event on March 24 at the Southwest Community Center in Little Rock. From 2 to 5 pm, enjoy a free party with ballpark concessions, music, games, giveaways and more! There will be fun for all ages!