For Little Rock native Lauren Lasseigne, the daughter of Kelly and Wesley Lasseigne, becoming an actress was a simple, natural destination. The call to become so rang long before her first official gig.

“She came to me at age 5 in kindergarten and wanted to sing ‘Let It Go’ for the Christ the King talent show,” her mother, Kelly, recalls. “This is in front of peers, parents, friends … lots of people. And she nailed it. She loves to perform — sing, dance, act, whatever. But she is very inward. She calls herself a ‘shy extrovert.’”

“I have been singing and dancing my whole life,” Lauren says. “My mom saw an ad in the newspaper for auditions for ‘The Sound of Music.’ I auditioned and made it. I have been acting ever since.”

During those first years of her adolescent acting career, from its inception when she was only 6-years old, Lauren’s talents were a service to the stage, rather than the screen. After earning this first role as Gretl von Trapp in “The Sound of Music” at Little Rock’s The Weekend Theater, she became, and has since cemented, a status as a regular in the theater scene.

But in 2017, another branch of acting opened up to her; she was selected to star in the short film “Vilomah,” directed by fellow Arkansas native Kameron Lunon.

The next year, Lauren was chosen to star as the main character, Mia, of another short film, entitled “The Birthday Bully.” At the film’s core was an anti-bullying message, as Mia is introduced as a young student struggling to fit in at a new school. When the most popular girl in class invites Lauren’s character to her birthday party (without the best intentions), what develops becomes essentially a “Mean Girls” for a younger demographic. “The Birthday Bully” has since garnered nearly 7 million views on YouTube and has been screened at schools across the state of Arkansas and beyond in conjunction with anti-bullying campaigns. 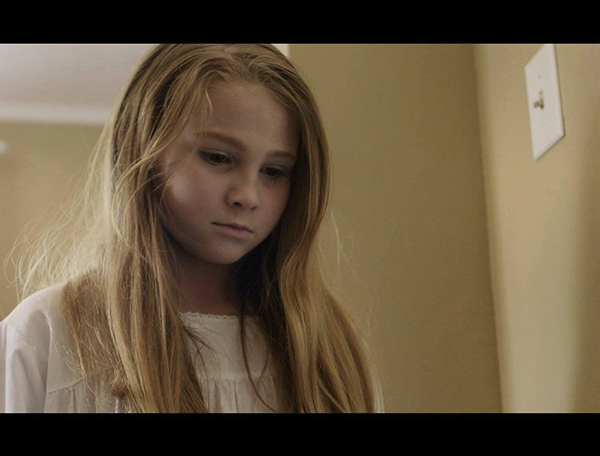 “There are kids that recognize her all the time from it,” Kelly says.

Lauren’s first feature role came in 2018 with the horror drama, “Then the Night Comes,” which was shortly followed by the horror film “Indestructible: Afterlife.” In the same year, she starred in what is perhaps her most significant big-screen role to date in another horror movie, “It Knows.”

As she tells it, her mother’s friend, Christen Pitts, told the Lasseignes about auditions being open for the movie. Lauren sent in a video of her talents for the audition and was then selected for an in-person callback. And as fate would have it, starring also in “It Knows,” of whom Lauren played a younger version, was a fellow central Arkansas gal — Carmen Patterson.

“Filming ‘It Knows’ was the most fun I have ever had,” Lauren says. “A majority of the movie was filmed in Mississippi [and] Tennessee. My favorite part was meeting all of the people on set … We loved to tell jokes. In one scene, we added a funny, unscripted joke in.”

“Which was her idea,” her mother adds proudly. 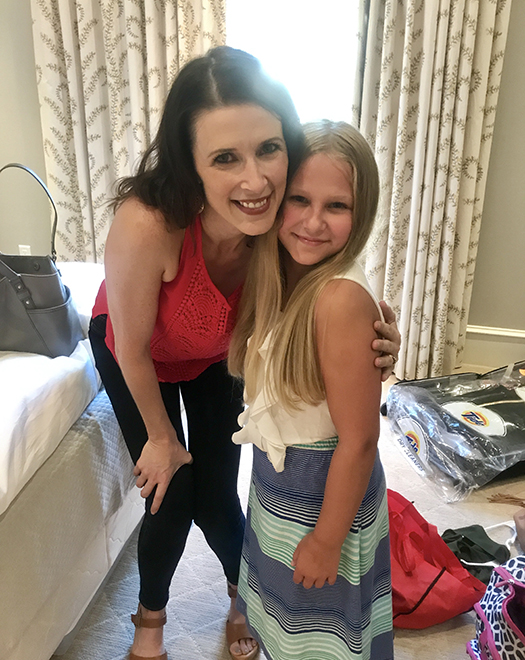 Lauren on the set of “The BIrthday Bully.”

But Lauren has not rested on her laurels of a mantle now weighed down by multiple awards, the first of many that are sure to continue coming her way. At only 11-years old, she puts in more work than many adults in the industry, and at all three major levels: theater, movies and television.

Last year, she reprised her role as Stephanie Kersey in the follow-up to 2018’s “Afterlife,” “Indestructible: Reckoning.” This year, the horror franchise’s fourth installment, “Indestructible: No Place to Hide,” is set to be released.

“I honestly have no clue why I do so much horror stuff,” Lauren jokes.

But it is certainly no question as to why the genre — or any for that matter — is drawn to her talents. During the same span of her catapult into the film scene, she has not slowed down in her theater endeavors, starring in “During Wind and Rain” and “A Christmas Carol” (three different times) at Argenta Community Theater, “Annie” at The Weekend Theater, “Willy Wonka Jr.” at the Arkansas Repertory Theater. She has also participated in three performances of the “Nutcracker Ballet” for Ballet Arkansas and “Frozen Junior” at The Studio Theater, in which she played Elsa.

No matter the success, Lauren continues to stay grounded and humble, limiting her most lofty acting aspirations to simply serving as an inspiration to other budding actors and actresses. It’s through her parents that this humility has been instilled.

“I want her to be happy and always treat people with kindness,” Kelly says. Her parents want her to do what she loves, love herself and others, but also go to school and keep her grades up. “She needs to continue to be a kid.”