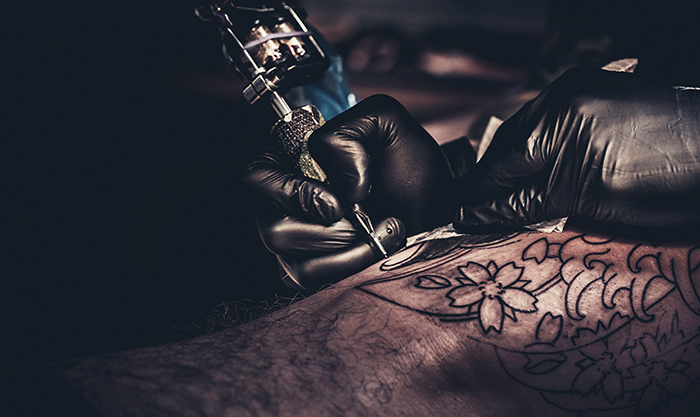 If you’ve ever thought about getting your ink, your time will soon be here, Arkansas. This month, the 2nd Annual Little Rock Tattoo Festival will roll into downtown, bringing with it some of the best and most skilled tattoo artists from across the United States, turning human canvases into living, breathing vibrant works of art. 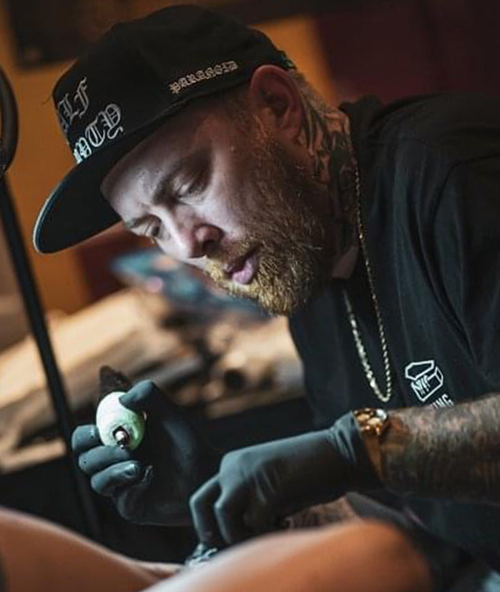 Stephen “Mo” Monnet, owner of The Electric Panther in Cabot and Little Rock and one of the featured artists at the upcoming show, said it’s good to see so many conventions getting back on track, including in Arkansas. 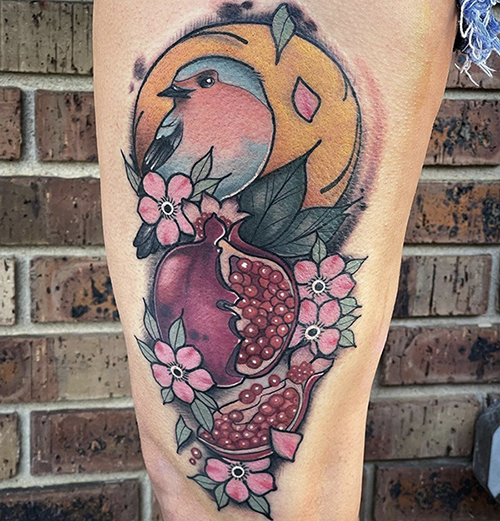 “As a tattooer, if you are from out of town, [conventions] let you travel around and help get your name out there, so that maybe one day you might get sponsors or even network and meet other good artists and learn from them or go work for them,” he said. “Also, when I go to New York or Chicago, I can charge the going rate, which is double there what it is here. And all that money is cash money in your hand.

The Little Rock show, which will be held at the Statehouse Convention Center, comes at a time when the $1.1 billion domestic tattoo industry is running at, or near, all-time highs when it comes to people seeking their designs. IBISWorld reports there are more than 25,000 tattoo parlors in the U.S. and more than 30,000 artists and still, bookings are filled for months, even a year in advance at many locations. 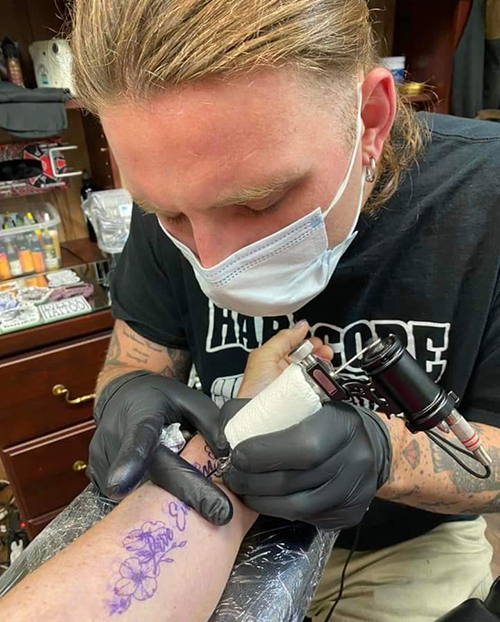 “I’ve been tattooing for 12 years, and when they let us go back to work, I’ve never seen anything like it,” said Dylan Clark of The Old Rose in Arkadelphia, who will also be a featured artist in Little Rock. “I mean, we usually have a busy season and a slow season, and that’s all really shifted and very strange now. As far as a pick up in business, it’s probably better now than it was before COVID. I don’t have a reason for that, but that seems to be the going rate.” 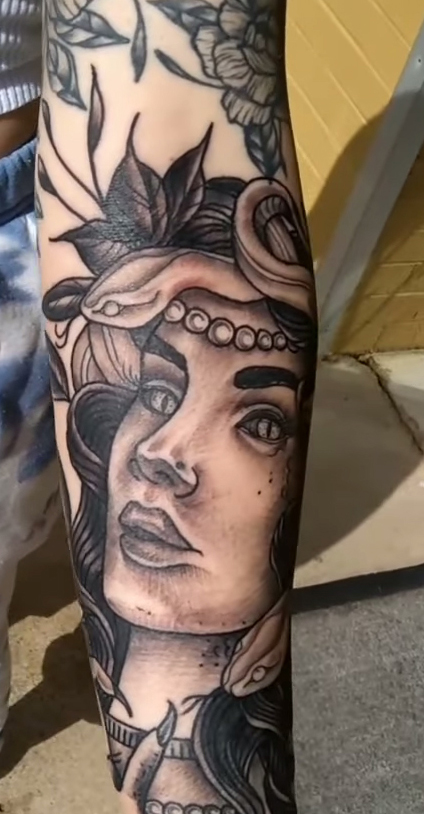 Monnet said, “I feel like people are getting way more comfortable and going to way more shows and events, and it’s way more packed than it has been in the last two years. So, things are definitely getting back to normal, and I would assume that this show is going to be busier this year. I know there’s a lot more out-of-town talent and really good reputable artists that didn’t attend last year, so this year there’s going to be some really talented people there, and it should be worth going to.”

The tattoo market is a far cry from what it was in 2020, when tattoo shops were among the first to get shut down over health concerns, placing the future of many of these businesses in grave jeopardy. And the current boom is a stunning about-face from January of last year, when officials were so slow to reopen tattoo parlors, some shop owners sued for the right to go back to work, the case of Black Raven Tattoo in California being one of the more famous examples.

“The heart of it was our First Amendment right,” Black Raven’s owner Tiffany Garcia-Mitchell told NPR last year. “Tattooing is a protected art form under the Constitution, and so that’s what we were targeting to ensure that we can continue to, you know, maintain and operate under our, you know, protected constitutional rights.”

As part of this tattoo revival, conventions are springing up all over the United States. Villain Arts, the Philadelphia-based promotions company behind the Little Rock event, lists 24 events for 2022, throughout the South, Midwest and Eastern seaboard. The conventions are one part traveling road show, one part living classroom, one part trade show and one part competition, with awards given for the best day’s artwork as well as best of show. 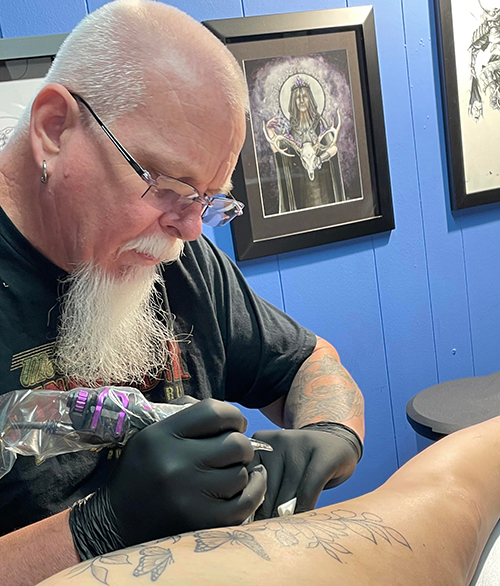 The biggest advantage for prospective clients, said Tony Henson of The Old Rose in Arkadelphia, is getting to experience different styles of ink masters from all over the country, under one roof. 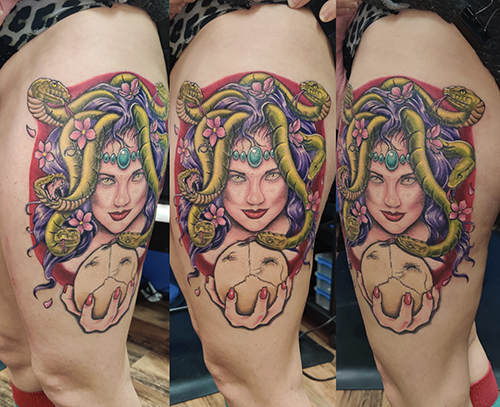 “A convention is a great way for clients to be able to come in and kind of see what tattoo artists are doing out there,” he said. “There’s so many great tattoo artists right now in this industry. It really gives people a chance to see it. Maybe they only go to one shop and one tattoo artist, and that’s what they’re used to seeing every day or whenever they go get work done.

“If they get a chance to go see a hundred different artists, they get to see a variety of what people are doing out there and what’s possible. The possibilities of different tattoo artists and different styles are showcased. It’s really a great thing for both artists and customers.”

Similarly, most artists enjoy the opportunity to talk shop and soak in the techniques of colleagues from across the country and, depending on the show, with international artists as well. 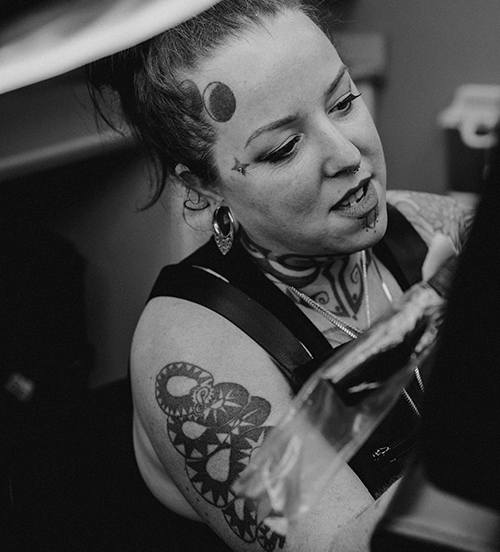 “For me as an artist, it gives me an opportunity to be inspired by other artists because what’s going to happen. You’re going to have artists coming in from all over the country and sometimes other parts of the world for these events,” said Dixie Deyné, tattoo artist with Flipper’s Skin Flix in Bridge City, Texas.

“It gives you a chance to network with other artists and other shops. Some of us do enjoy traveling so we might like to do guest spots, and we might meet somebody from another part of the country that we might go visit. Also, it gives us an opportunity to see other styles of tattooing. The art form is really exploding right now, and there are so many different styles and amazing artists coming into the field.”

There was a time when an event such as the Little Rock Tattoo Festival would be described as celebrating the counterculture, but that’s hardly accurate anymore. While it’s true that tattoos have their roots in the marginalized and socially outcast populations of bikers, criminals and circus sideshows, much of the shock value of tattoos is long gone. According to ModernGentleman.net, 40% of 18- to 34-year-olds have a tattoo, and 33% of that demographic pool have more than one.

“It just continues to grow, despite COVID,” Henson said. “I mean, when I first started tattooing in the early 2000s, you would look at magazines, and you pretty much saw the same thing over and over and over again. A lot of American traditional. And then you saw the guys who were venturing outside of that and doing realism, color realism, people who were bringing traditional Japanese over here and bringing that into the limelight.

“Now you have a generation of just amazing artists out there who have picked up on those little tidbits here and there and just expanded. I think that’s where we’re seeing our industry grow, is because of so many good artists out there, and they’re all putting their own twist on some of the older style stuff. Also, with social media and the internet being as powerful as it is right now, it forces tattoo artists to get better because if you don’t continue to push yourself, you’re going to get left behind.”

The single largest age group to have a tattoo are Millennials, the vast numbers of whom might explain why tattoos have gained such rapid acceptance in the workplace and society in general. Consider, even though 63% of people over 60 don’t approve of tattoos in the workplace per ModernGentleman.net, 70% of Millennial parents approve of a tattooed person in a professional or service role, including childcare.

This new acceptance has brought in a generation of clients who approach tattoos from a different perspective.

“When I started, there was flash [sample tattoos] all over the walls and people would walk in and actually look at it and be interested in some of it. That’s not so much a thing anymore,” Clark said. “Most of the time, they pull their phone out and show it to you. It’s like your phone has unlimited flash in it, you know?

“I would like to see a shift back towards designs that are just like, little handwritten words and stuff like that. I’m not knocking anybody; if that’s their thing and they like that, that’s cool, but I think some of the stuff is a little tacky. Like this trend of upside-down tattoos, I want it to face me. Some of that stuff, I’m not real crazy about, but again, to each their own.”

The industry itself has spurred this new acceptance by operating shops that are cleaner, brighter and more customer-centric than a generation ago. Once relegated to seedy areas along the docks or sketchy bar districts, shops have improved their image by locating in ordinary strip malls or stand-alone shops in retail areas and business districts. What’s more, reality and competition TV have spawned several tattoo-themed shows, and legions of top college and professional athletes’ have continued to push the art form into the mainstream.

“It definitely seems like more and more women are coming into the industry,” Deyné said. “It seemed to be very male-dominated when I started, but times change, people change, people shift. There are a lot of women that are starting their own shops and really pushing the industry forward now. And it could have just seemed that way because of where I was. I didn’t necessarily have a sampling of the world of artists at the time. But I see a lot of amazing women really reaching the top ranks, which is awesome.

“I learned how to tattoo in a military town with busy street shops. I was very much taught every style and that you needed to be versatile in every single style because it was walk-in traffic. So, you needed to be able to accomplish whatever that walk-in wanted. Moving forward in my career, what I love about that is now I can create sort of mixed pieces. I can play with different styles and put them together, which really opens up the artistic side of things.”

Whatever is driving the traffic and trends, one thing has remained constant — the tattooer’s art is an intensely personal one, both for the client and for the artist.

“I did my first tattoo at 13 years old,” Monnet said. “I was part of some group homes and orphanages in Little Rock. It was kind of like I was a weird white kid who can draw, and everybody would be like, ‘Yeah, do a tatt on me, bro.’ I would do tattoos as kind of like my little side hustle or hobby.

“It wasn’t until I was a little older, actually 18, and a girl downtown [Little Rock] named Brittany at the Dark Side on Third and Main did a really sick tat on me. Like, a really nice tattoo, and I was like, ‘Wow, man! You can do really good art and do tattoos.’ I just kind of changed my mind and started to apply myself and kind of chased that dream. Still chasing that dream, bro.”