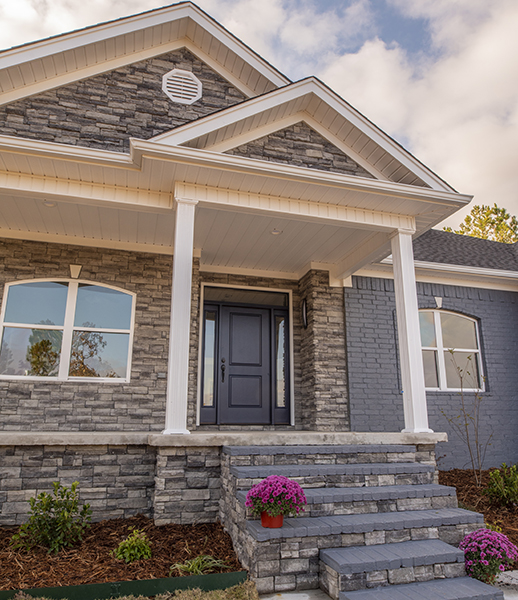 Scott Lucas Construction of central Arkansas takes time to focus on a family’s home features while maintaining a foundation of friendship at the same time — whether building new construction or remodeling a truly eye-popping transformation. 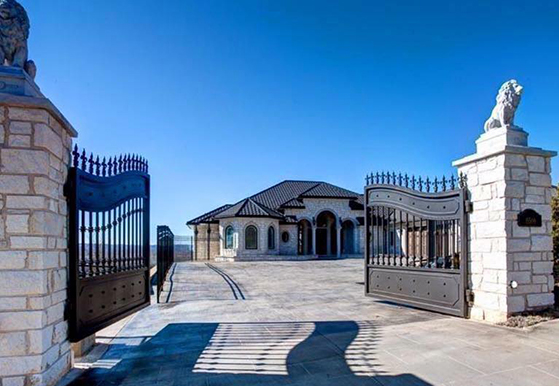 The home construction world runs in the family for builder Scott Lucas of Conway, who credits his uncle, a builder of custom homes in central Arkansas for several decades, as a huge influence on him from a young age. Lucas, who was raised in Greenbrier and has lived all over Faulkner County his entire life, got his feet wet in the industry in 2003. In 2010, his own home business, Scott Lucas Construction, became a corporation. Before he knew it, he was building one home project after another. It’s the dream story of a highly successful entrepreneur — to become a one-stop-shop for all things in the home industry. 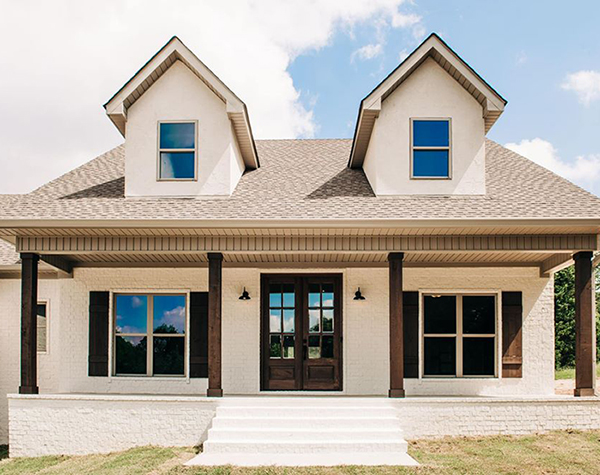 The company started off completing small jobs, eventually growing into what Lucas calls a “full-blown remodeling company, in addition to building houses full-time.” Scott Lucas Construction stays busy these days with up to four home projects going at any given time. 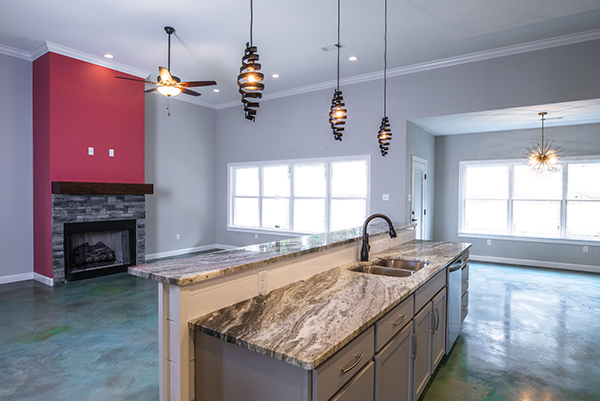 Among its projects, the company recently finished building a family home nestled in the woods in Conway that features a gorgeous view of the southwest area and includes an eclectic mix of ocean hues on both the exterior and interior. “It will make a great place for entertaining,” Lucas says. On the outside of the home, stone columns combine with blue painted brick for a contemporary and rustic combo. Lucas jokes that it is referred to as the “Dallas Cowboys house” since the entire exterior, including the garage doors, is awash in hues of blue, gray and white — a striking mix of color. “I found myself stopping and taking another long look every time I would start to drive away,” Lucas says. 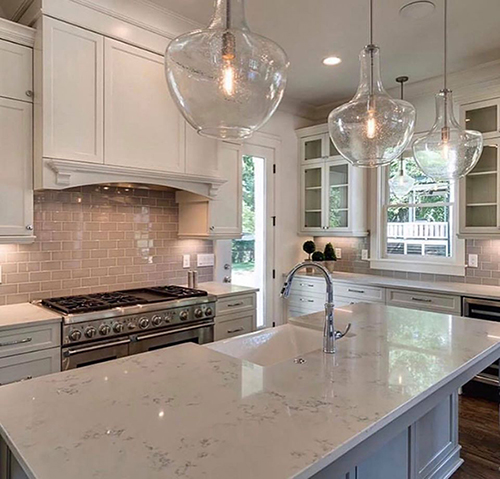 On the inside, the homeowners wanted to capture an ocean vibe and used a modern blue and turquoise concrete flooring meant to look like marble that is among one of the most eye-catching and unforgettable highlights of the home. Lucas admits one reason he loves building custom homes such as this so much is because he enjoys seeing the unique selections homeowners choose by picking out their own colors and styles. “I’ve never had the opportunity to experience [this type of flooring] on any of our jobs, and I was excited to see how it turned out,” he says.

The home’s kitchen features clean lines with a sleek double island and white, subway tile against gray shaker-style cabinets mixed with rustic, stainless brushed hardware. Fantasy Brown granite flows throughout the kitchen and bathrooms. Adjacent to the kitchen, the living room includes a custom fireplace mantle with distressed wood and a four-bay window stretched across the wall to add plenty of natural lighting and a picturesque view. 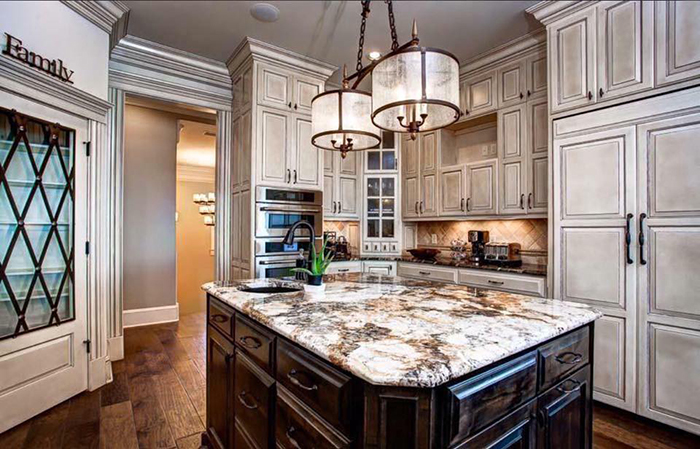 “When building spec homes, those projects are often very neutral,” Lucas mentions. He says he does not “over-customize” those homes so that they can appeal to “the masses.” When the company builds a custom home, that’s when homeowners really get to pull out all their customized flavors and colors, and Lucas says he gets to see styles he might not otherwise feature on a spec home. 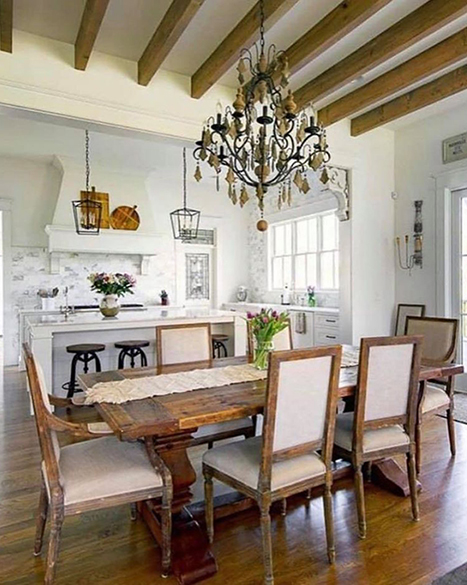 Lucas adds that when working with clients, most of the time they come to him with their own ideas and then it is up to his team to fill in the blanks with what they are needing to figure out more for that perfect finish. Lucas, who is known for major remodeling projects from gutting decades-old bathrooms to reworking outdated kitchens for an amazing eye-popping transformation, usually assembles a team of interior designers to help with color palettes and design work. After working on a project, Lucas says it can be “bittersweet” after six months or longer working with homeowners. “When you’ve spent six months or more with people, walking through the process of the biggest investment of their life, it’s not uncommon to get really close to your clients,” he says. “Those people almost become family because you spend as much time with them, if not more — whether it be texting, talking on the phone, meeting at vendors to pick out colors and styles or even on the job site to make decisions. 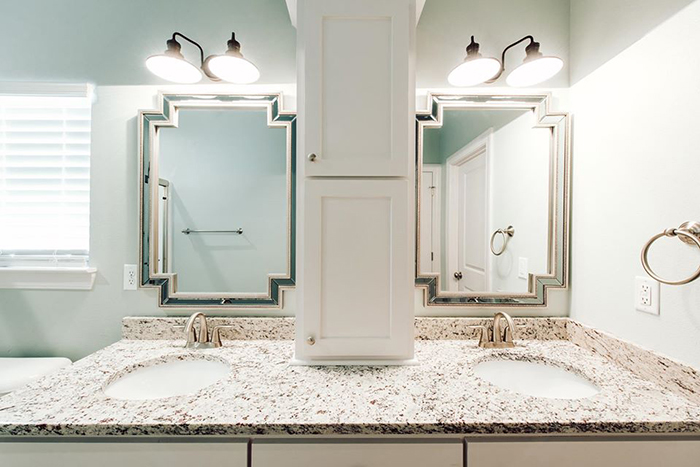 “I find that when it comes time to hand over the keys and shake hands and walk away, it’s almost that same feeling that you have when everybody goes home for Christmas,” Lucas says. “There’s a sense of pride and accomplishment in projects because there are a lot of stressful moments and decisions that you deal with during the course of that time and so you bond. And when you get the project completed, you have a sense of pride about it and you bond with those customers,” he says. “I’d like to think I’ve made friends for life on some projects.” 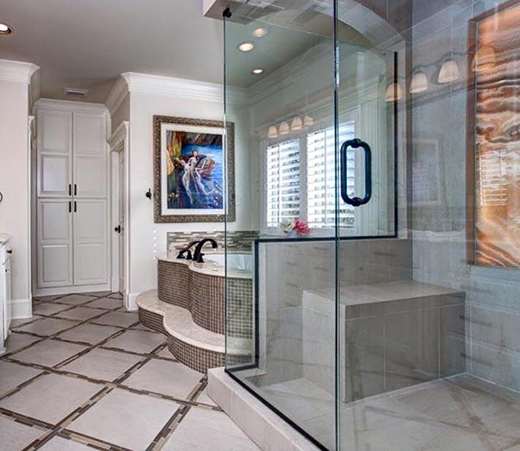