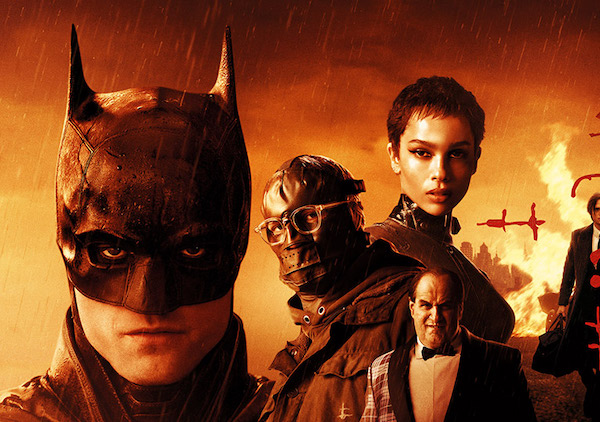 The long-awaited return of the “Dark Knight” to the big screen is only a month away now. Tickets to The Batman open to the general public on Feb. 10 for the March 4 wide release date, but a few lucky fans are going to have early access to the movie on March 1 in select theaters across the country. Two Arkansas venues made the cut.

Directed by Matt Reeves, The Batman will feature a brand-new cast from any other adaptation. Robert Pattinson is donning the cape and cowl, Zoë Kravitz is playing Selina Kyle/Catwoman, Paul Dano is Edward Nashton/The Riddler, Colin Farrell is Oswald Cobblepot/Penguin, Andy Serkis is Alfred Pennyworth and Jeffrey Wright is James Gordon. There’s been considerable buzz surrounding the iteration ever since it was first announced, and the release date delays due to the ongoing pandemic only heightened that anxious enthusiasm.

For fans, the wait is almost over; March 4 is just a few weeks away. But if you want to see the movie early — say, on March 1 — you may be in luck.

DC is giving fans an exclusive first look of the movie at the top of March by hosting IMAX Fan First Premieres at select theaters. It’s a chance to, as the release states, “Be some of the first fans in the world to experience The Batman on the biggest screens possible.”

Arkansas usually misses out on such events, but not for The Batman. Two theaters will be showing these Fan First Premiers in the Natural State: AMC Chenal 9 + Imax (Little Rock) and Malco Razorback Cinema Grill & IMAX (Fayetteville). Tickets go on sale Tuesday, Feb. 8 at 11 a.m. CT and can be found on the official movie website for The Batman here. These early bats will also receive a free comic book with their ticket purchase (while supplies last).

Set your clocks and your calendars. Vengeance waits for no one.