Isaiah Campbell, a junior right-handed pitcher, and Dominic Fletcher, a junior outfielder, were picked back-to-back in Competitive Balance Round B. Fletcher was the 75th overall pick, selected by the Arizona Diamondbacks, while Campbell was picked by the Seattle Mariners as the 76th pick. 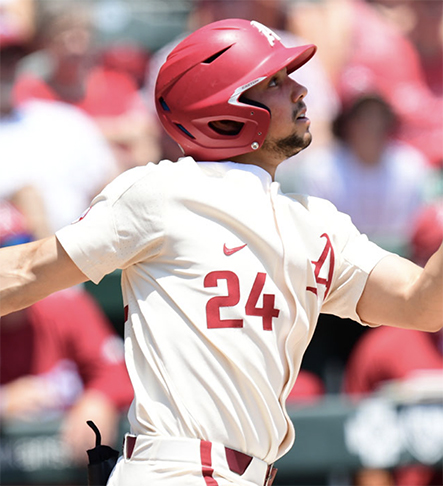 During his career with the Razorbacks, Fletcher has averaged .297 at the plate, with 218 hits, 32 homeruns and 142 RBIs. In addition, Fletcher has only made nine errors in three years at his position, earning a .981 fielding average.

Campbell pitched 11-1 this season with a 2.27 ERA. He is currently in ninth place on the Hogs’ all-time single-season strikeout chart, with 108 strikeouts. He helped lead the team to its second consecutive NCAA Super Regionals this year and was named an All-American by Collegiate Baseball Magazine. 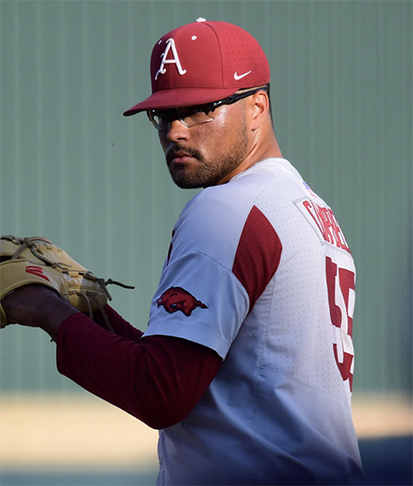 He was selected in last year’s draft by the Los Angeles Angels as the 721st pick, but he returned to Fayetteville.

The draft will continue today with rounds 3-11, and the final day of the draft will be Wednesday, which will feature rounds 11-40.

Images courtesy of the University of Arkansas athletics department