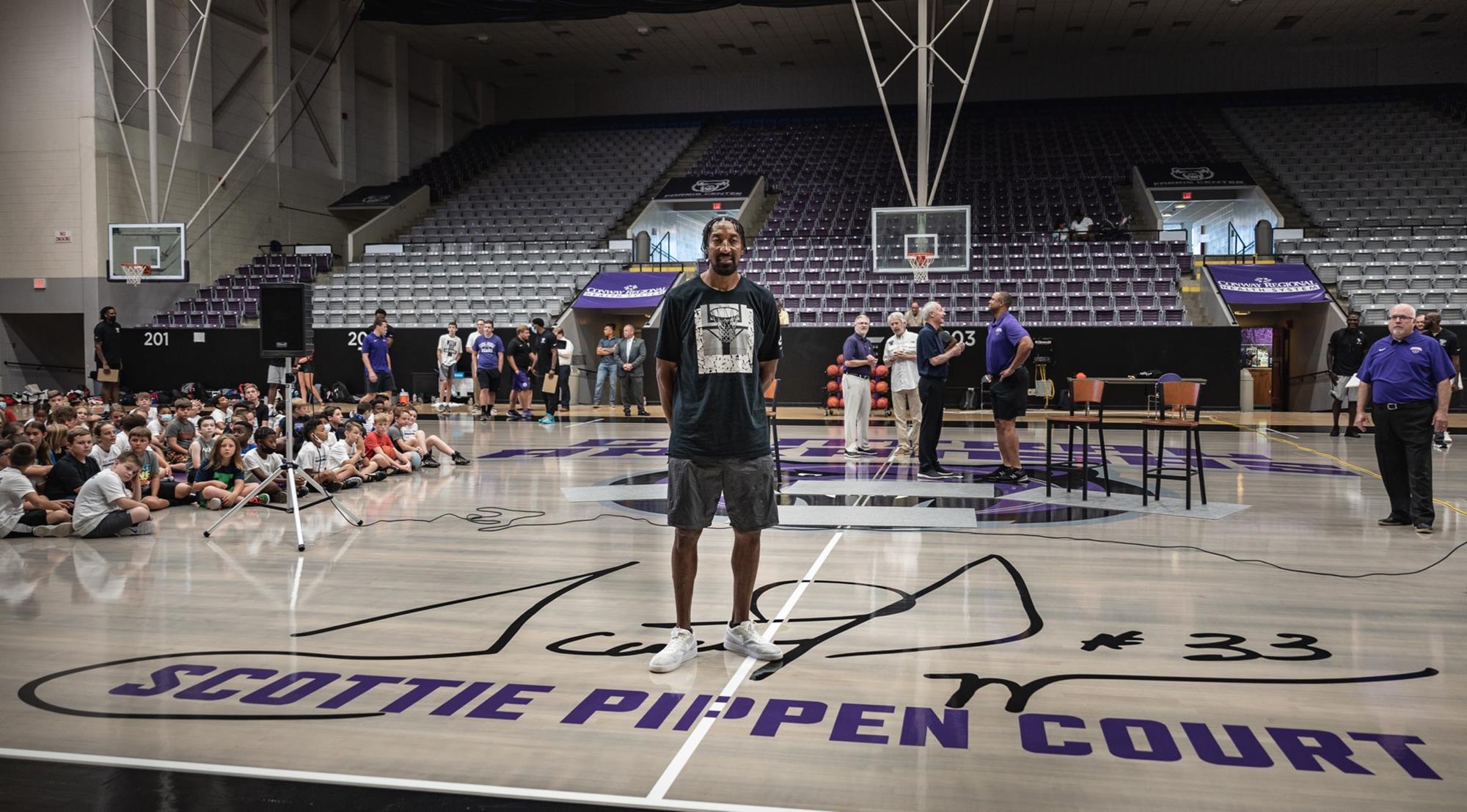 The University of Central Arkansas has unveiled a new look in its Farris Center arena: Scottie Pippen Court, named after one of Arkansas’ premier basketball legends.

The new-look basketball court, adorned with his name, signature and No. 33 at half court, was revealed to Pippen Monday before his summer basketball camp began. The 55-year-old was visibly shaken by the recognition. Pippen recently lost both his oldest son, Antron, and his college coach.

“It’s been a tough couple of weeks for me,” Pippen says. “It’s not just about the floor, but it’s about some people that I’ve lost along the way. So it’s tough. But it means a lot. The hard work that I put in over the years, my dedication to the game. And this just gives me an opportunity to leave a legacy behind.”

Pippen came to UCA from Hamburg, initially as a walk-on student manager. He famously grew 7 inches in college, eventually made the UCA basketball team, and was a two-time NAIA All-American for the Bears. The Chicago Bulls drafted him with the No. 5 pick in the 1987 NBA Draft. Pippen played in the NBA for 17 years, winning six championships with the Bulls.

In attendance for the unveiling of Scottie Pippen Court were UCA administrators, such as president Houston Davis and director of athletics Brad Teague, as well as Gov. Asa Hutchinson.

“And every day, I’m thankful for that opportunity. The opportunity to have a lot of great teammates, to meet a lot of great people. The University of Central Arkansas has been a guide in my life. This is my family.”

READ MORE: Postseason Performance Stings, But Arkansas Baseball Will Be Back