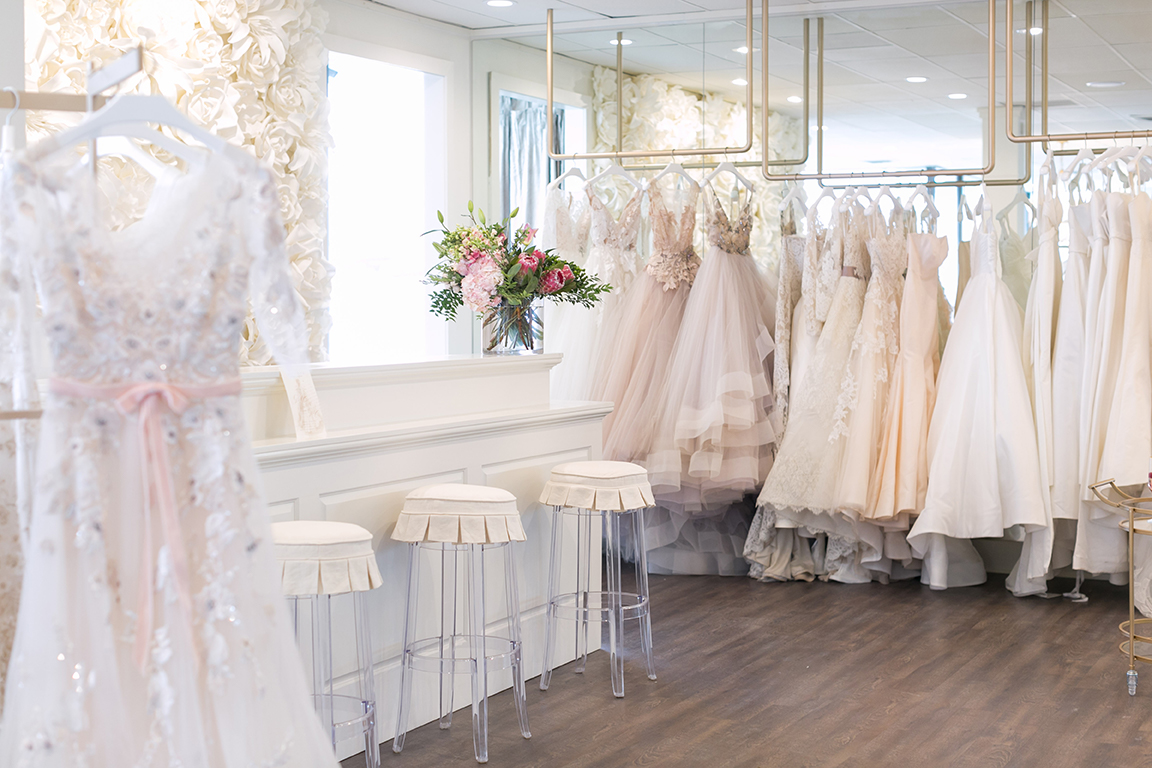 Betsy Parkinson Manning didn’t set out to become a clothing designer and business owner. The way she tells it, her trajectory was medical school studying child psychology and development, but a crazy thing happened on the way to class at Baylor University. Her classes for the major were in the same building as the design majors, so she had the bright idea to get a minor in design. She had no idea how serendipitous this would prove to be.
Manning is the daughter of Ann and Bill Parkinson, who were part of the original team that launched Fellowship Bible Church. She and her three brothers all attended Little Rock schools and graduated from Pulaski Academy. As a teenager, her paternal grandmother introduced her to the concept of fashion by teaching her how to shop at Neiman Marcus Last Call.
It all began professionally in 2004 with Normandy & Monroe. Friends Padgett Mangan and Jamie Davidson started the company, which got the attention of Oprah Winfrey, as well as Ashley Judd. Manning began choosing Scalamandre fabrics while Mangan and Davidson began hustling the business. 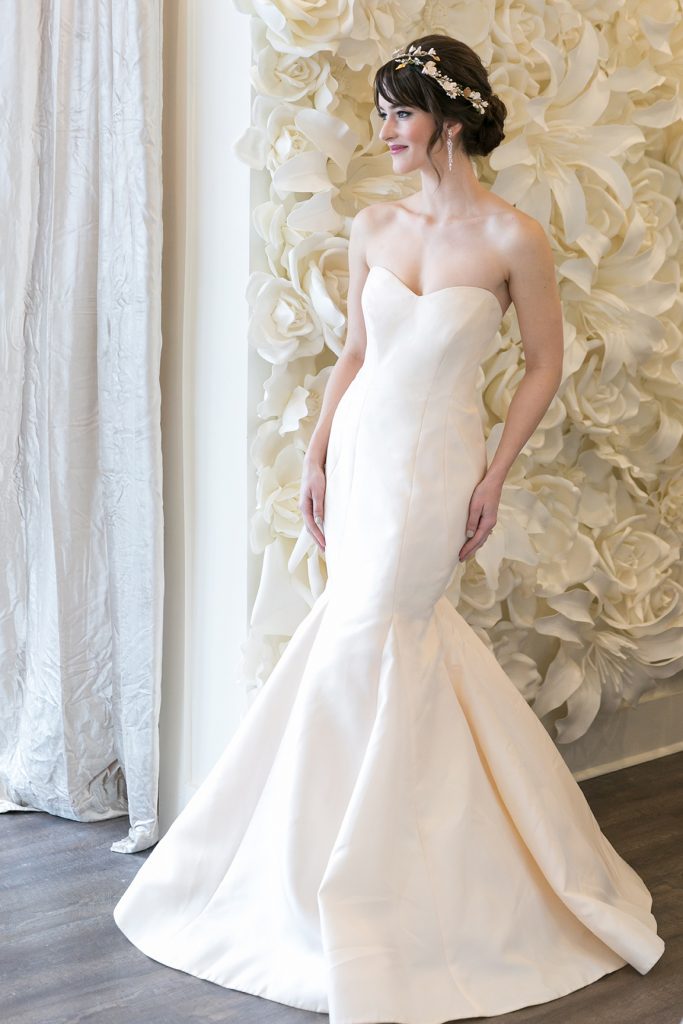 Racking up air miles became sport for Manning once she went to work for the Dillard’s home office. Seoul, Tokyo, Paris, Milan – there was so much time in transit that she would have to look at her calendar to see where she was some days. Her specialty at Dillard’s in the early days was handbag design. She can still recall the Italian leather tannery that she used for some of her favorite Tre Vero bags. Manning went on to become creative director over all accessories, intimate apparel, sleepwear and home for Dillard’s.
Then she had an epiphany. She saw a “white space” in the marketplace for boutique wedding apparel. Now Manning knows this industry is her dream job, after opening a bridal boutique in the heart of the city where she could work one-on-one with brides, moms and party-goers. You’ve been warned: the gowns will take your breath away. And the customer service is how it should be when choosing a gown.
Manning and her staff will meet with the bride and the mother of the bride or groom to find the perfect dress, accessories and shoes. She even has dresses and accoutrement for galas and formal wear. Her interest in prom was born from a desire to indulge her five nieces. Manning is providing a personal service along with a stellar inventory that is attracting the attention of brides in Denver and Nashville. This is how bridal-gown shopping should be. Some of Unveiled’s red-carpet designers include Marchesa, Monique Luhlillier and Lazaro. The price points are fair and competitive. 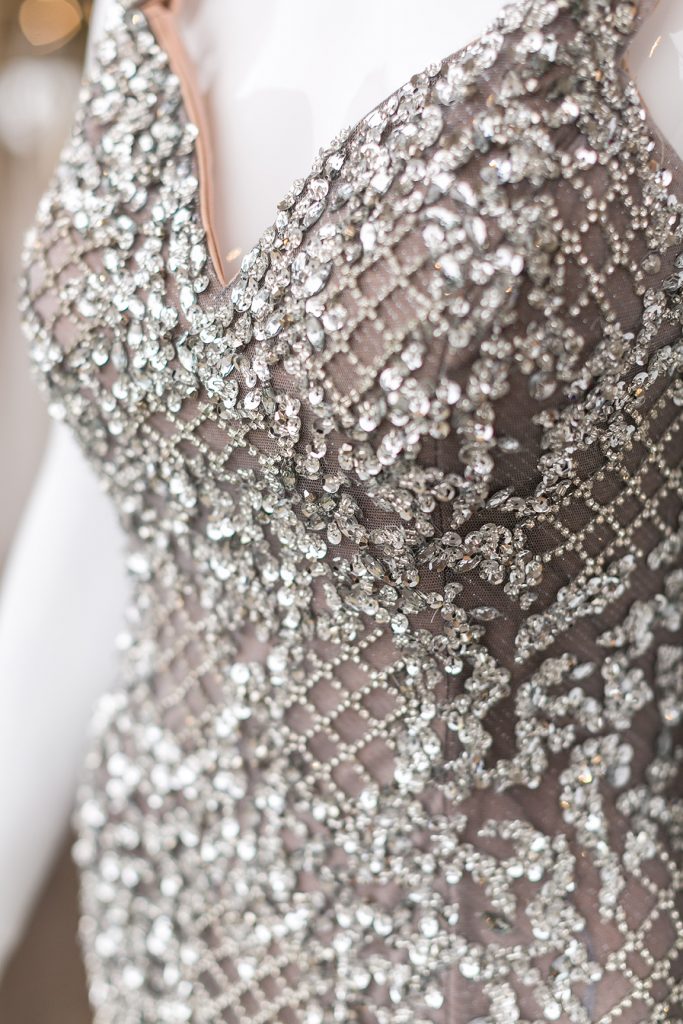 Manning added her last name at age 43 when she married the man of her dreams, Paul Manning. A quiet guy from Crossett in Ashley County, her husband was sucked into the Parkinson vortex; he really had no idea what he was in for. But he happily helps with the business.
A recent customer, Whitney Williams, traveled to Little Rock to shop at Unveiled Bridal Couture with some family and friends for a girls’ weekend. She said it was worth the trip from Springdale for the great customer experience.
Manning has made formalwear and bridal shopping personal and enjoyable. For more information, visit the website: unveiledlittlerock.com. 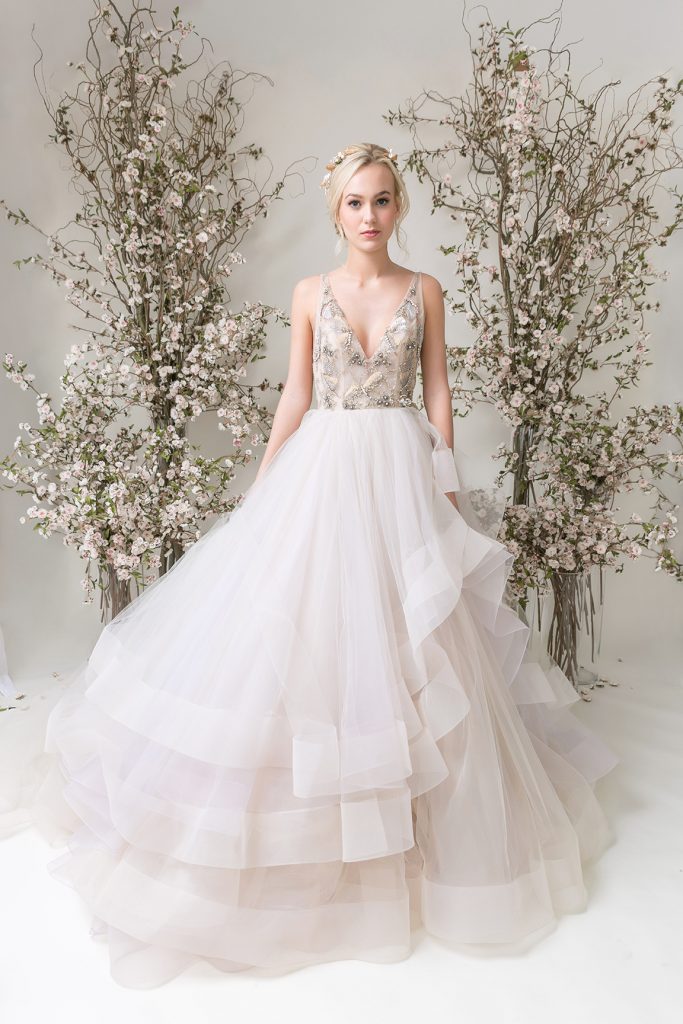