Vacationing to Hawaii? Here’s Where to Eat and Drink in Maui 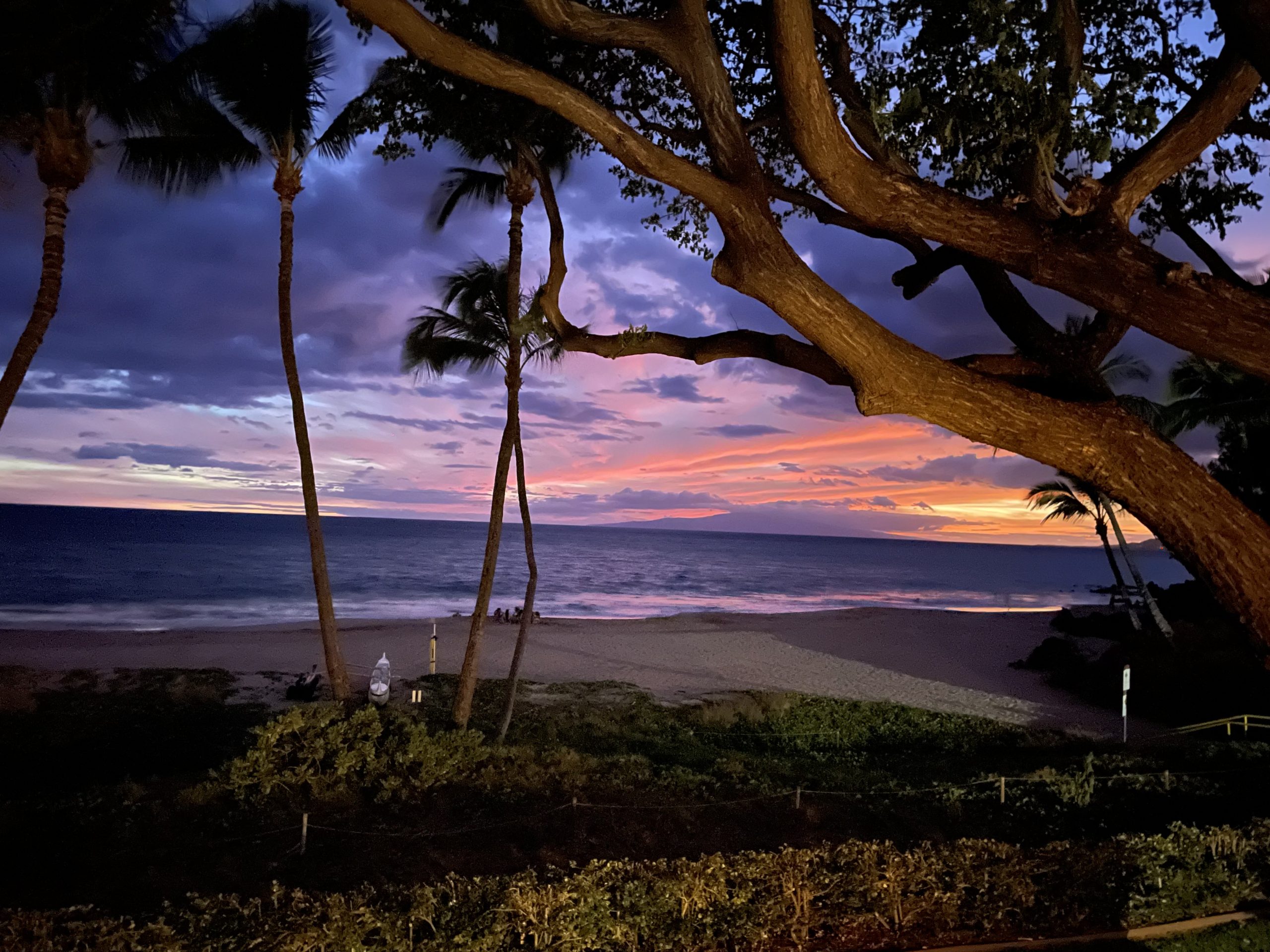 Where to Eat and Drink in Maui

If you’re heading to Maui this summer or anytime in the near future, you might be wondering where to eat and drink. Here are some suggestions from our recent trip. My family and I stayed in the town of Kihei, so the list below will be a little Kihei-heavy. Also, you won’t find many upscale restaurants like Mama’s Fish House or Merriman’s below. We typically like to keep things pretty lowkey and chill on our travels, plus those restaurants need to be booked several weeks (if not months) in advance.

With all that said, here’s an eating recap from our week on the island. Hopefully it helps answer some of your questions on where to eat in Maui for your next Hawaii adventure.

We only went once to this cute coffee shop in the heart of Kihei. They serve a mean cold brew and iced latte. There’s plenty of parking in the rear and I think they even have a drive-thru. 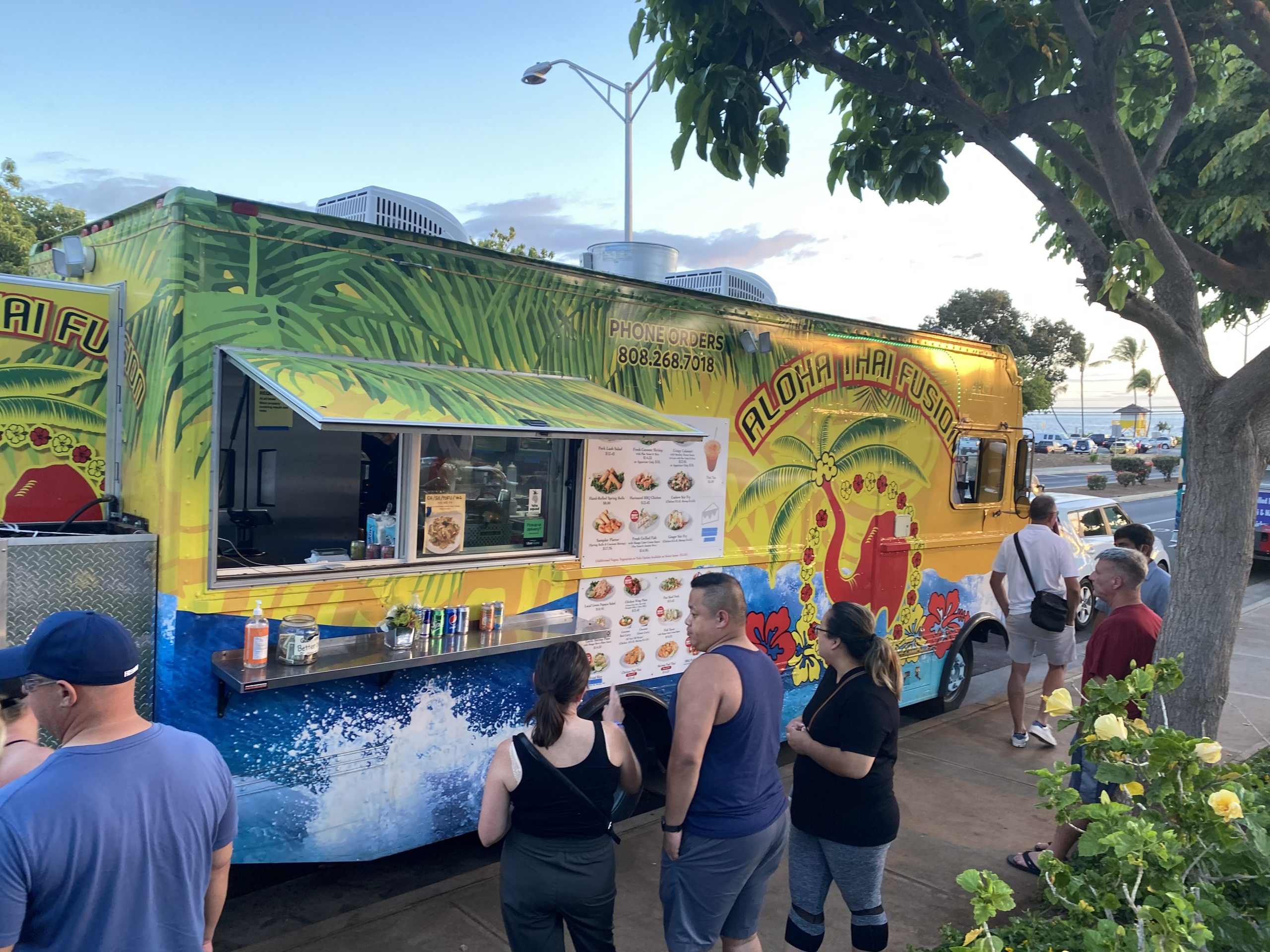 This popular food truck serves up Thai food staples like pad Thai and red and green curry. The Marinated BBQ Chicken is an excellent dish, but if you’re adverse to sweet flavors, I’d pass on the fish tacos with mango lime cilantro crema. I suggest ordering online and avoiding long wait times in front of the truck.

Coconut’s is known for their fish tacos. There are two locations in Kihei, and I imagine both are equally enjoyable. While some say this is the best fish taco in town, I’d give that award to another spot which will be mentioned later in this article. Coconut’s fish tacos come with what I believe is an ono/mahi mahi combo, along with slaw and mango salsa. Don’t get me wrong, these are fantastic fish tacos, as is the Volcano fries, a popular Maui dish topped with sriracha mayo and dried seaweed flakes. I also wanted to mention the fantastic service at Coconut’s — super friendly, even by Maui standards.

Foodland is a great, smallish grocery store in Kihei. My advice? If you’re not staying in a resort, but rather something like a Vrbo or AirBnB, go to Foodland (or any grocery store) after you land and stock up on the essentials. If you love poke, this place is a bit of a hidden gem with a bar that draws a pretty decent line in the afternoons. And the poke, while not the best on the island, is legitimately good. 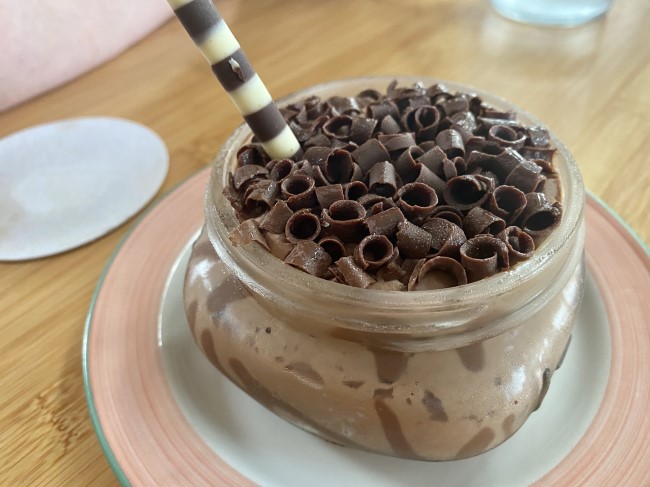 I could write an entire post about this restaurant. It’s absolutely fantastic, so much so, we immediately booked a dinner reservation right after a stellar lunch. Thankfully, they squeezed us in. If you want to go to Hali’imaile General Store, make reservations. The setting is laid back, the service is professional, and the food is off-the-charts good, thanks in large part to a small, yet well-executed menu. Just make sure to start any meal with their award-winning Tai Mai. Must orders? Bev’s Famous Crab Pizza isn’t much to look at but tastes terrific. The Sashimi Napolean, Trio of Asian Duck Steamed Buns, Maui Onion Soup, and Paniolo BBQ Ribs are all winners. But guess what? Everything at the restaurant is a winner. Don’t get me started on the desserts. 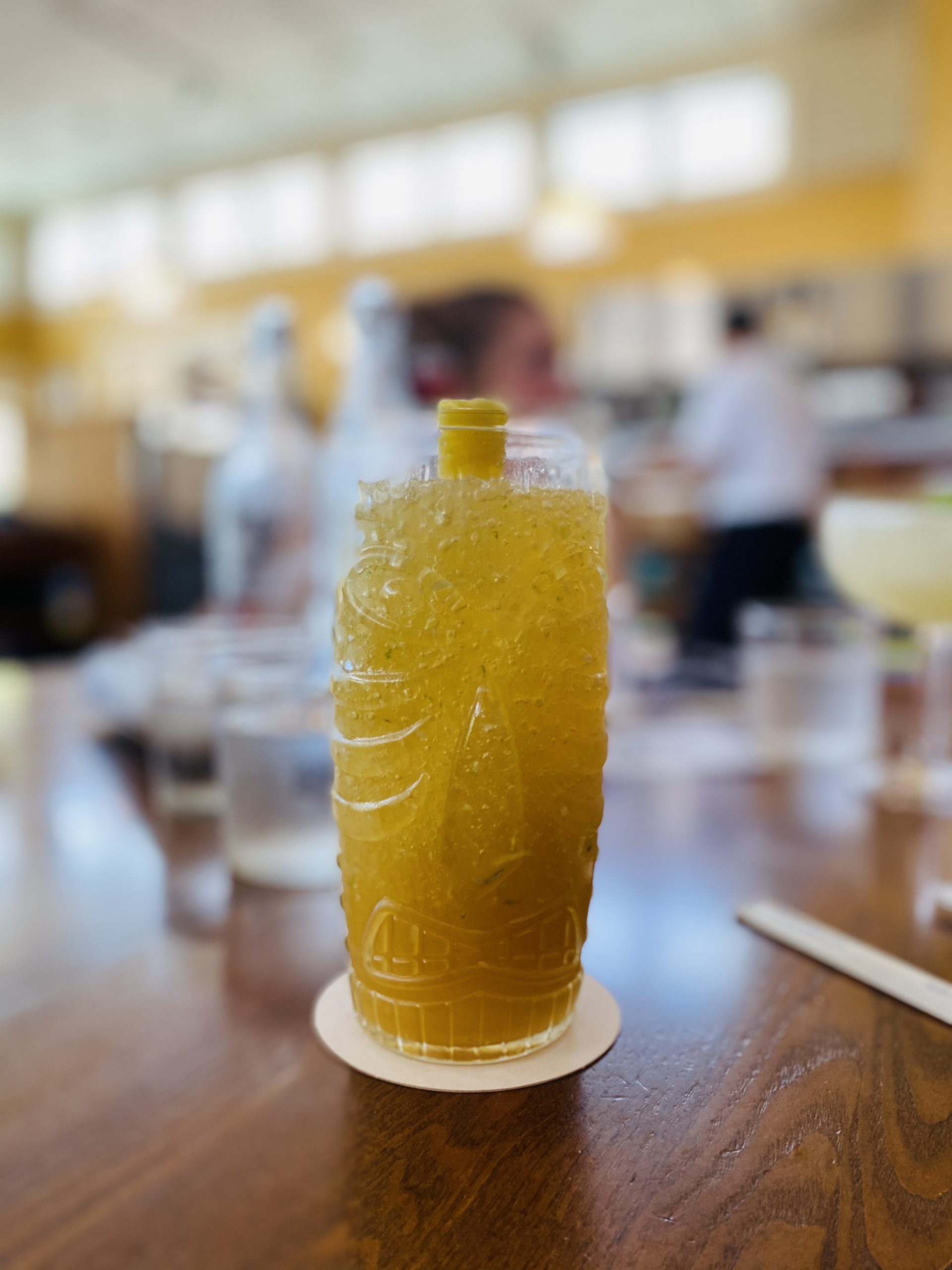 A cocktail at Hali’imaile General Store.

In some sense, this Lahaina restaurant is more about the view than the food. That’s not to say the food was bad, but considering the very high prices, a return visit from our family is highly unlikely. The spectacular ocean view, along with subtle waves just feet away are the big draws. The Greek salad with its slab of feta was quite good, as were the complimentary fried chickpeas, and my tuna with soba noodles. 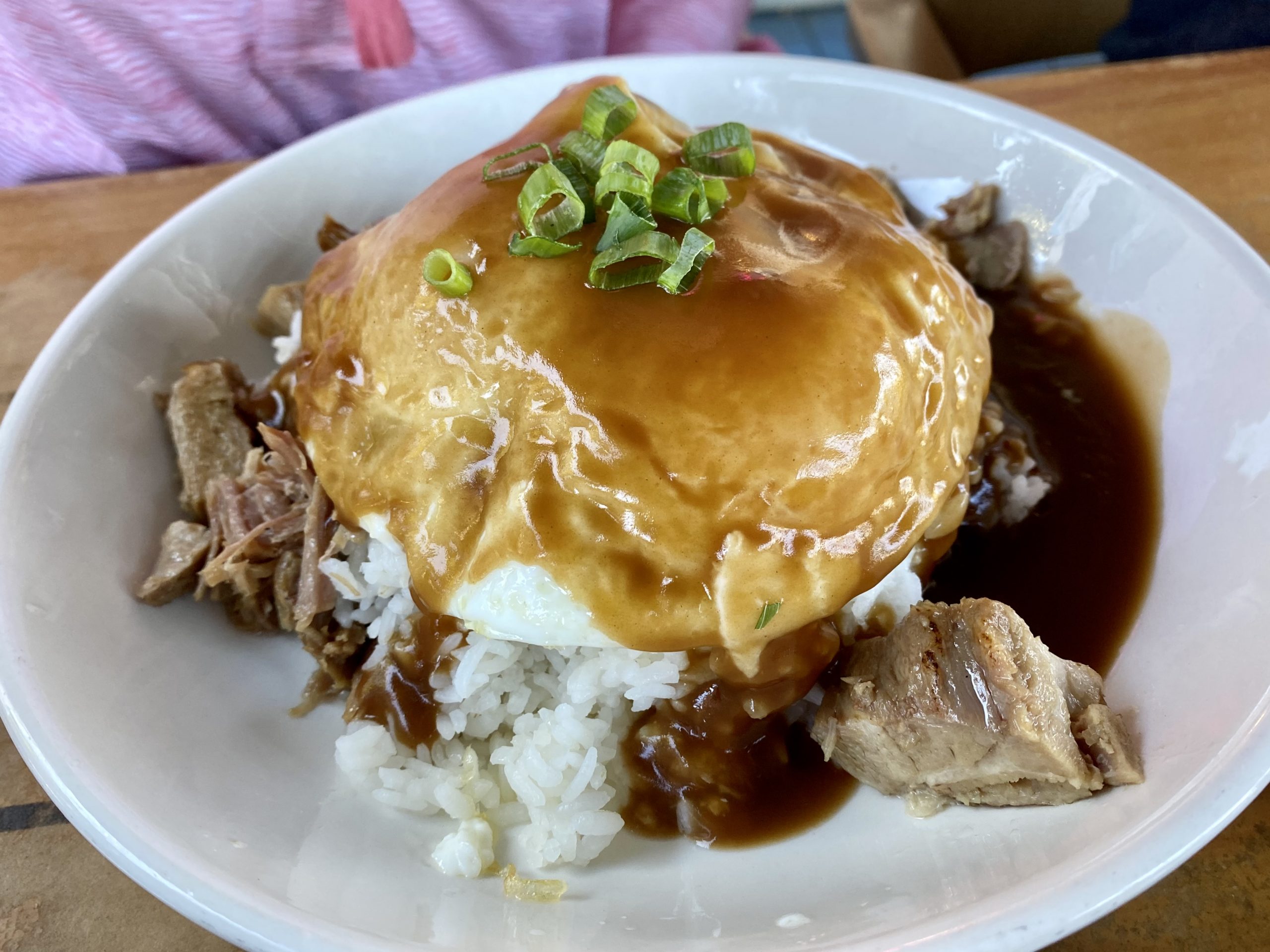 This crazy busy breakfast and lunch spot has huge portions at a reasonable cost, at least for Maui. Be warned, the line is long but moves at a nice pace. That said, get there plenty early to beat the crowds. Pass on the eye-popping cinnamon roll, which is a tad dry for my liking. The moco loco with pork, rice, brown gravy, and fried egg is a winning gut-buster. The parfait with plenty of fresh fruit is the hidden gem on the menu.

This proved to be the best coffee I’ve had in a very long time. We probably visited the Kihei food trailer twice a day (there’s also a trailer near the airport) and by week’s end, spent way too much money on java for a family of four. But hey, we respect great coffee. 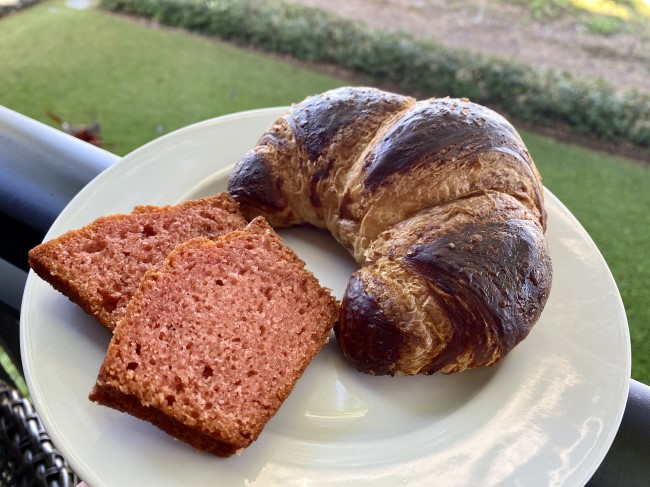 If you’re staying in or near Kihei, Maui Bread Company is a perfect spot to start your day with a few pastries and baked goods. The lye croissant tastes like a pretzel and a croissant had a love child. The sausage rolls are also delicious, as are the mini loaves of POG bread (passion fruit, orange, and guava). Tip? They open at 7 a.m. Get there at 6:45 a.m.

Unfortunately, this was our worst meal of the trip, but the beer, tranquil setting, and music were so good that I wouldn’t hesitate to go back. Simply put, this was the nicest brewery I’ve ever been to in my life. For a specific rec, the Pineapple Hana Wheat is an easy-drinking beer, perfect to bring down to the beach.

I didn’t eat here, but my kids did … many times. Shocker alert, they serve gelato, which, given the warm island setting, makes it a fan favorite by default.

I loved the vibe of the open-aired Nalu’s. My ahi tuna salad is something I’d order again, as was the Mai Tai and Volcano Fries. Nalu’s is casual, laid back, and just an easy spot to pop-in for a quick meal. They even have music in the evenings. This is a nice spot for families. 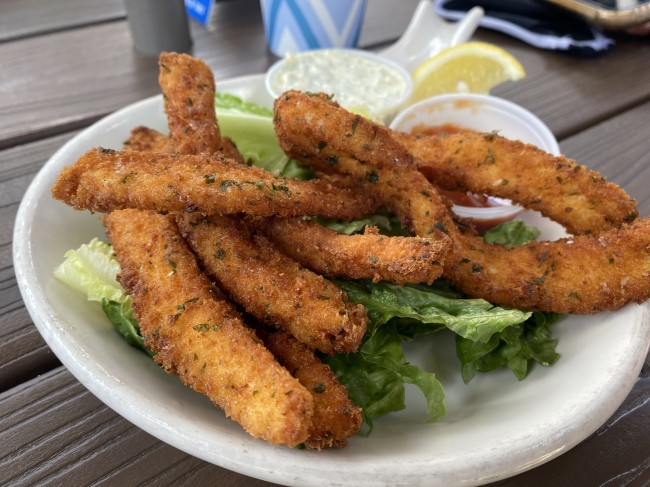 The calamari at Paia Fish Market.

There are three locations on Maui, and while I really wanted to try out the original in Paia, the one in Kihei proved to be a good choice for a late morning lunch. Pro tip: get the fish, any fish. I loved my sauteed piece of opah, a local fish with a firm, fatty texture. The fried calamari was also delightful, although my Mai Tai was my least favorite version from a week on the island. 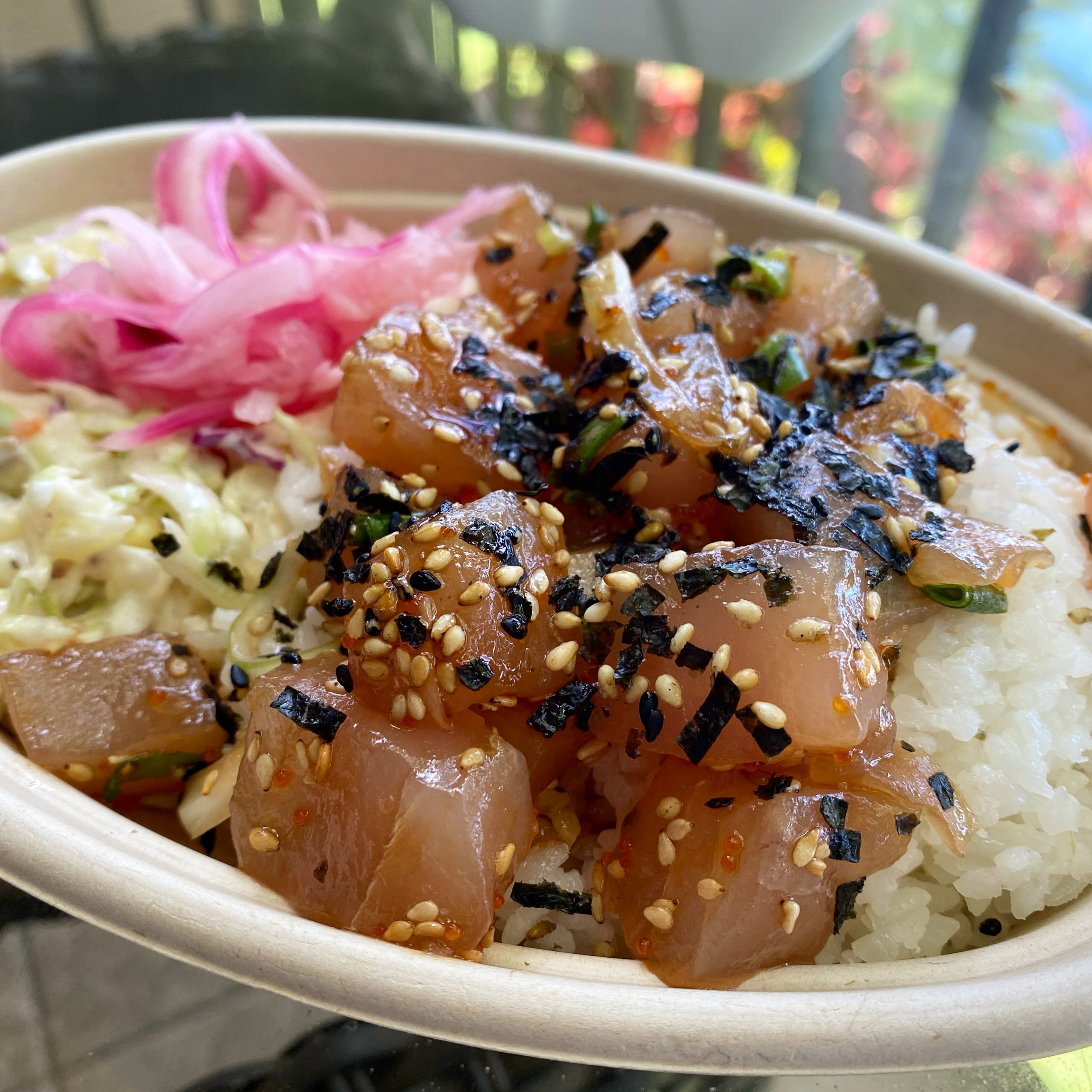 My goodness, where do I start? I’d be shocked If there’s better poke on Maui. But guess what? Their blue marlin fish taco was probably the best thing I ate all week. Heck, I didn’t even know you could eat marlin. Anyways, make sure to arrive at 11:15 a.m. for an 11:30 opening of this food truck. 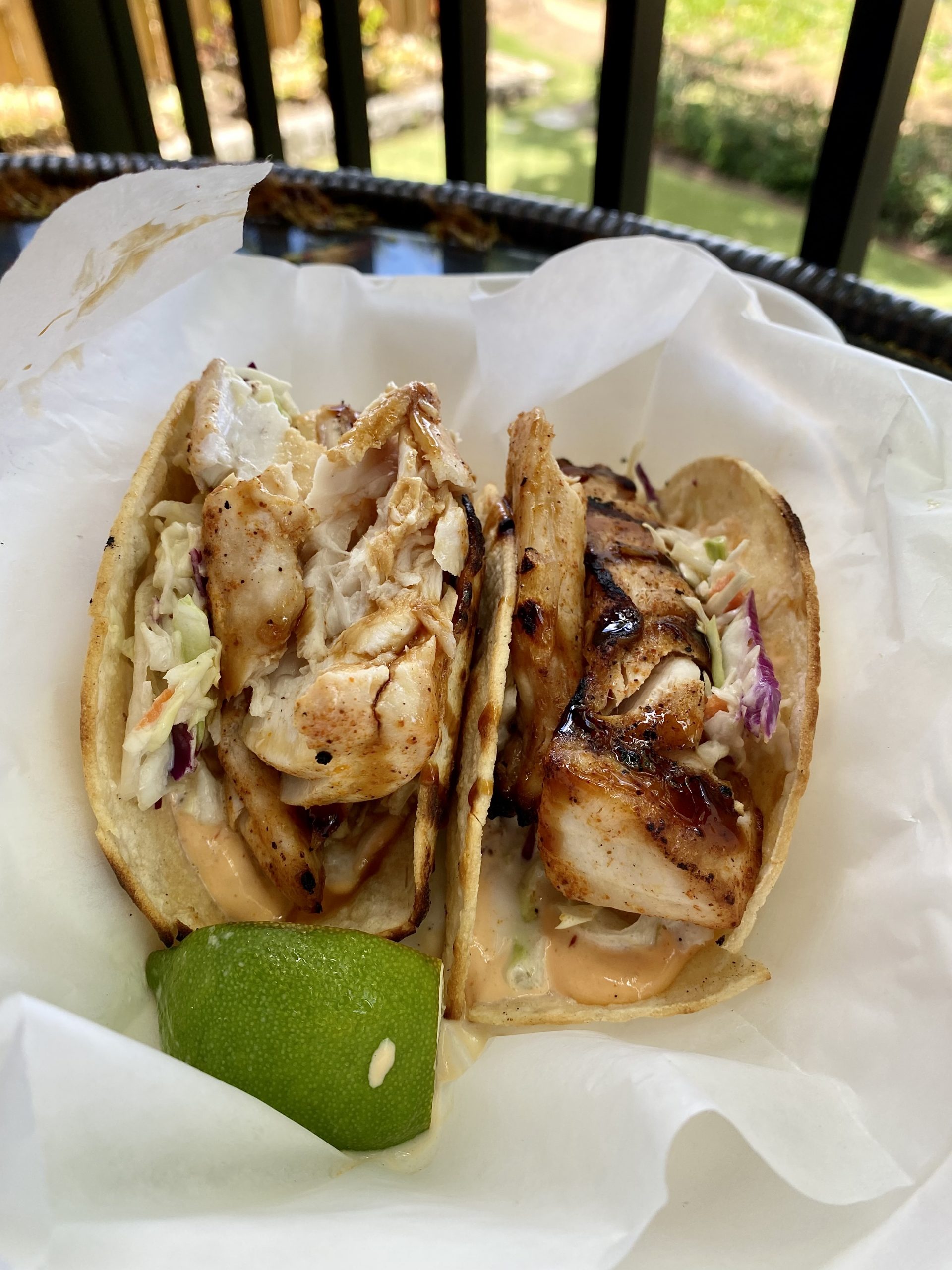 I love cookies but these were just not my thing. These resided somewhere between a cookie and brownie in terms of thickness and texture. But hey, my kids loved them, and they have plenty of fun flavor combinations.

If you are staying in Wailea, the Wailea Gourmet Markets is a must-stop. In fact, you’ll probably end up going there several times. The store has a little bit of everything—food, sundries, coffee, and souvenirs. 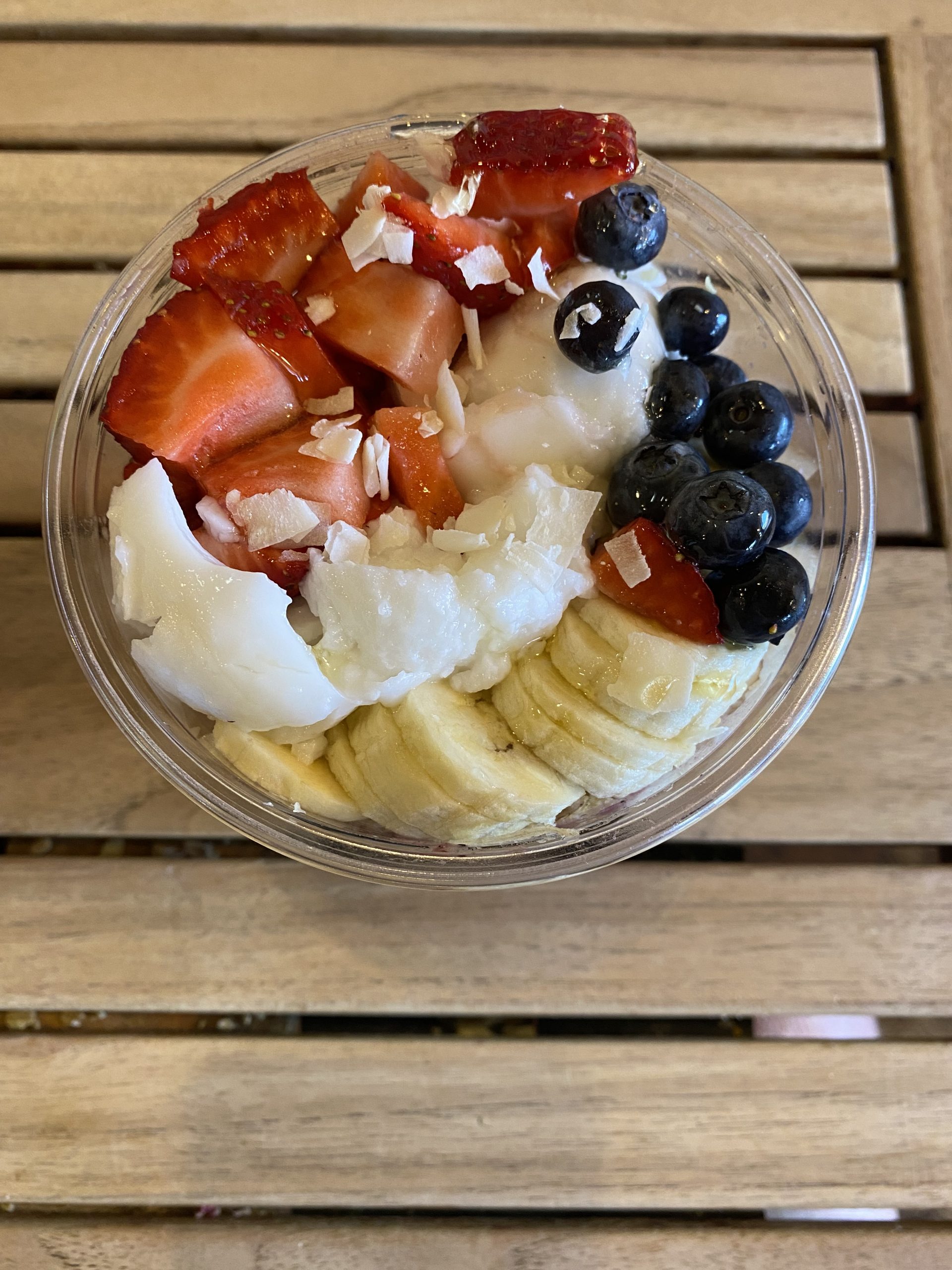 Maui does several things very well, and that includes acai bowls. You can find several options throughout the island, but I’ll just put a vote in for Wow Wow.

Other Notes: Make sure to spend a few hours in Makawao, a small, upcountry town with cute shops, the iconic Rodeo General Store, and an outdoor food court. The Lavender Farm is also a nice stop, especially if you have an hour to kill before your flight home. Finally, my only regret was not making it to Leoda’s Kitchen and Pie Shop for some pie. By most accounts, you really need to do that. Next time.