Vicky Williams: A Story of Survival 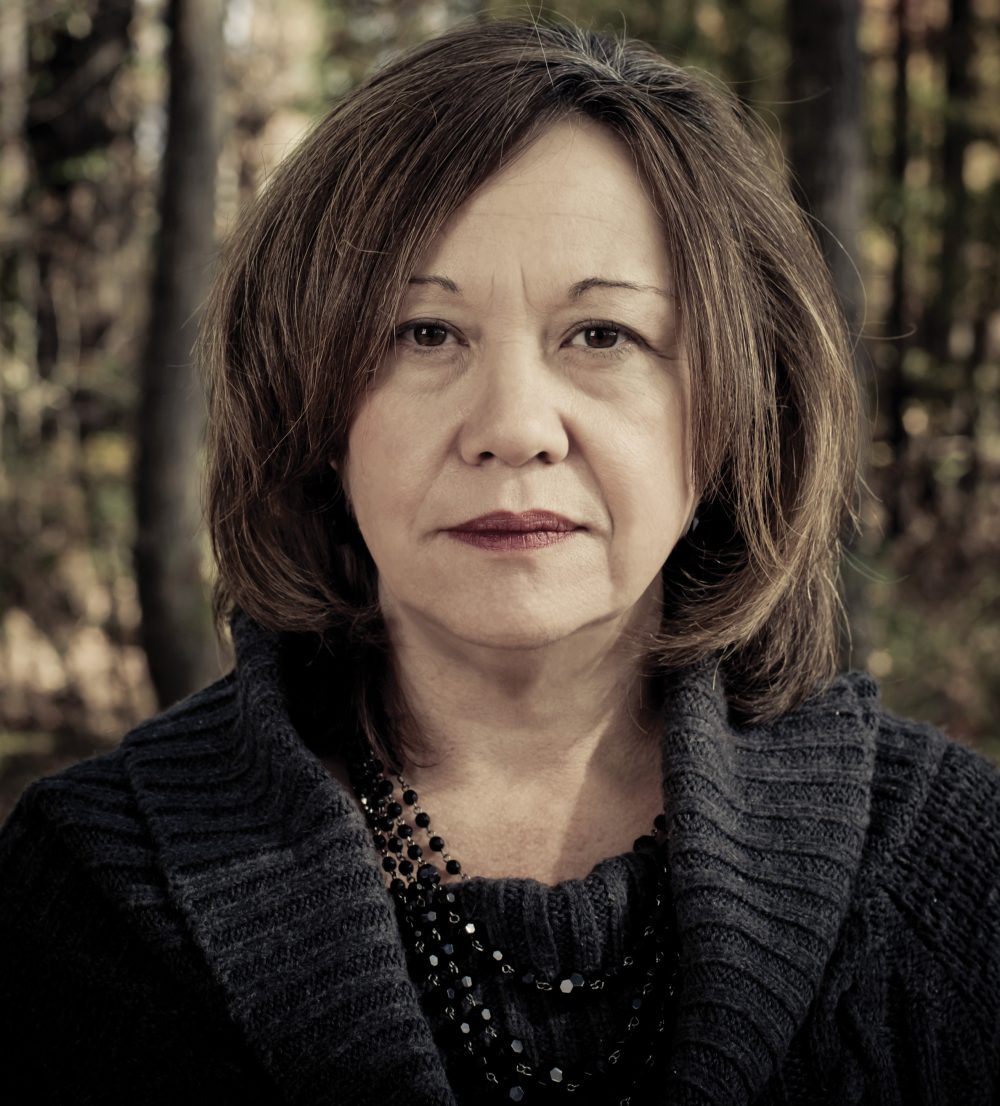 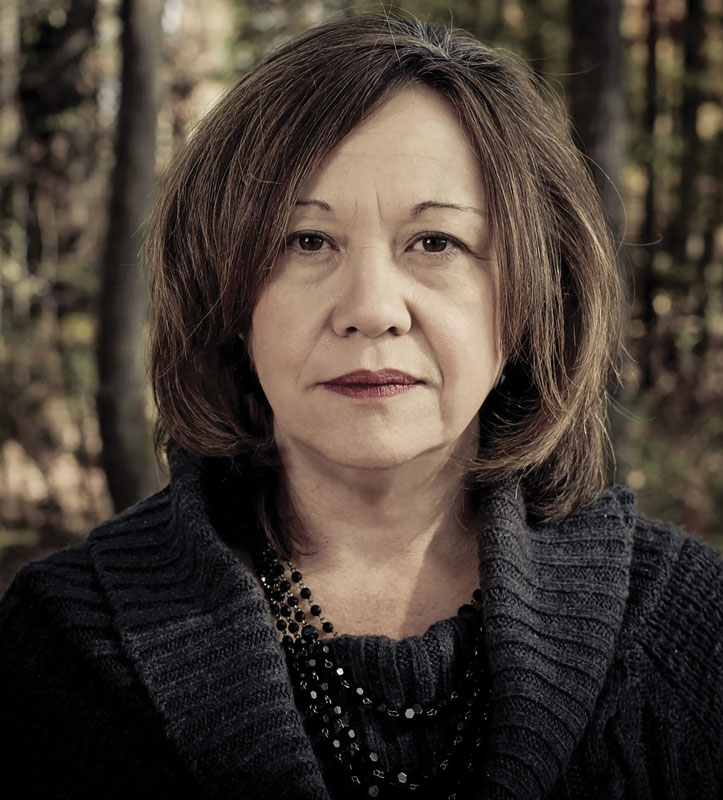 Vicky Williams fell in love with her best friend. They met in the sixth grade and began dating in high school. As an interracial couple in Texas during the late 1970s, their relationship had its obstacles. But according to Vicky, those obstacles only made their love grow.

By senior year, he had offers to play college basketball and Vicky had plans to attend the University of Arkansas. That all changed when she got pregnant. Already resistant to their relationship, Vicky’s parents demanded she put an end to it, threatening to kick her out. “’You’re dead to us,’” she says. “That’s basically what they told me.”

She didn’t end the pregnancy. In March 1980, they got married. They didn’t have much, but what they did have was a bond that grew stronger every day.

“We were isolated,” Vicky recalls. “We were all we had.”

In September of that same year, they had their first child, a beautiful baby girl named Valerie. Vicky went back to school and got her degree. She and her husband had good jobs. They bought their first home. In 1986, their second daughter, Vanessa, was born. Their only son, D.J., was born in 1988. They were happy. Vicky’s family slowly came back into the picture.

But it didn’t last. “It always seems like when everything is going great something bad happens,” says Vicky.

Her husband was dealt two tragic blows in a very short period of time. His stepfather, who he had grown very close to, died of cancer. A week later a cousin, who was more like a brother, was killed in a home invasion.

These tragedies sent her husband into a tailspin he just couldn’t come out of, says Vicky. Hooked on drugs and alcohol, his depression worsened. Through counseling, they discovered that he had a chemical imbalance, was bipolar and suffered from manic depression.

That’s when the verbal abuse started. And then, the physical abuse.

Vicky remembers one episode when her husband threw her into the back of their van, gun in hand. He intended to kill her, she believes. Her husband stopped the vehicle, dragged her from the back and pointed his pistol at her.

“He said, ‘I love you so much I would die for you,’” she recounts. “Then he turned the gun on himself and shot himself pointblank, right in the chest.”

He survived. But Vicky knew something had to change. She decided they would move north. She believed if she could get her husband out of his surroundings, away from his triggers, things would get better. He had family in Colorado who could help them land on their feet, so that’s where they went.

Those would end up being the worst days of Vicky’s life. “At that point, I was completely isolated,” she says. “It escalated.” Each night Vicky prayed she wouldn’t have to wake up and go through it all again. “Every day was a beating,” she remembers.

Vicky finally decided it was time to leave. She told her husband she was leaving and taking the kids with her. He responded by breaking a cast-iron skillet over her head. Had she not raised her hand to shield herself, the impact would have likely killed her. Her pinky finger is still crooked from where it broke. The violence woke Valerie, and she called 911.

When she was released from the hospital, with her husband in jail, Vicky packed up the kids and moved back to Texas. But she still communicated with him.

“He called me every day,” she says. “As long as a woman who has been abused keeps having contact, it’s still controlling. It doesn’t matter if it’s over the phone or he’s there.”

During that time, he admitted himself to rehab. He was out of jail, and he was getting better, she thought. “I believed him,” Vicky says. “I pack up my three children and I go back to Colorado. I’m on a bus and my arm is still in a cast… The good behavior lasted about a week.”

The violence continued, and Vicky went back to Texas. And, eventually, so did he. Things got better, if only for a little while. But his drinking continued, and again, she left. Vicky left a total of three times.

The final split came one evening in 1999. It was the day after D.J.’s 11th birthday. Vicky’s husband was supposed to take their son fishing. Instead, he took him to buy crack cocaine. As he went into a home to make the purchase, he left D.J. in the car with a 9mm handgun in his lap, telling his son to shoot anyone who gave him any trouble.

When they returned home, they found a car parked in the drive. It belonged to a neighbor’s friend. “He thought someone was with me in the house,” Vicky recalls. “He came in and hit me so hard it busted my eardrum. He just went off.”

But in his fit of rage, Vicky’s husband did something he had seldom ever done. He left Vicky at home with both children — their eldest daughter, Valerie, was by then an adult, living on her own. This was their chance. 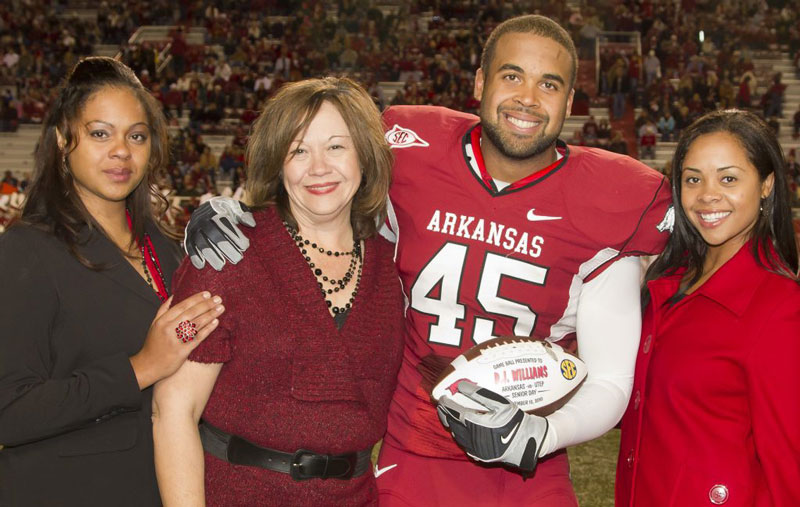 “I looked at Vanessa and told her, ‘if we leave, we’re leaving with the clothes on our back,’” Vicky recounts. “And D.J., he just had a birthday and didn’t want to take anything with him. He said, ‘Mom, I just want to get out.’ Vanessa already had a bag packed, hidden under her bed.”

With the help of a friend, Vicky and her family fled to a shelter in Dallas. Within hours of their departure, she received news that her husband was involved in a shooting. “He was trying to figure out where we were,” she says. “He thought, in his head, people knew. So, he shot someone. He shot him multiple times.”

The victim survived, but her husband was on the run. The staff at the Dallas shelter advised them to leave, saying it was not safe for them to stay in Texas.

“I had no idea where to go,” Vicky remembers. “They pull out this map, and I just started to cry. And for whatever reason, D.J. says, ‘Don’t worry, Mom, we’re going right here.’ And he points to Little Rock… He had no reason for it; he was 11. He’ll tell you God led his finger there.”

With an old car given to them by her mother, Vicky drove her two younger children to Little Rock. There, they found shelter at Women and Children First (WCF).

Established in 1978, WCF is the first and foremost domestic violence social service agency in Central Arkansas. And it saved Vicky’s life.

Cathy Browne serves as chair of the WCF Board of Directors. “Our mission has always been to provide a safe haven for women and children, and even men, who are in crisis,” Browne says.

When a victim of abuse comes to WCF, they are connected with experienced counselors. “Through this process, we want to show them that we can help,” Browne adds. “There is light at the end of the tunnel. We’re not just keeping them safe, we’re giving them hope, showing them there is a way out.”

For Browne, one of their biggest challenges is getting the word out about the organization, showing victims there are options available.

Vicky agrees. “I think the biggest thing is that women don’t realize they have options,” she says. “You’re embarrassed. You don’t want to tell people. And that’s a mistake. 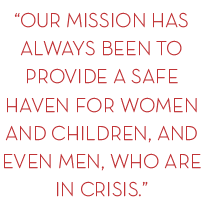 “The biggest mistake a lot of women make is staying because they think they’re protecting their children,” says Vicky. “I thought this was just happening to me. I thought I needed to keep them in their home.”

Times may have been tough for the Williams family when they settled into Little Rock, but thanks to WCF, they were safe. They felt loved, and they were happy. Vicky found a job. On pay days, she took the kids to a used CD store and let them pick one out.

For D.J., coming to WCF meant getting to feel like a kid again. As an adult, he encourages victims to look past the negative connotations they might have of shelters.

“You can’t let that creep into your mindset,” he says. “For us, we had a spacious home. But there was someone there we were scared of 24/7… Ultimately, the most important thing the shelter provided us with was the feeling that we were safe.”

While making that leap may be scary, he says it’s critical for a victim to put their life on track. “You can stay in a house where you’re not sure your husband is going to beat you or not,” D.J. says. “Or, you can focus on what’s really important and start building a better future. I’m super happy my mom did it… I was happy she felt safe.”

Though they’re older now, with families of their own, Vicky’s daughters remember the abuse, too. And they offer advice to children who have found themselves in a similar situation.

“Be vocal,” she says. “Express how you feel about the situation to the parent. I didn’t do that as a child, and my mom thought she was doing us a favor by staying. Without even realizing it, she was doing more damage to us, her children, then she would have by leaving.”

Valerie, the eldest, says children need to let others know about what’s going on inside the home, too.

“Tell somebody until somebody listens,” she says. “That’s what you do. As a kid, you’re stuck. You want to get away, but you can’t. You have no control. The victim isn’t going to tell somebody because there are repercussions. But that’s the only way.”

In 1999, WCF helped the Williams family put the pieces of their life back together. Vicky’s children, who had at one time contemplated suicide, are successful and actively give back to the shelters in their communities. She gleams just talking about them. Valerie holds fashion show fundraisers benefiting the shelter near her Texas home. Vanessa and her husband host a 5K each year in Jonesboro to raise awareness and funding for domestic violence programs. D.J. uses his statewide fame as former Razorback and Green Bay Packer football star to promote fundraisers for WCF in Little Rock.

The largest of those fundraisers is the annual Woman of the Year Gala, which will be held on Jan. 20, at the Marriott Grand Ballroom, in Little Rock. This year’s honoree is Rev. Betsy Singleton Snyder.

Individual tickets are $300, and tables of 10 are $3,000. The funds raised during the event will aid WCF’s efforts throughout the year.