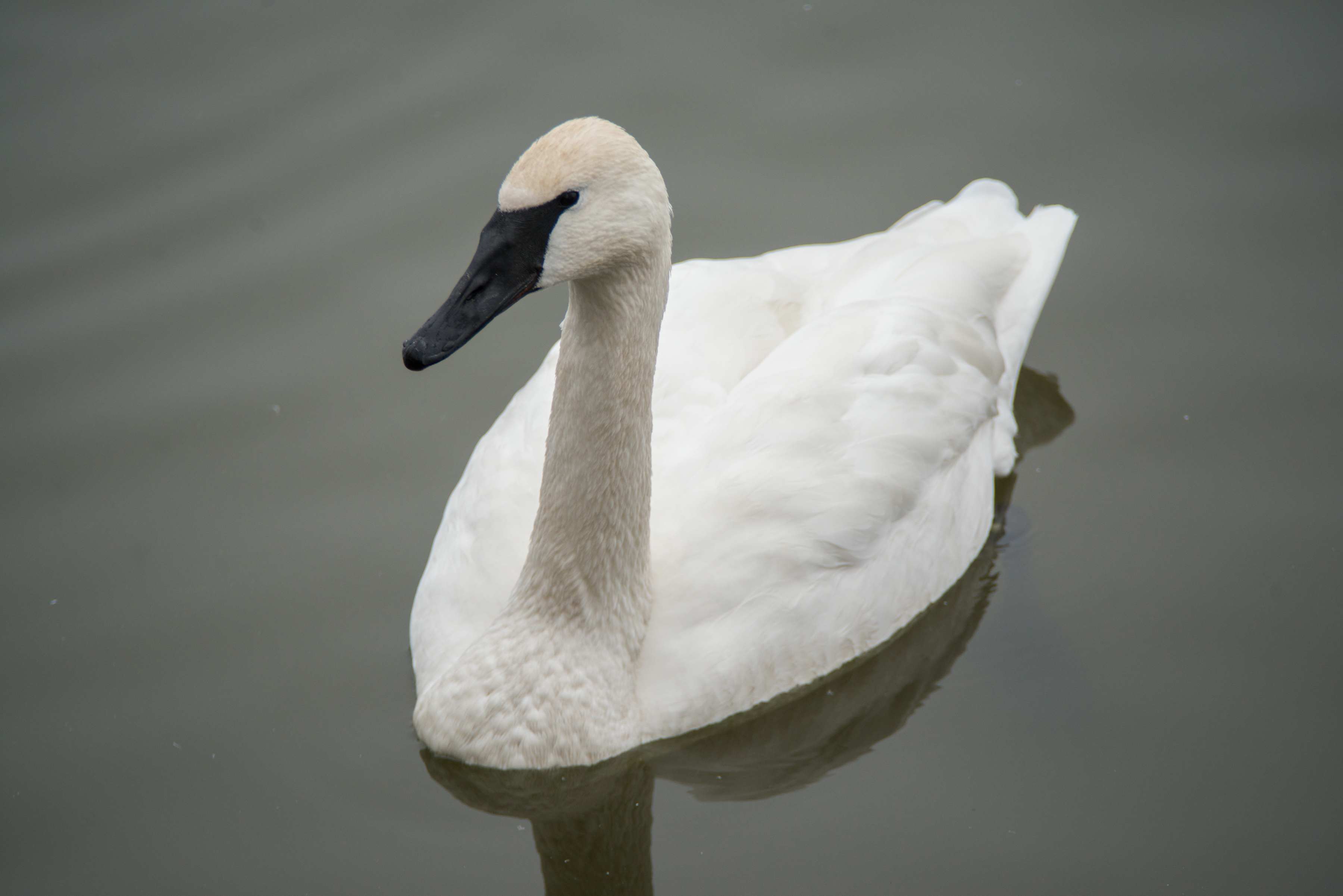 Each year, more than 100 trumpeter swans descend on Magness Lake, a small oxbow off the Little Red River. This wintering population of birds flocks to Heber Springs from their Midwestern homes and their arrival makes for an exciting birding experience. Their stay extends from late November through February.

These huge, snowy white birds are the largest waterfowl in North America, according to the Arkansas Game and Fish Commission. Trumpeters may weigh up to 35 pounds and have 8-foot wingspans. In comparison, the giant subspecies of Canada geese living in Arkansas weigh about 12 pounds. Snow geese weigh about 7 pounds. A male swan is called a cob and the female is called a pen. The young are called cygnets. Click here for the Trumpeter Swan Society’s swan identification page.

Chances of seeing numbers of the trumpeter swans are best in late afternoons. During the day, they roam around in small groups, feeding in spots sometimes miles away. But they return to the lake before dark. A few of the swans usually hang around the lake during midday, too. Shelled corn is the only recommended feed.

There is no cost to view the birds. To get to the established viewing area drive east on Ark. 110 from its intersection with Ark. 5 and 25 just east of Heber Springs. Go 3.9 miles from the intersection to Sovereign Grace Baptist Church, marked with a white sign. Turn left on Hays Road, a paved county road. The lake is about a half-mile down this road, and a gravel parking area is at an S curve in the road.

Trumpeter swans are increasing in Arkansas, and are the focus of a multi-agency experimental program in parts of the state apart from Magness Lake, where they have been wintering since the early 1990s. Trumpeter swans have been released at two other areas of the state in hopes that the young swans will return to both areas in the winter and eventually bring their families. It’s a process called “reverse migration imprinting.”

While viewing the Trumpeter Swans, you’ll find plenty of places to eat, stay, and play in Heber Springs. Founded as a health resort and first called Sugar Loaf in the mid-19th century, the city now serves as a gateway to Greers Ferry Lake and the Little Red River. The historic downtown district includes a stately county courthouse with traditional square, a museum, antique shops, restaurants, restored theater and Spring Park.

Greers Ferry Lake, one of the state’s most popular lakes, is known for great fishing and water recreation. Camping, cabins and world-class resorts overlook the lake. The U.S. Corps of Engineers completed the 31,500-acre lake in 1963, and President John F. Kennedy came to Heber Springs in October of that year for the dedication. Below the massive Corps of Engineers dam, the Little Red River is internationally known as the home of the former world-record brown trout (40-pound, four-ounce). Trout resorts and outfitters are available. The lake and river have served as national models for environmental cleanliness.