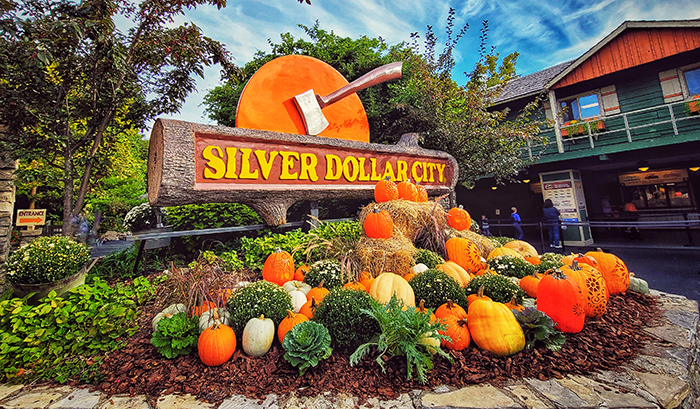 By Day and Night, The City’s Set Aglow During Harvest Festival

What better way to spend your hard-earned vacation than at the No. 1 amusement park in America, and what better time to visit than during Silver Dollar City’s acclaimed Harvest Festival featuring Crafts & Pumpkins In The City? 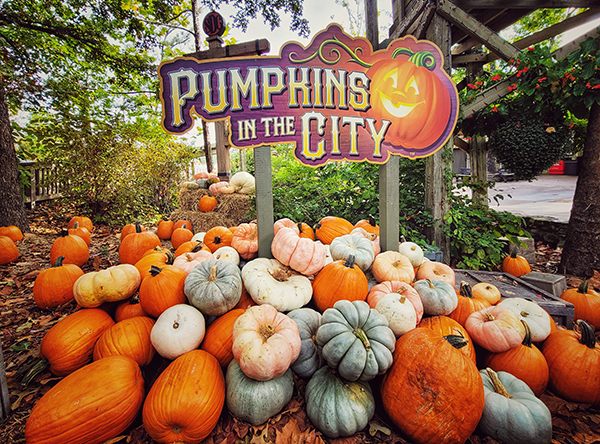 The experts over at Silver Dollar City have been hard at work turning 2022 into the park’s biggest entertainment year ever, and this fall will be no different, featuring more than 15,000 pumpkins, larger-than-life sculptures, and the new Foggy Hollow lighted pathway. From September 21 through October 29, you can please the thrill-seekers and the family friendly chill-seekers in your life. For those with a sense of adventure, the park has no shortage of internationally renowned roller coasters and rides like the spinning Time Traveler. Those looking to avoid the heights and enjoy something cozier will find no shortage of autumnal attractions, starting with an array of massive pumpkin sculptures. Displays of the gorgeous gourds include the 14-foot tall “Lucky” dog (the Dalmatian mascot of Fireman’s Landing); colorful bats with 5-foot wingspans perched atop lighted areas; craftspeople patterned after the park’s own master crafters; and an icon scarecrow more than two stories tall. Continuing through pumpkin paradise, The Garden of Giants also returns this year with real, half-ton pumpkins set along new expanded paths at Wilson’s Farm. 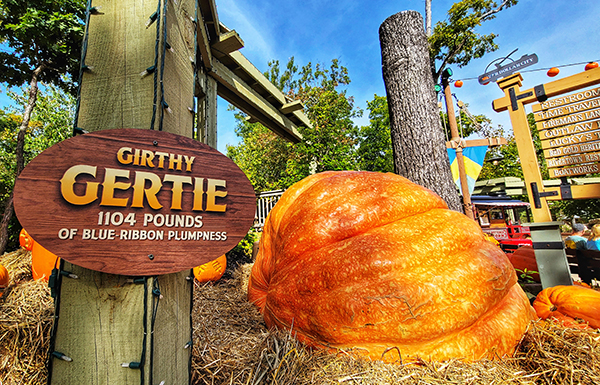 That’s on top of the thousands of hand-carved pumpkins glowing throughout the park. For the little ones, the night comes alive with a blacklight glow-in-the-dark dance party where kids can dance alongside life-size pumpkin pals. Foodies can also rejoice with Silver Dollar City’s Harvest Tasting Passport and a mouthwatering array of specialty foods from more than 20 eateries across the park. Delicacies range from fan favorites like the pork belly skillet and smoked sausage mac and cheese cones to the fantastically fall-flavored salted caramel apple funnel cake. If you’re craving pumpkin-forward offerings, there is no shortage of dishes to delight your autumn appetite. Here are just a few: Pumpkin and marshmallow sandwiches, pumpkin cheesecake cones, pumpkin chili, pork sandwiches with pumpkin barbecue sauce, pumpkin spiced ribs and pumpkin bread pudding. Also on the tasting menu is the Chuckwagon Cook-Off over in Cowboy Camp. Western-themed chefs will battle it out by preparing a traditional cowboy dish that will be tested by the audience. 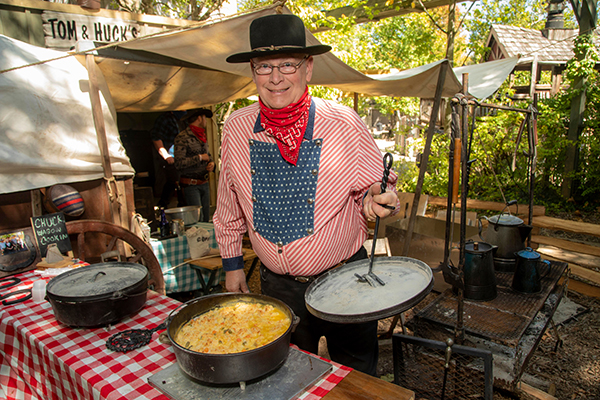 The Chuckwagon King will be crowned by a show of whoops and hollers. Not to be forgotten is what makes Silver Dollar City “The Home of American Craftsmanship” as designated by the U.S. Congress. While live music plays from the outdoor stages and cowboy lore is brought to life by legendary chuckwagon chefs and storytellers, dozens of demonstrating crafters will share their talents from the streets and courtyards. World-renowned pumpkin carvers will be on display, while intricate creations such as   jewelry, quilts, appliqué and woven rugs can be found at the Maker’s Market. Returning this season is famed watercolor artist Buck Taylor, known from his youth on the TV series Gunsmoke and now seen in the series Yellowstone. No matter what the season looks like for you, the Harvest Festival featuring Crafts & Pumpkins In The City is a must-experience for the whole family. 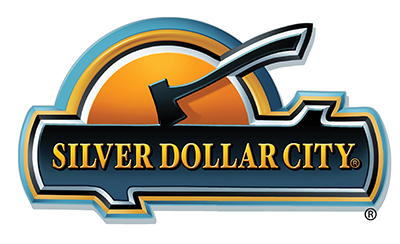 The Harvest Festival featuring
Crafts & Pumpkins In The City runs from
September 21-October 29, 2022. 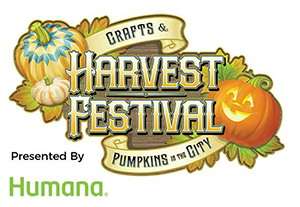