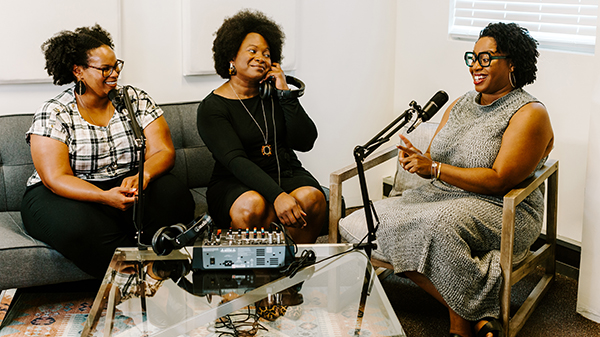 Black American history is often discounted from retellings of history, though it is often said the world does not move without Black creativity. Adena White, editor of Conway Publications through the Conway Chamber of Commerce and co-host of Blackbelt Voices, celebrates Black culture and heritage year-round through a passion project turned podcast.

White grew up in Conway County, where her learned experiences shaped her understanding of the world. She grew up in church, just as many Southerners do, and attended predominantly white institutions (PWIs).

“I remember growing up as one of the only Black people in my school; I was proud, but I had to learn to be OK with not caring what other people think,” White says. “I remember being insecure about the way I speak. I was always a shy person.”

Growing older and still remaining in Central Arkansas, White began to recognize that some of her experiences were shared and, to an extent, seemingly universal.

“I think actually just being exposed to other people online, seeing how we all have such a common experience, makes you feel not alone — a sense of belonging and learning to be OK with being myself and seeing society shift and become more accepting,” White says, concluding that she found new truth in not only being smart but being accepted. 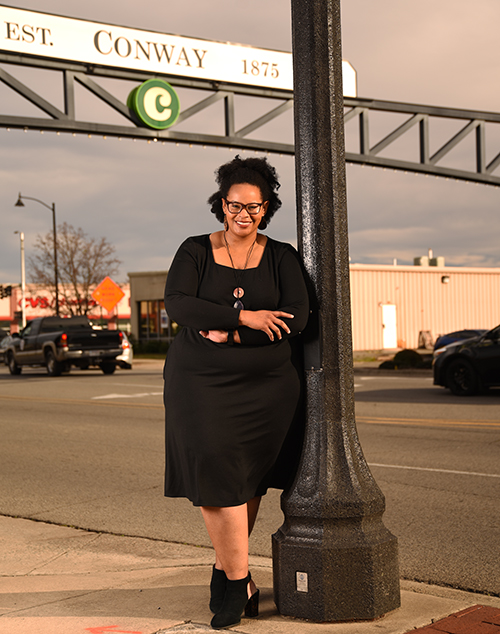 With her public relations background and skills in writing, White set out to start a blog to highlight voices in the South. Eventually, this led White to start Blackbelt Media, where even the name includes threads of history that tie Black southerners together.

Southern culture might include farming and a somewhat jaded past, but the creativity and history include so much more. The Blackbelt region stretches through Alabama in a land that is known and celebrated for rich, black soil that transformed farming. This area flourished by growing prized commodities that were cultivated by Black hands.

The phrase “Blackbelt” started as a geographical pinpoint but has grown through the years to represent places in the south where Black people are predominant. These are places where the culture is just as rich as the soil.

While the population of Black southerners dropped drastically following the Great Migrations, 55 percent of Black Americans still live in Southern states. With frustration from being ignored and misrepresented, an idea was sparked to create content relating to these shared experiences.

White had many moments that ignited her desire to do more. The biggest moment of shock came after the Charleston church shooting, which resulted in the deaths of nine Black Americans that were attending a Bible study.

“I grew up in church, and I also grew up seeing blatant racism, but what really made me upset was not only the loss of people but the reactions and debates following this, especially because the focus shifted from these people to the conversation about the right to use a Confederate flag,” White says. “To me, that moment made a huge impact on my life, and the conversation following became one about Christianity, not one about Black people.” 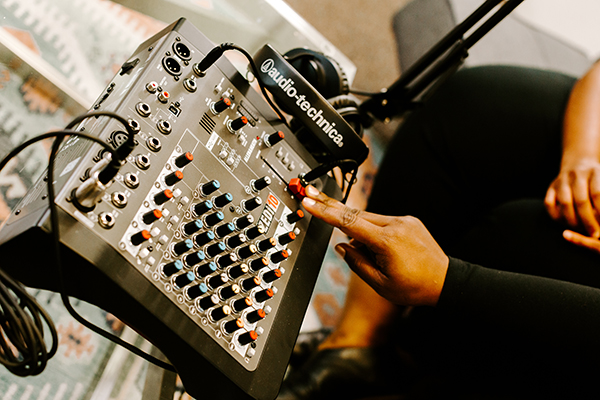 White set out to create these conversations, and in the light of them decided that she wanted to start Blackbelt Voices, the podcast that would later be featured in national outlets.

Reaching out to a fellow public relations professional, White brought Kara Wilkins into the project as a co-host. Later, White’s sister, Katrina Dupins, and brother-in-law, Prentice Dupins Jr., came on to help with the creation and production of the podcast.

It wasn’t long until Blackbelt Voices was being written, recorded and produced (starting  in the same studio where White’s cousin, Leo Cummings III, sits down for the podcast Black Dude White Dude) while telling Black Southern stories from first-person narratives. With the first podcast officially published in September 2019, White and the others had no idea where this venture would take them. In January 2020, Apple featured Blackbelt Voices as part of its “New and Noteworthy” list, and after the murder of George Floyd, the podcast released a special episode that would be recognized in a Vanity Fair article. Oprah Daily Insider listed Blackbelt Voices as one of the “15 Best Educational Podcasts.”

“My first thought was always, ‘Wow,’ and that there were people out there aside from Black southerners that were listening,” White says. “My second thought was always to critique and push myself to produce better.”

White recognized that she needed to nurture Blackbelt Voices for it to grow. So that’s what she set out to do. In a transition to the position she currently holds at the Conway Chamber of Commerce, she began to work part-time. This allowed her the focus she needed to cultivate Blackbelt Media into what it is today. 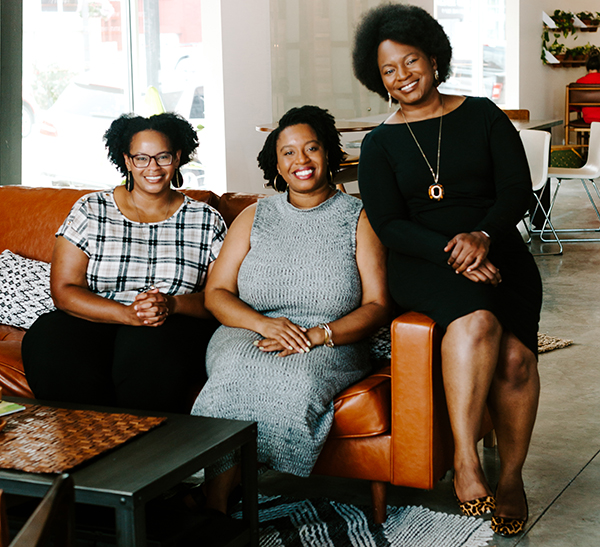 As a person who has lived in Central Arkansas for her entire life, White craves inclusivity to partner with the diversity in the area.

“I think inclusion looks like being able to have a say in your community; it means having your story included, and it not being prescribed to you,” White says, including the importance for people outside the South to stop writing the region off.

She stresses the ability to “have your story included, and own Southern heritage — own your Southern history and not having the phrase ‘Southern pride’ just mean something for white folks, but also to recognize how Black people have contributed to our region and culture, rooted in Black culture.”

White recognizes there have been great community resources in the area, including City of Hope Outreach and Conway Ministries. However, White noticed a gap in race-related organizations and initiatives up until recent years. Through working at the Chamber of Commerce, White noticed the change in people’s attitudes and how they wanted Conway to look, including more arts and entertainment.

“Being able to use your voice and inviting others to do the same, it shouldn’t take away from your experience,” White says. “Inclusion is everyone having a seat at the table without others being threatened. We all have voices; everyone wants to be a part of the big picture.”

She has highlighted voices of not just experts in fields such as anthropology, but she has also helped tell the local stories that need to be heard. One of the most notable stories White featured was one of the Conway community, Ronnie Williams, who retired from the University of Central Arkansas in 2021, with the Ronnie Williams Student Center named after him. This was not a story entirely about Williams though, it was a story about his brother Marvin, who died in police custody.

“I’ve always respected his involvement in the community. Knowing that he trusted us to tell the story was very humbling,” she says. “I cried when I heard the first few seconds of the episode. I was so proud of how it was produced, and it felt like a huge responsibility in a good way.”

Blackbelt Voices makes a point to educate. This is enacted in a wide range of topics, from history and culture to justice and liberation, as well as equity and economic opportunity.

White has had several moments confirming that Blackbelt Voices was her destiny.

“There are always moments when I am reminded that this is something that I need to be doing,” she says. “We all have doubts sometimes about it, but it energizes me. I love talking to these people and learning from them. We get out in the world, we do interviews and we remind ourselves why we do this.

“The more people like me use their voice, the more empowered others are to use theirs while creating representation and a better sense of belonging.”

Blackbelt Voices can be found anywhere you listen to podcasts.

READ MORE: The Dudes of the Moment