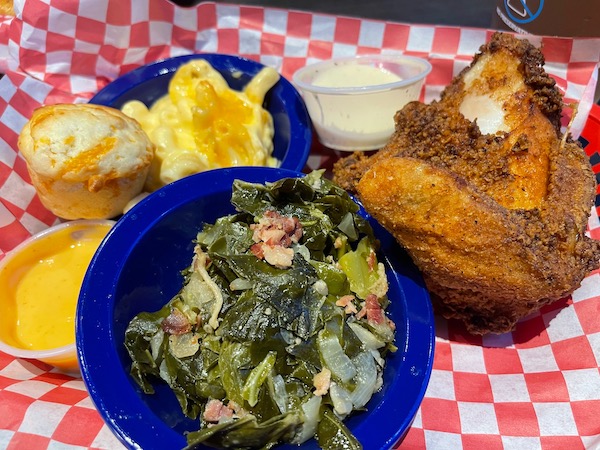 Waldo’s Chicken and Beer opened its first Arkansas location Tuesday at 4221 Warden Road in North Little Rock, occupying what locals perpetually call “the old Johnny Carino’s” location. (Or look for the towering red-and-white-striped entrance that, intentionally or not, is reminiscent of the “Where’s Waldo?” iconic striped shirt.) The store is the fifth for the small Nashville-based chain; this location is owned by the Keet family, who also brought Little Rock Taziki’s, Petit & Keet and Cypress Social. 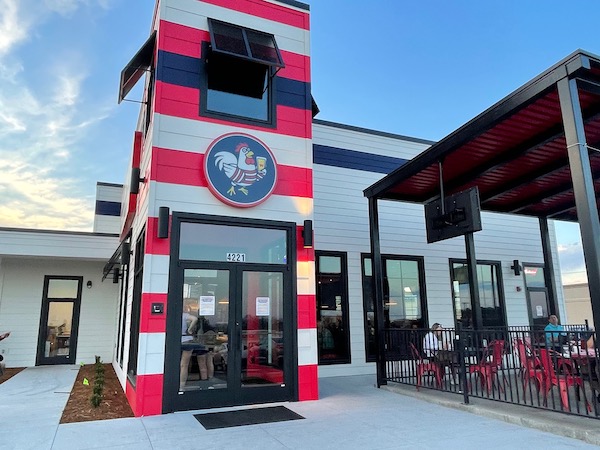 The new fast-casual restaurant, predictably packed its first “soft-opening” week, has counter service, indoor and patio dining, and a sports bar area with more than a dozen brews on tap. Commendably, at least half of those are from Arkansas breweries.

But the chicken’s the star. It comes fried or fire-roasted, or in wings that are both. Order it on-the-bone, in tenders, on a bun or in a salad. The entire menu is made from scratch in the kitchen daily. 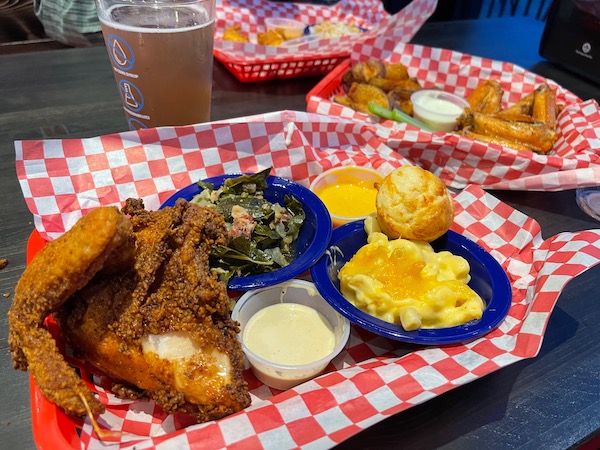 On our visit, we tried the ¼ white meat Southern-fried chicken plate with collard greens and macaroni and cheese; the 4-piece chicken tenders with white beans on the side; and a 6-piece order of lemon-pepper wings with potato wedges. Waldo’s has an array of homemade dipping sauces, and includes one or two with each order of chicken. We tried the honey mustard, buttermilk ranch, blue cheese and the tangy Alabama White and Comeback sauces.

First, let’s talk about the pickle-brined, buttermilk fried chicken. While the chicken is served hot, and the chain originated in Nashville, this is not Nashville hot chicken. Waldo’s is seasoned, but not spicy. A dark brown crust gives way to fantastically juicy and flavorful chicken breast, not a dry bite in sight. The attached wing slipped right off the bone. It doesn’t need the two sauces that come with it, but they don’t hurt.

The macaroni and cheese was top-tier: creamy, but covered in just enough baked cheddar to add some chew. And the collards, cooked with bacon and onions, tasted as Southern as they ought. The white beans, which appear to be meatless, were yummy, especially with some hot pepper sauce added. 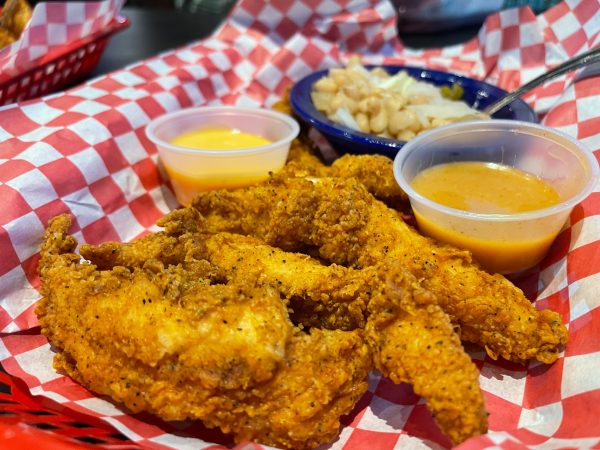 The chicken tenders were tasty, if a bit less distinctive. They’re mild enough for kids — of whom there were many on our visit — and big enough to fill adults. In short: optimal vehicles for trying out the sauces.

Some places bake their wings and some places fry them. Waldo’s does both. First, the brine, then the roasting, then the deep-frying, followed by a dusting or basting of flavor. The potato wedges were satisfyingly crispy on the outside and perfectly potatoey inside. The wings themselves are large and extra meaty — not the nubby little nibbly scraps we’ve encountered elsewhere. Delish. 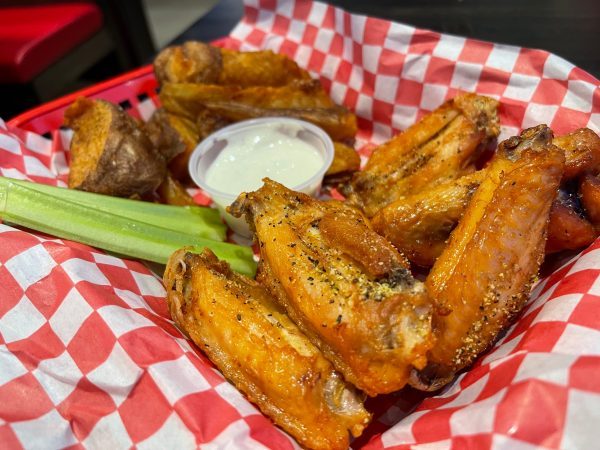 We’ll have to go back for the fire-roasted chicken, which is soaked overnight in a brown-sugar brine before being dressed with garlic butter and parsley, then roasted over a flame. And a fried chicken sandwich glimpsed as a server passed by looked like it would be at least as good as the famous Popeye’s variety.

Occupying the “More, please,” spot on the fried chicken plate: Waldo’s trademark honey-cheddar biscuit. The sweet-but-almost-savory biscuit (just one included) is small enough to be eaten in a large mouthful but good enough you want to make it last throughout the meal. A basket of six, available for $3.99, would be $4 well-spent.

Check out the full menu at waldoschicken.com.