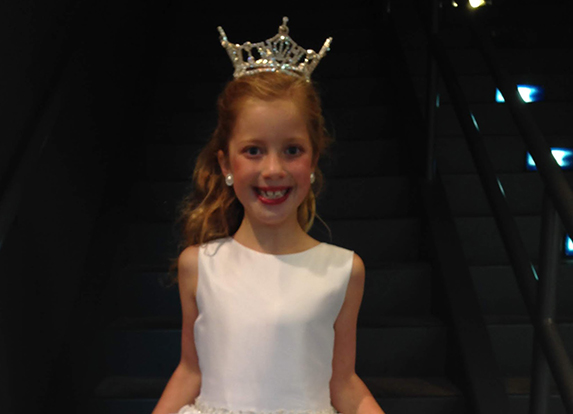 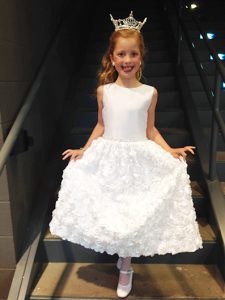 They gave her the nickname “Wheezy” because her mom says, “She was on oxygen a good portion of her infant and toddler life, and it made a wheezing sound.”

But that never stopped Eloise Owen from living life to its fullest, until that day in January 2016 when her body couldn’t fight hypoplastic left heart syndrome any longer.  She was just 9 ½ years old. 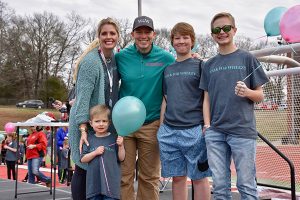 Eloise Owen was the only daughter to Sarah and Dr. Clayton Owen, DDS, in Cabot.  The Owens have busy lives with three sons at home and a huge community of friends and supporters who wanted to do something to honor the life of a little girl who fought a long battle with a congenital heart condition. It’s the fourth annual Walk for Wheezy.  It’s not a race – her mother Sarah makes that very clear, but a two-hour walk that is just one mile for half a heart. That’s what Wheezy had: half a heart. Walk for Wheezy is a non-profit fundraiser and community rally for Arkansas Children’s Hospital Cardiovascular Intensive Care Unit where the little blonde with the big blue eyes spent so much of her young life.

The president of Walk for Wheezy, Darcy Eddington, got involved after seeing the faces of mourners at the visitation and thought, ‘We need to do something.’ The first walk was organized in just five short weeks after Wheezy’s death.  She says, “February is American Heart Month and a good time” to get people to support the cause. ACH has benefitted with more than $100,000 raised for the CVICU. Plus, Wheezy’s case was so unique that the hospital was able to use her heart, lungs and airways for research. 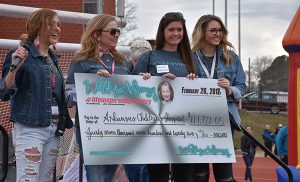 The walk is at Panther Stadium on the campus of Cabot High School February 24 from 2-4 p.m. The website is www.walkforwheezy.com. You can score a t-shirt if you sign up before February 10. Virtual walkers are accepted, plus you can support the event with the online auction.  Items such as a Hunter Henry-signed Razorback jersey will be up for bidding as well as pendants from Sissy’s Log Cabin that were done from Wheezy’s own handwriting.

Her mama says, “Wheezy’s life wasn’t in vain.  It takes money to find cures, and we are raising awareness and money.  Her birth, life and death were for a reason.” Her husband, she says, “is overwhelmed with the gratitude of the community and its support rallying around this cause.”