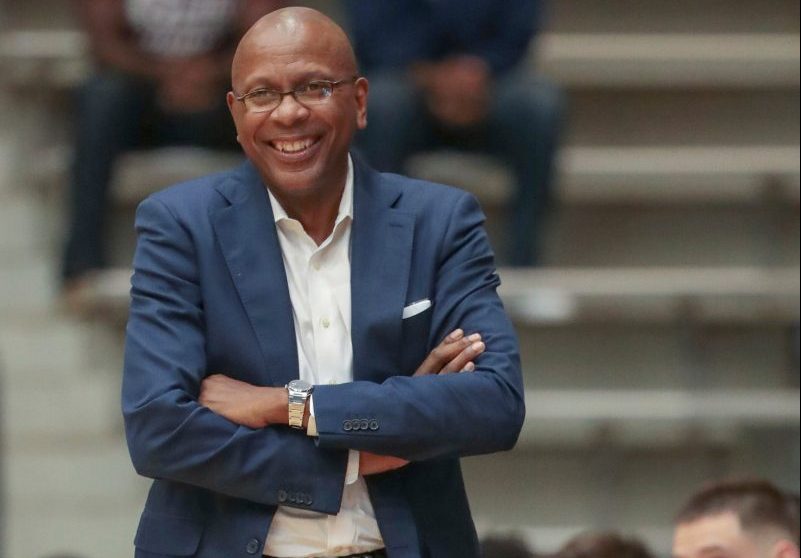 UA Little Rock head basketball coach Darrell Walker has been selected as the head coach of USA East Coast Basketball, a collection of 13 current collegiate players that will compete in Athens, Greece June 23-26.

Walker will not be the only Trojan representing Little Rock as he will be joined by sophomore guard Jordan Jefferson, as well as JUCO signee Nigel John. The duo is part of the 13-man roster which includes players from across Division I, Division II and Division III.

USA East Coast, in cooperation with Moneyball Sportwear and Cleveland Brothers-CAT, will be conducting a two-day training camp at Columbia University in New York City before heading to Athens for three games against some of Greece’s top pro teams.

Jefferson was selected to the team after a standout true freshman season for the Trojans where he averaged 9.1 points and shot 41.3 percent from three point range in 18 games with 16 starts. The Marietta, Georgia native scored in double figures six times, leading the team in scoring three times, including his career-high 24-point performance against South Alabama in the first round of the Sun Belt tournament.

John is set to join the Trojans this summer after spending the 2021-22 season at Eastern Oklahoma State where he averaged 9.5 points and 8.1 rebounds per game, shooting 53 percent from the floor in 21 games played. A native of Weatherford, Texas, the 6-9 forward was a three-star recruit ranked 22nd in the state in his recruiting class.

Walker will be joined on the USA East Coast coaching staff by Western Connecticut State head coach Guy Rancourt as well as Doug Thibault, who has spent 25 years as a collegiate head coach and currently coaches at IMG Academy.