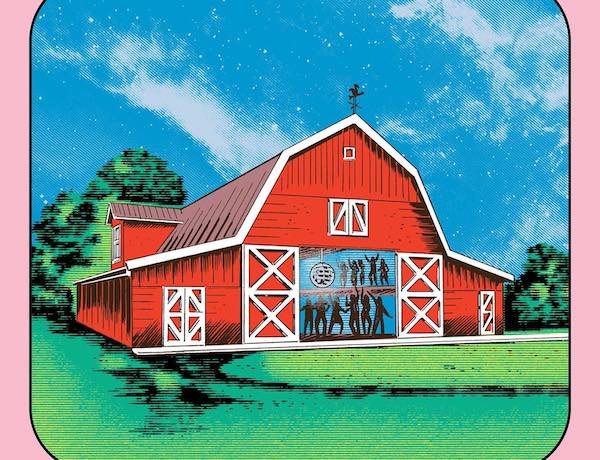 C3 Presents, the Austin-based concert promoters responsible for festivals such as Austin City Limits, Lollapalooza, Bonnaroo Music & Arts Festival, along with TRIADIC, a New York City, London and Vienna based agency, just announced the FORMAT festival will be unveiled in Bentonville on Sept. 23-25 at the privately-owned Sugar Creek Airstrip.

With cultural partners such as Crystal Bridges Museum of American Art, The Momentary and OZ Brands, FORMAT — “for music, art and technology” — will unify live music with visual and performing arts. With globally renowned international and local artists and musicians, there will be special performances and surprise acts throughout the festival.

“With FORMAT in OZ, we’ve tried to capture all the things that make Northwest Arkansas one of the fastest-growing and most dynamic ecosystems in the country – unparalleled access to outdoor recreation, accessible art everywhere you turn and a culture of innovation as boundless and wild as the Ozark mountains,” says Olivia Walton, Crystal Bridges and The Momentary Board Chair and OZ Brands Art Visionary. “We’re excited that FORMAT will help us introduce this corner of the Heartland to art and music fans from around the world.”

With 70 music artists in the lineup, including names such as Rüfüs Du Sol, Beach House, the War On Drugs, Nick Cave, Khruangbin, Phoenix, Jungle and The Flaming Lips, the festival setup will include several immersive venues with two traditional stages, as well as more abstract and obscure locations featuring exterior designs that will be one-of-a-kind.

Tickets for the festival include three-day general admission, three-day VIP and three-day platinum packages, with the possibility of hotel and on-site camping experience packages going on sale Friday, April 22. The SMS presale will start at 10 a.m., and public sales will begin at noon. Tickets can be purchased here.

FORMAT boasts a host of entertainment offerings, including a large-scale light installation by Marinella Senatore, a multi-roomed speak-easy with Justin Lowe and Jonah Freeman, a Toiletpaper Magazine barn transformed into a disco by artist Maurizio Cattelan, an interactive textile sculpture by Pia Camil and more.

“FORMAT represents a new type of festival, placing visual and performing arts on the same plane as live music, creating a fluid and unified experience. Visitors will encounter large-scale installation areas and unconventional venues created by a range of internationally recognized artists alongside an eclectic roster of musical acts,” say Elizabeth Edelman, Mafalda Millies and Roya Sachs, the co-founders of TRIADIC and creators of FORMAT. “We hope to foster curiosity and discovery, and produce a memorable event on this beautiful, hidden stretch of land in Bentonville.”

Located in the heart of the Ozarks, FORMAT invites guests to “Meet us in Oz” and not only explore the outdoors but also public art such as the Moshe Safdie, Crystal Bridges Museum of Modern Art, The Momentary and CACHE– a collaborative shared space for Northwest Arkansas based artists.

For more information about the festival, accommodations and presale information, visit the FORMAT festival’s website.