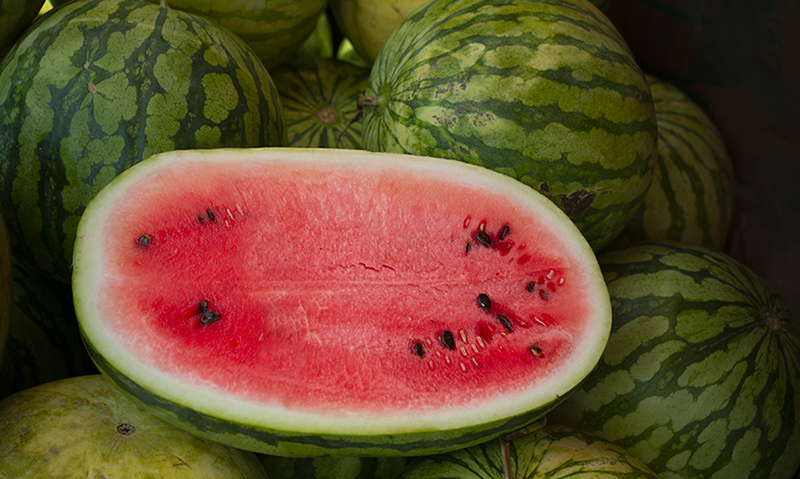 Julie Johnson was raised in Poughkeepsie, Ark., a quaint Southern town nestled near the banks of the Strawberry River and just down the road from Cave City, home of the historic Cave City Watermelon Festival. Making her home among the gardens of well-known Cave City-stamped watermelons, Johnson married into a family of third-generation watermelon growers and stumbled upon the job of serving as the Cave City Watermelon Festival committee chairperson — two jobs she doesn’t take lightly.

Sadly, the festival — which has been drawing vast and watermelon-hungry crowds since 1980 — was yet another COVID-19 victim.

“For several years before the festival started, Cave City had grown watermelons and was gaining quite the reputation,” Johnson says. “The Chamber of Commerce at the time wanted to have some type of festival. Cave City was known for two things: watermelons and caves. ‘Cave Festival’ wasn’t the best sounding name, so we ended up with a watermelon festival.”

The festival had never once been canceled until this year’s global pandemic. As the fruit celebration typically spanned over an entire weekend and welcomed thousands of guests each year, Johnson says there was really no choice when considering the public safety risk. However, she says the growing, business and lifestyle of Cave City watermelon growers will prosper still.

“Usually, watermelon season starts the first of July,” Johnson says. “Most growers hope to have them out by the Fourth. This year, because we had so much rain and cold in April and May, it just didn’t happen … We’re all in the same boat — just waiting. We’re not patient waiters at all. I can’t speak for all growers, but the grower I live with really needs his watermelons soon.” 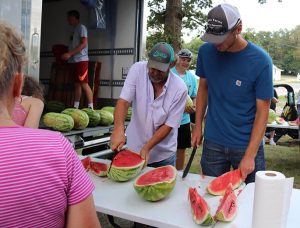 The Southern red fruit is grown best in sandy soil with full, summer sun. Interestingly, watermelon gardens thrive in Arkansas. Planted after the soil is warm and without danger of straggling frosts — typically a May plant date for the Natural State, watermelons sprawl out in spacious gardens. According to the University of Arkansas Division of Agriculture Research and Extension, seeds should be planted 1 inch deep in hills 6 feet apart, and each row should have 7 to 10 feet between them. (Cave City watermelon gardens range from 10 to 20 acres each.) It is even noted that to establish earliness, seeds could be started inside three weeks before their gardening date. This can be done by planting two or more seeds in 3-inch deep pots and choosing the best two plants to transplant before they grow too large.

For Johnson’s family business with her husband, Phillip, the art and process of growing watermelons is a lifestyle, selling thousands of fruit each season while still raising cattle.

“There have been Johnson Brothers Watermelons since 1976,” she says. “My husband was 13 years old, and his brother was 26 when their father passed away. He had planted a watermelon crop and was unable to finish it, so some neighbors came in while he was sick and made sure he didn’t lose that crop. Then the brothers began to take care of it and have been growing since 1976. They are a remarkable duo.”

Johnson attributes the success and love for Cave City’s festival to this very aspect: the dedication and family tie that watermelon growers bring to the classic summer treat. Designed to emulate the nostalgia of a beloved homecoming weekend, the Cave City Watermelon Festival offers the traditional festival schedule — from eating contests and watermelon weighing to a community 5K race. And even though the novel coronavirus may have stolen this summer’s Cave City fun, the countdown to 2021’s festival is already on.

“Everybody has a watermelon story. Think about going to somebody’s house — an aunt, a grandma, a grandpa; you had watermelon, and it was the best watermelon you ever had,” Johnson says. “You had it out on the front porch, and you had cousins, and it was probably late in the evening or around the Fourth of July. Most people have a good memory of watermelons. A good watermelon just makes people happy. It makes them think of days gone by and people who may not be here anymore. As growers, we know that and remember that. That is why we love what we do.”