Last week was a bit of a fall snoozer with only one of the opening flicks cracking the top-5 at the box office (and it was Countdown, of all things). That is sure to change this week with a few more breadwinning cast lists and familiar franchises opening in cinemas across the country. We also did pretty well in our Rotten Tomatoes aggregate predictions last week. Those predicted scores compared with the actuals are listed after these suggestions.

Who asked for this? Now the sixth installment in the Terminator franchise, Dark Fate aims to course-correct after a couple of less than stellar additions over the past 10 years, bringing the historic franchise down a peg. But, this one does boast director Tim Miller (Deadpool) and is receiving more positive critic reactions than its immediate predecessors. Schwarzenegger and Hamilton return to the big screen together for the first time since T2.

VERDICT: See it. (If you are a fan of the genre/franchise.) 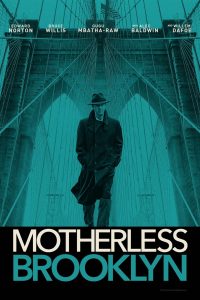 In only his second stint in the director’s chair, Edward Norton takes us back to 1950s New York to tell the story of a private detective with Tourette Syndrome, Lionel Essrog (Edward Norton), who is investigating the murder of his only friend and mentor, Frank Minna (Bruce Willis). Norton also authored the screenplay, based on the Jonathan Lethem novel by the same name.

This one is definitely on my radar for, if nothing else, its apparent unique perspective on murder mysteries. I am also a sucker for piano scores in trailers. 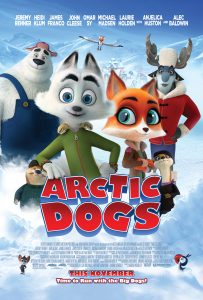 This looks really, really bad. It’s about an arctic fox named Swifty (Jeremy Renner) who works in a mailroom, but dreams of being a “Top Dog.” But, see, he’s a fox, so everyone says he can’t be a “Top Dog.” While trying to prove his worth, he stumbles upon an evil villain named Otto Von Walrus (John Cleese).

Look, when movies like this hold up review releases this long, it’s usually not a good sign. Add that with the trailer, which looks and narrates as if it were on a 1990s VHS tape, and you’ve got what appears to be a hot mess. The voice acting cast is pretty packed full of talent, though.

VERDICT: Stay away. (Unless you have children.)

This biopic tells the story of one of America’s most iconic heroes, Harriet Tubman (Cynthia Erivo). The synopsis promises a thrilling and inspirational journey about Tubman’s escape from slavery and how she shaped the course of history as we know it.

Harriet will surely be an emotional ride, but should also prove to be an important one. Early reviews say that it is a “sincere tribute” to Tubman, with most of the minor knocks critiquing its “formulaic” approach.

Dropped a little bit further than we forecasted, from 69 percent at original writing to a current 58 percent, but almost right on.

We predicted a small decline from 92 percent to 90, but The Lighthouse stayed the course at 92 percent.

We did not have any head start on this one with no reviews dropping until late last week. Still, we almost nailed it with our well-advised shot in the dark.

Black and Blue fell a little further than we thought it would, dropping from 59 percent to 47.

Come back next week for the details on a preliminary Oscar contender, an adaptation of a Stephen King classic and more.

READ MORE: Top Five Things to Do for Halloween in Little Rock