This weekend there are two big events in central Arkansas. The first is the ACANSA Arts Festival. ACANSA’s mission is to encourage and increase participation in visual and performing arts, promote the cultural vitality of the south, and generate opportunities for local commerce in Little Rock, North Little Rock and throughout central Arkansas.

The second is a series of events commemorating the 60th anniversary of the Little Rock Nine.

Enjoy a night of fun and New Orleans jazz at the Arkansas Regional Innovation Hub in North Little Rock with the Dirty Dozen Brass Band. The show starts at 8 p.m. Tickets are $25, $10 with student or military ID. The event is part of the ACANSA Arts Festival.

Take the family to the North Little Rock Municipal Airport for the Wings Over the Rock Airshow Join Jim and Pink Floyd as they perform awesome aerobatics and race the Shockwave Jet Truck. Gates open at 10 a.m. and the show starts at noon.

The 3rd Annual Arkansas PeaceFest is conducted by a coalition of local, national and international organizations, faith groups and individuals, with a mission to promote peacemaking and justice. PeaceFest is from 1 p.m. to 5 p.m. at Little Rock Central High School. This year’s event is presented in coordination with the 60th Anniversary Commemoration of the Integration of Little Rock Central High School. There will be musical acts, an art exhibit and more. 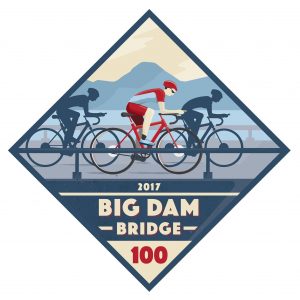 The Big Dam Bridge 100 is Arkansas largest cycling tour of the year. It offers routes up to 100 miles long that loop across central Arkansas and the Big Dam Bridge in Little Rock. Cyclists come from around the nation to participate. The event finishes in the Argenta District of downtown North Little Rock with a block party and live music.

ACANSA Family Art Day is a free event that kicks off at 11 a.m. at the Hillary Rodham Clinton Children’s Library and Learning Center for a day of art, music and fun for the whole family. There will be a musical performance by the trio Nine Horses, an appearance by the Arkansas Art Mobile, sidewalk chalk drawing contest, snacks and more. The Children’s Library is located at 4800 West 10th Street in Little Rock. Festivities end at 1 p.m.

Little Rocktoberfest is Little Rock’s version of Oktoberfest. Head out and enjoy craft beers from all the local breweries, a one-of-a-kind homebrew competition, local bands, a Bratwurst dinner and even Karaoke. It’s held at Dickey Stephens Park from 6 p.m. to 9 p.m. Tickets run from $30 to $65 for VIP. A portion of the proceeds will go to Arkansas Women and Children First

On Saturday evening powerhouse singer and civil rights activist Mavis Staples will headline a concert to commemorate the 60th anniversary of the integration of Little Rock Central High School at Robinson Center. From the Delta-inflected gospel sound she helped create in the 1950s to pop radio stardom during the Stax era with hits I’ll Take You There and Respect Yourself, one constant has been Mavis and her singular voice. Tickets prices are from $45 to $190.

Back by popular demand, ACANSA presents Gospel Brunch featuring the award-winning St. Mark Sanctuary Choir at the Wildwood Park for the Arts. Attendees can enjoy brunch while they experience the uplifting, soulful music of the gospel group. The price is $45 and includes the performance and brunch.

If you’re looking for a fun afternoon activity for the kids, Giggle, Giggle, Quack opens at the Arkansas Arts Center in Little Rock on Sept. 22. The Sunday show is at 2 p.m. The show was written and illustrated by award winners Doreen Cronin and Betsy Lewin and is for children of all ages. Ticket prices are $12.50 for general admission, $10 for Art Center members and children 2 and under are free.