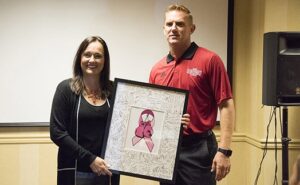 Wendy Anderson, wife of Arkansas State Football Coach Blake Anderson, has passed away after a long battle with cancer.

The news comes after an announcement from the school yesterday that Coach Anderson would be taking an indefinite leave of absence to be with his wife and family, as she continued to fight. She was diagnosed with triple-negative stage four breast cancer in 2017, and the Anderson family announced in March of this year that the disease had spread to her liver, lungs and lymph nodes.

Coach Anderson officially announced her passing on Twitter, early this morning. He has issued many “Wendy Update” tweets over the past two years, often with the hashtag #NotFightingAlone. This one he titled: “Final Wendy Update 8/20.”

“[T]here’s a celebration in heaven today cause Wendy is Home.” 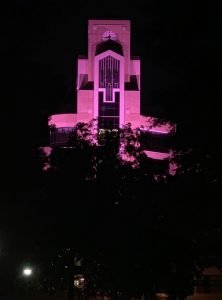 David Duggan, assistant head coach and defensive coordinator for the Red Wolves, will serve as the interim head coach until Anderson returns.

Arkansas State’s first game of the 2019 season is on August 31, at home, against SMU.