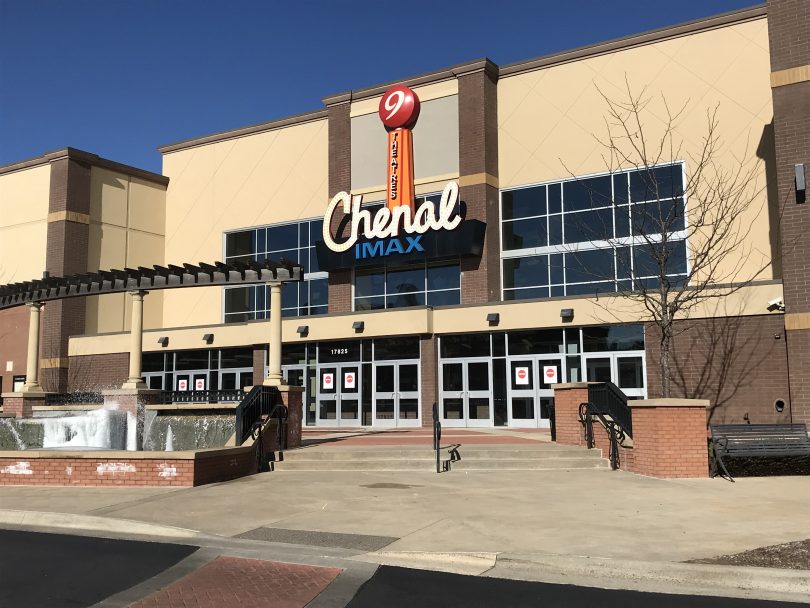 Construction is beginning this month in the former B & B Theatres Chenal 9 in the Promenade at Chenal in west Little Rock, which is expected to open in the spring as an AMC movie theater, according to an AMC spokesman and Promenade management.
“AMC Theatres is set to begin a $3-million-dollar construction for the Chenal 9 Theatre complex at the Promenade at Chenal before the end of January,” Linda Hinton, general manager of the Promenade, wrote in an email Thursday morning. “Reopening is anticipated for spring 2018.”
Scant details have been released about the rebranding of the Chenal 9 since it closed in June for what was initially announced as a month-long renovation.
“Other than a few key dates, there’s not much to share from our end. We’re preparing to begin construction at the end of the month and anticipating opening the theater this spring,” Ryan Noonan, AMC’s director of corporate communications, said in an email Wednesday. “We’ll have more info to provide closer to the theater’s opening.”
Linda Hinton, general manager of the Promenade at Chenal, said some work had to be done on the building before AMC could take delivery.
“There was no problem,” she says. “There was just some landlord work that needed to be done to the building before delivery could be made, but that’s not at all what’s held up the progress. It was just a business decision from what I understand, and not anything that I would be able to comment on because obviously I’m not involved in the AMC business.”
AMC operates nearly 1,000 theaters, including more than 200 in the United States, and there are currently six AMC theaters operating in Arkansas – in Fayetteville, Batesville, Fort Smith, Hot Springs, Bella Vista and Harrison. Chenal 9 in Little Rock is listed on the AMC website as a seventh AMC location, but of course no showtimes are available.
Hinton says AMC has asked that the shopping center not release information about the theater.
“I expect that they’ll have a lot of news coming soon. They have asked us not to give out information,” she says. “I think they want to do a reveal themselves because it will be exciting when they do announce. They’ve got a lot of great plans for us. It’s going to be a good thing. I do know they are planning on giving us a nice upgrade and they will maintain the IMAX.”
Hinton says there will be a special media event planned around the theater’s opening.
She is aware that people are anxious for more information, and she says she will share it when she can.
“As soon as we have a firm timeline about when they will complete their remodel and open we’ll be posting that to our website,” says Hinton, directing patrons to chenalshopping.com.