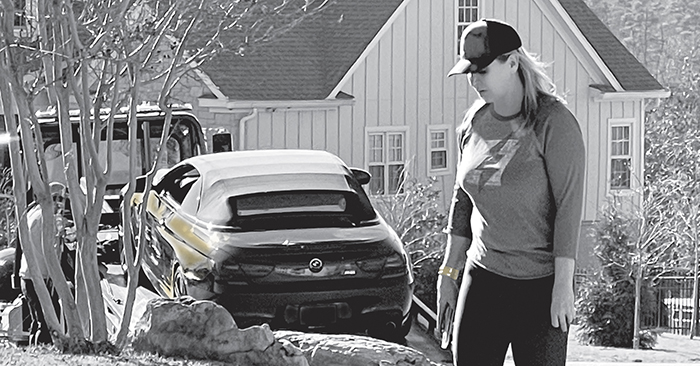 The night started off just like any other Friday night; in hindsight, that realization terrifies me. After a long work week, Ryan, my boyfriend, and I enjoyed dinner and visiting with friends in the Heights neighborhood in Little Rock. The Heights is an affluent Little Rock neighborhood boasting popular and trendy restaurants.

After what happened, the hustle-and-bustle of the area on nights like these is also terrifying to think about.

Before 10 p.m., we decided it was time to head home, back to west Little Rock. Our route took us down Polk Street. I knew something was off when a silver SUV passed us, then strangely popped a U-turn to pull in front of us. Our vehicles now nose to nose, their high beams on, I watched in seemingly slow motion the vehicle’s doors open, and two figures slide out.

I couldn’t make out much of a description of either through the flare of their headlights, but as they approached our car, I caught a glimpse of a gun.

After that, time whipped past in a flash, but also felt like it stood still. I know I screamed to Ryan, “Go! They have guns!” I know I forced the shifter into drive and felt the surge of acceleration when Ryan stepped on the gas. And I know what gunfire sounds like. Up to this night, I’d only heard it; after we whipped around their vehicle and sped up the road, I felt it.

Rapid-fire shots echoed through the air and penetrated our vehicle. We couldn’t tell where they were hitting or where they were going. We could only duck and pray. Glass shattered around us. The car’s metal frame rang with simultaneous strikes. It was a literal rainstorm of bullets.

They were trying to kill us.

I know I cried. I know I thought I was going to die. 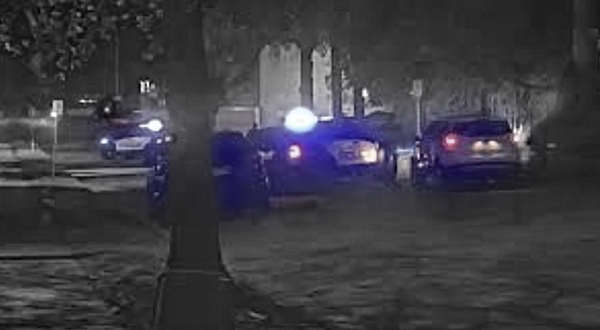 Police presence in The Heights after the shooting.

All told, I believe that 30 shots were fired at us on that night. Eighteen struck our vehicle. It was such an overwhelming amount of gunfire that, in the immediate aftermath, neither of us could believe our state of relative safety. I frantically looked over Ryan’s body for a bullet wound, blood, anything. He did the same for me. Nothing, save for a glancing graze on top of my head.

When we met up with police, more of the reality of the moment began to set in. As they inspected our car, noting and snapping pictures of each bullet hole, we arrived at the same question they did: How are we alive? Windows were shot out. There were bullet holes in our doors. There was a bullet hole in the seat I was sitting in. I felt my back, half expecting to find a gushing wound. Nothing. 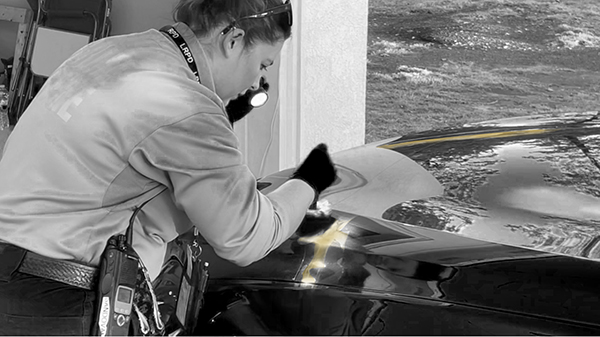 Most of the events that transpired that evening remain surreal, like a nightmare you can’t quite shake. But the thing about dreams is that, eventually — no matter how bad they are — we do wake up. But this, this trauma is deep, lingering. No matter what I do, it’s like a psychological tumor has taken root in my brain, constantly forcing me to relive the night’s events. We’ve tried traveling to repair our souls. But even a secluded cabin in the middle of nowhere is not far enough away to outrun these memories. We’ve tried to get back to work, the old “business as usual” approach. This has all been little more than a Band-Aid on our problems. Sometimes in a flutter, other times like lighting, the nightmare is a constant.

Police finding the individuals who did this would help, as it would at least be some semblance of closure. As of yet, they’ve made little progress.

There’s a part of me that feels weird even doing this. The start of 2022 has been met with a wave of violent crime in the capital city. My story is but among many, most even more unfortunate than mine. I was lucky — we made it out alive.

As of Feb. 7, according to the City of Little Rock’s Weekly Crime Report, there were seven homicides in January, up two from 2021; robberies were up to 43 from 30 in 2021; aggravated assault up to 336 from 276. Altogether, the city reports violent crime is up by as much as 21 percent to start the year. Among the victims of these January shootings included a baby. 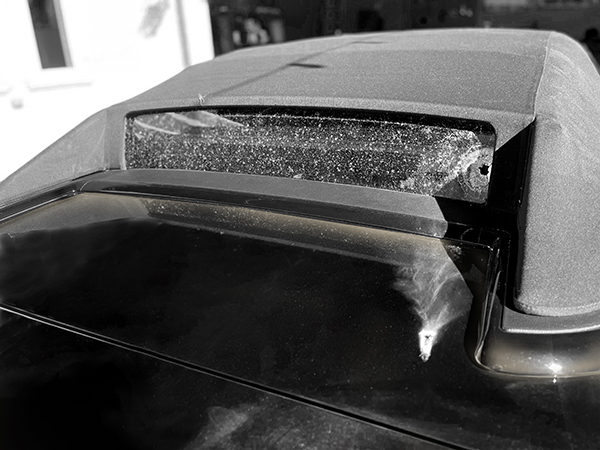 In the wake of this, officials deemed the situation a Public Health Emergency.

It’s numbing to be a statistic in this post-pandemic (if you want to call it that) crime surge. It’s also frustrating, and frightening, and maddening and debilitating. I was aware of crime before, don’t get me wrong. But now, it’s all I can think about. When I’m at Walmart, the people in the parking lot are all potential threats, just like a car that’s behind me on the road a little longer than usual, or a pair of headlights in my neighborhood that I don’t recognize.

As Ryan and I discuss often, it’s enough to drive you insane.

I can’t imagine how people feel who have lost loved ones to this meaningless violence, terror that goes around and around — it really is like Groundhog Day. When I see another news report outlining a string of weekend shootings in Little Rock, I don’t know if it’s from this weekend, or the last, or the one before.

We have to do something about this.

It’s sad that, sometimes, we don’t see the light until we are forced into it. I could have done more before my trauma, should have, even. But I can’t change the past or what happened to me. All I can do is try to find a silver lining somewhere, perhaps even make a difference, no matter how small.

Such a realization of how broken the system is came almost immediately. 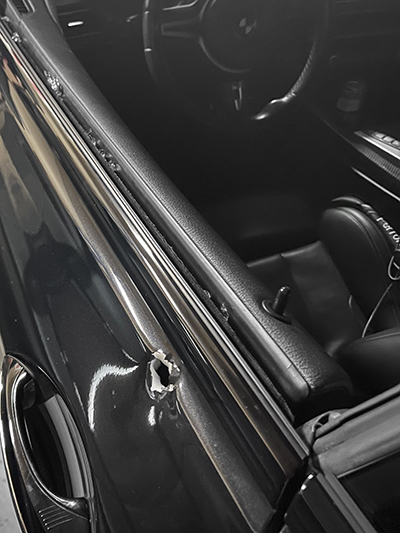 There’s a program in the state called the Arkansas Crime and Victims Reparations Program, which is a method of compensating and assisting victims and the dependents of victims who have suffered personal injury or death as the result of a violent crime. It’s a great service to victims of violence, except: To date, neither I nor Ryan has received a penny. This despite twice-a-week therapy sessions nearly every week since the incident where we have both been diagnosed, and medicated, with mental health afflictions as a result of our trauma. Without the safety net of this fund — despite qualifying for it and being in contact with all the necessary individuals — these have all been out-of-pocket expenses for us.

I’m aware of my privilege, and the fact that I am able to afford such healing better than most. But what about everyone else? We’ve spent thousands of dollars thus far; most people never get the help they desperately need because they can’t afford it. 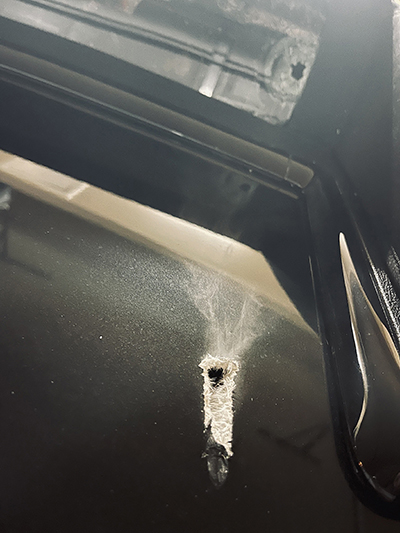 Through my network of connections and the people I’ve spoken with in the program, such “victims reparations” often take months — or more than a year — to arrive in the hands of victims, and by that time are either too late or too little to make a constructive difference.

And so the cycle of violence and untreated mental health issues continues. Arkansas is at or near the bottom in both subject matters.

Crime is a product of poverty, adversity, marginalization, mental health and so on. Until we do something institutionally to interrupt this vicious cycle, nothing will change — it might even get worse.

Ironically, Little Rock voters were presented a bill last year that would have devoted money and infrastructure to “rebuilding” the community — with millions of dollars going to parks and recreation, as well as crime and safety. The majority voted “no.” Whether it was that bill or another, we have to take some sort of initiative.

I’d go so far as to say that doing something is our civic responsibility to the community. That includes reporting abnormalities that we witness firsthand — if you see it, report it.

One of the few people and organizations who has actually helped me and Ryan and others like us is Jajuan Archer with Women’s Own Worth. She was a victim of violence herself, namely domestic, and since then has founded the organization with a mission to help as many victims as possible. (And no, not only women who are victims of domestic violence — they will help virtually anyone dealing with violence.)

They do it through housing, financial assistance, recovery plans — just overall support at every level. But the sad thing is, they probably shouldn’t have to do as much as they do. But when a system is failed, I suppose it takes everyday heroes to fill in the gaps.

If you would like to donate to the critical services provided by Women’s Own Worth or learn more about its cause, visit womensownworth.com. 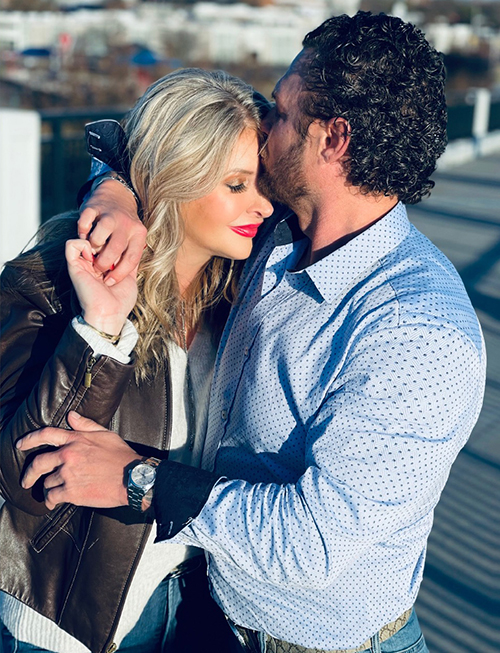 There remain few answers to completely conclude what happened to me and Ryan. We will continue to attend therapy and attempt to find as much healing as humanly possible while we wait.

This story doesn’t exactly have a happy ending, except for this: I’m alive. I shouldn’t be, but I am. I will not take a second chance for granted. If I’m still here, it’s because I’m supposed to be. I’m taking that as God having a purpose for my life. And I’ll do everything in my power to work toward a world in which no one has to go through what we did.

If you live in the area and have residential cameras, such as a Ring doorbell, please review your footage from that night and notify the authorities of any findings.