What Lies Beneath: PTSD Not Singular to Service 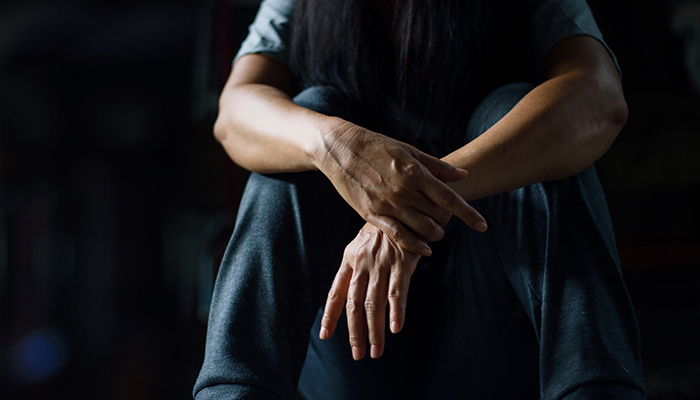 What Lies Beneath: PTSD Not Singular to Service

Melanie Taylor sat at a restaurant table as the familiar tightening in her stomach and throat began to take hold. It had been an ordinary evening out; nothing unusual or remarkable at all, really. She’d eaten here before, knew the owner, felt comfortable. 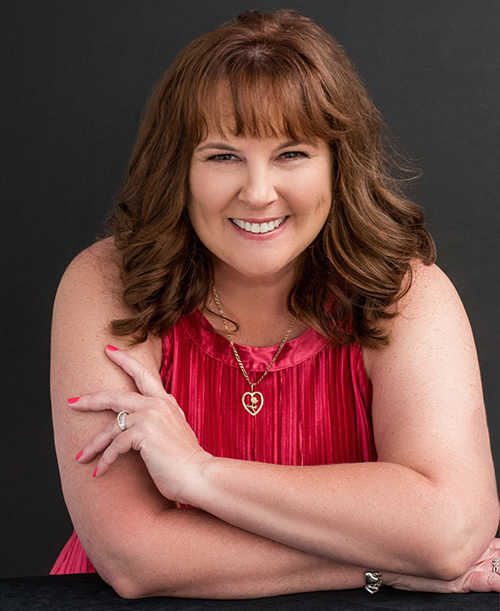 Until, that is, the incident at the next table and the man and woman who’d entered into an argument. It was over some nothing little topic, but the situation was escalating, she could feel it.

“Oh my gosh,” she thought. “His voice is getting higher. She’s not backing down. It’s about to get violent.”

Glancing about, Taylor was shocked to see no one else was taking notice. The patrons kept digging into their meals as the staff circulated with refills, but none were visibly concerned by the violence that was about to erupt in their midst, much less doing anything about it.

“Why doesn’t anyone say something? Or do something?” her mind wheezed, her guts in a vise. And then, a chilling thought.

“Did I do something to make this worse? Why did I look over at them? Dear God, what did I do?”

“It feels like I suddenly stop thinking, and my mind just starts racing,” Taylor says to further explain what it’s like to live with post-traumatic stress disorder (PTSD), illustrated by the preceding dramatization. “It’s very much an emotional reaction of fear. If a couple is arguing, in my mind, an escalating argument means somebody’s going to get hurt. So, I start experiencing the internal reaction of, ‘Oh my gosh, he’s going to hit her,’ when really, it’s just two people disagreeing.

“Then there’s those beliefs that come with it which is, ‘I’m not as good as everybody in this room, I have to earn my way in.’ It’s almost like you slip down into lower-level thinking, and it takes a little while to climb out of it, because you have to start recognizing that that’s what’s happening.”

According to PTSD United, around 8 percent of the U.S. population lives with PTSD. While that may not sound like much, in America it equates to 24.4 million people, roughly the population of Texas. Most commonly associated with military men and women and veterans, PTSD can affect anyone at any age, the residual byproduct of witnessing or experiencing traumatic events.

Taylor, the founder of Healing Tree Women’s Counseling Center in Fort Smith, developed PTSD as a result of years of abuse dating back to her childhood that continued in one form or another through her first marriage in her 20s. Coming to grips with her own condition, combined with a lot of formal training and therapy, has helped her harness her experiences as a reference point for others who seek her help.

“PTSD is labeled as chronic or acute, and it’s fear-based. Acute PTSD generally occurs after a single traumatic experience while chronic PTSD is something that happens over a long period of time,” she says. “In the mental health world, we’ve gone to calling ‘complex PTSD’ to mean trauma that’s occurred over childhood. It’s very shame-based because you’re coming out of situations where you have to sacrifice yourself in order to stay safe in a relationship.

“So, the difference is, shame-based is like, ‘This is happening because I’m bad. They’re hurting me because there’s something wrong with me.’ Other PTSD, like in war, is like, ‘These things are happening in front of me, but it’s not because of me.’”

The trauma that causes PTSD can take many forms. Violence on one’s person, such as abuse, combat or being the victim of a violent crime, is certainly one key element. But, so are natural disasters, automobile accidents, fire or a life-threatening medical diagnosis, per the Mayo Clinic. Humans are so individually wired when it comes to dealing with upsetting situations and events that in some cases merely observing a violent event or aftermath, such as a paramedic or first responder would, can lead to PTSD.

In fact, one’s address can affect the odds of developing post-traumatic stress disorder. Michigan Public Radio, in a 2017 investigative series called “State of Opportunity,” reported findings of a study in the Journal of Racial and Ethnic Health Disparities that followed Black women who lived in the Oakland neighborhood on Chicago’s South Side. It found 29 percent of the women suffered from PTSD, and an additional 7 percent exhibited many of the symptoms common to a PTSD diagnosis.

In children, the ‘neighborhood effect’ is particularly acute. In study after study, children who live in poor, high-crime neighborhoods are found to develop PTSD at significantly higher rates than peers who live in better neighborhoods. In 2018, HuffPost reported on New Orleans, where a 2015 survey of 1,200 kids, ages 10 to 16, revealed 40 percent had witnessed domestic violence, a stabbing, beating or shooting. Just under 20 percent had witnessed murder, and more than half of respondents said someone close to them had been killed. As a result, the researchers concluded, children in New Orleans displayed PTSD symptoms at roughly three times the national average.

Most people think of PTSD as one of those know-it-when-you-see-it kinds of conditions, but from a clinical standpoint, it can be decidedly more complicated. After decades of being dismissed by the public and mental health professionals alike, PTSD’s codification by the American Psychiatric Association as a disorder with specific symptoms that could be reliably diagnosed only goes back to 1980. (By comparison, schizophrenia was identified thusly about a century earlier). In medical terms, this makes the expertise around the condition a very young body of understanding indeed.

“The first criteria is: Does the traumatic event meet criteria for PTSD?” says Maranda Leonard, PhD, outpatient clinical therapist with Methodist Family Health in Little Rock. “Then, there are four different clusters of symptoms, and a person would have to have to display symptoms from each of these four areas to be diagnosed with PTSD.

“The first cluster is intrusive symptoms, meaning recurring or unwanted images, thoughts or recurring dreams of the event. The second cluster of symptoms would be avoidance symptoms, avoiding any memories, thoughts, feelings or reminders of the event. I’ve seen many clients who don’t want to go to certain places or be around certain things because that’s a reminder. 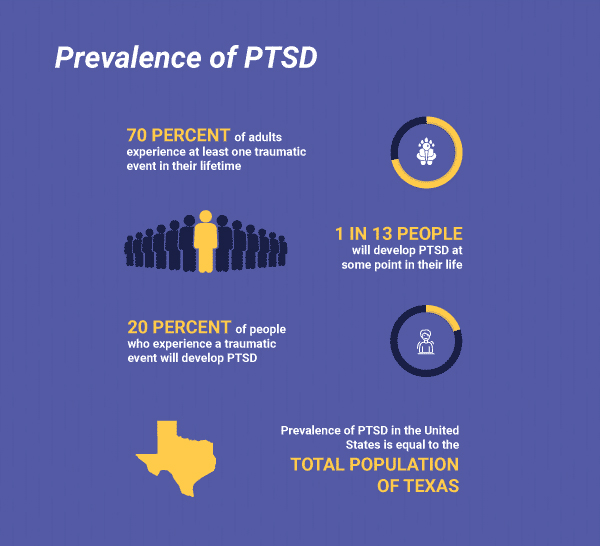 Even with this, a diagnosis must allow for a range of extenuating variables. Onset of symptoms within three months of the traumatic event is considered acute stress disorder not PTSD, for example, while failure to register symptoms from one cluster today doesn’t mean those symptoms won’t develop months or years down the road. And, of course, the entire diagnostic premise relies on the patient providing accurate feedback on the nature and occurrence of the event itself, something often missing in children.

“That can be difficult to tease out in children; we may see them acting out in play some things that they have experienced,” Leonard says. “Obviously, we would want to get a really good history from the parent or caregiver when that is available, but there are times that’s not available. 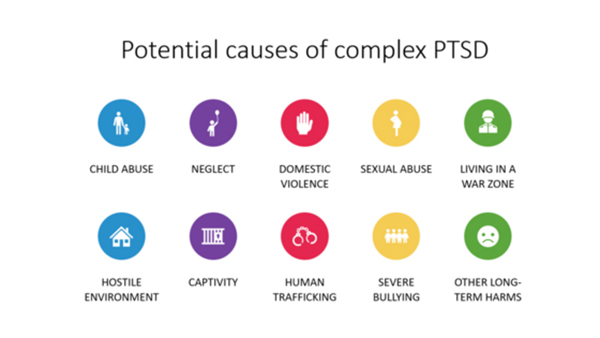 “It definitely can be misdiagnosed as ADHD; because of the impact on the nervous system, it can present itself as hyperactivity where the child has problems with focus and concentration. As clinicians, we have to take as much of a comprehensive history as we can get, and then really be trauma-aware as we are treating the client and working with the family. I think clinicians have gotten more and better informed about that, I really do.”

PTSD is a common ride-along with other mental conditions, says Angela Shy, MD, chief medical officer with Behavioral Health Services of Arkansas (BHSA), part of Youth Home. She cites industry sources that put the likelihood of PTSD patients to have symptoms of other mental disorders as high as 80 percent. But it’s equally important for clinicians to recognize what PTSD is not, as part of effective diagnosis and treatment. This concept has been brought into clearer focus during the pandemic.

“Our diagnostic criteria basically says a loss, an illness or debilitating medical condition is not necessarily considered a traumatic event,” Shy says. “A traumatic event would be something like if you wake up during surgery or anaphylactic shock reaction, something traumatic that was medically oriented.

“COVID-19 by itself, therefore, wouldn’t be considered a traumatic event. But, on the other hand, if someone witnessed their family member die on the vent from COVID-19, that would be different.”

Treatment for PTSD falls to medications, therapy and learned coping methods for when attacks are triggered. Having treated patients of all ages through BHSA and UAMS in her career, Shy has seen how adaptive and resilient the mind can be in handling undiagnosed cases, even over the course of many years. But, she says, proper treatment protocols are undoubtedly an easier road to walk.

“Research shows that, over time, symptoms in an older person naturally mellow or become milder versus a young adult, or even a middle-aged adult, who experiences trauma,” she says. “However, I do think it’s more of a miserable kind of existence overall, and people probably have suffered alone quite a lot before they got diagnosed.

“The other thing to remember is: PTSD can occur at any age and does take a while to pinpoint. Sometimes, you can’t really pinpoint when it started at all, but all of those little microtraumas add up and equal PTSD. So that’s really important to remember. I think a lot of times, we think of it only in terms young adults or adults being affected, but PTSD can occur from age 1 to 100.” 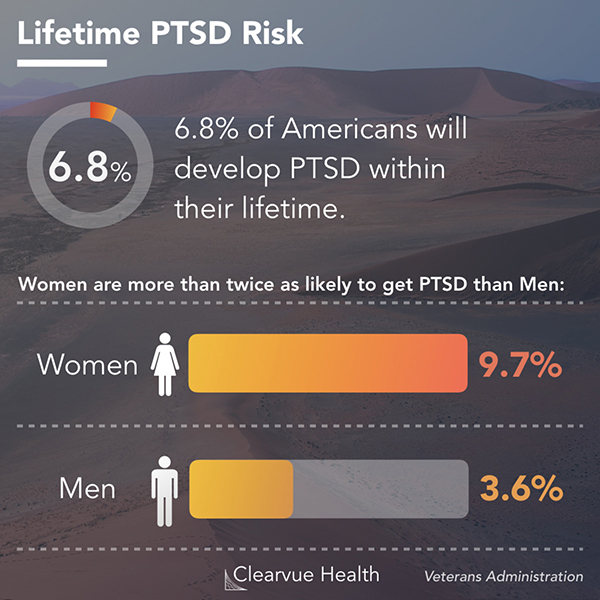