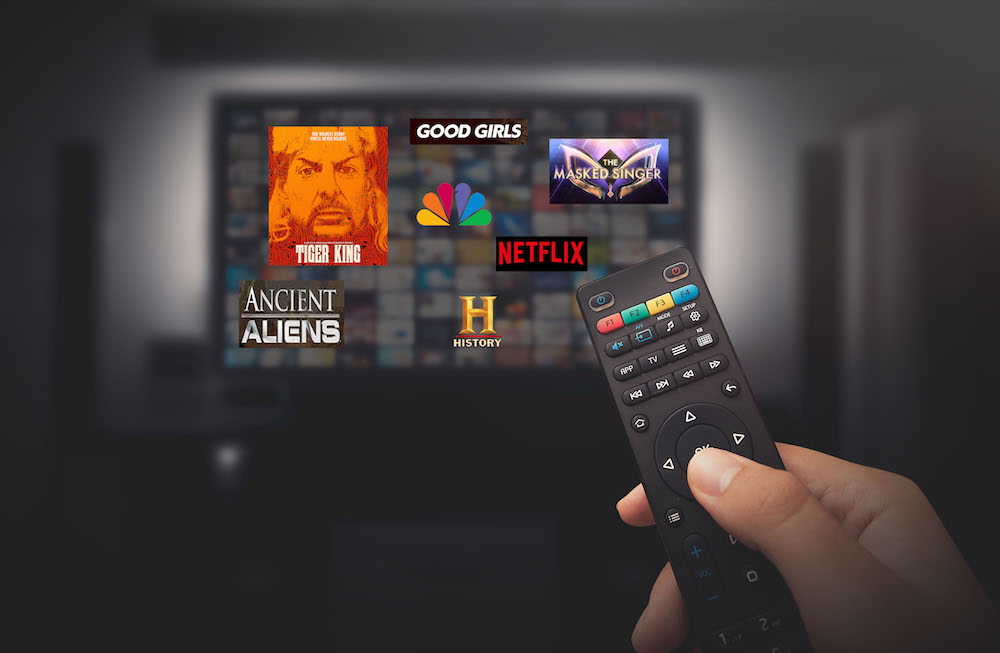 The boredom is setting in. The monotony of going from the bedroom to the sofa (in your pajamas or yoga pants) is getting on your nerves. We are here to help. We asked our crack editorial team what they are watching to pass the time during #socialdistancing. Trust us. We are social distancing. And our butts are parked on the sofa until that weather warms up with SUNSHINE later this week. Until then, here’s our list.

Editor-at-large for AY About You Lisa Fischer: Ditto to what Ryan recommends. Tiger King: Murder, Mayhem and Madness is the craziest group of people with the fewest teeth you’ve ever seen. Please set aside time to watch it. And then take two baths. Also, I recommend Lost Girls on Netflix and The Imposter on Amazon. Hold It. I have one more. Betty White on Netflix. She’s the cutest thing ever. It’s called Betty White: The First Lady of Television.

Editor of AY About You Dustin Jayroe: The Trials of Gabriel Fernandez on Netflix. Little does Dustin realize but when his wife Mallory gives birth to their first child, a son, in the next couple of weeks, he won’t be able to watch this type of programming again. It will be too difficult. This is not an easy piece to watch. Lisa’s husband put Netflix in timeout after she finished episode 2 because she was so upset. You’ve been warned.

Digital media director/graphic designer Kellie McAnulty: The Masked Singer on FOX. Kellie said she laughed and laughed when Sarah Palin was in a bear costume singing, “Baby Got Back.”

Tyler Hale, online editor for AY Media Group, is watching Beasters on Netflix, Fleabag on Amazon and The Boys on Amazon.

Publisher for AY Media Group Heather Baker: Good Girls on NBC on her DVR. She already breezed through the first two seasons on Netflix.

CEO Vicki Vowell: All the coverage of the coronavirus. Which is why we made this list. We all need a break. Vicki, Lisa’s husband might put your news channels in time out, so fire up a streaming service and give your mind a break.