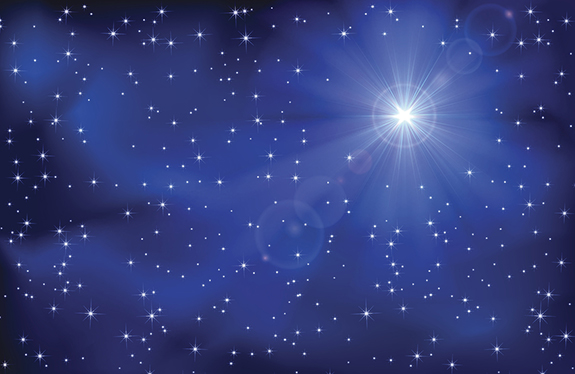 For the first time in almost 800 years, two planets will align almost perfectly this month to form what many are referring to as the “Christmas Star.”

We’ve been no stranger to history this year — cue cliche remarks about the pandemic, the election, and everything in between. So it seems only fair that fate would find us again to close out the infamous 2020, albeit in a more hopeful and inspirational way this time.

Here are some things you need to know to make you the “star” of your household for this celestial event.

On Dec. 21, the planets Jupiter and Saturn will align in our night sky in what is called a conjunction. It’s a naturally occurring phenomenon that happens simply when, relative to us on earth, the orbits of two planets line up. These conjunctions happen cyclically and technically between all the planets in our solar system at various points of time, although conjunctions between Saturn and Jupiter are a little more sparse — every 20 years or so. This is because of not only the vast distance between both and Earth, but also between each other; it takes Jupiter 12 of our years to make a full revolution around the Sun, 30 years for Saturn. So, every couple of decades, Jupiter “catches up” to Saturn.

Such happenings between these two gas giants grant an even more grandiose term: great conjunction.

However, this month’s occurrence is a rarity that should not be missed. From our vantage point on Earth, the Jupiter-Saturn conjunction will be the closest meet-up of their points of light (that we can witness) for nearly 800 years. The duo will be so close to each other in our sky that it will appear as a double planet, and the two will even fit in the same view field of a telescope or binoculars. 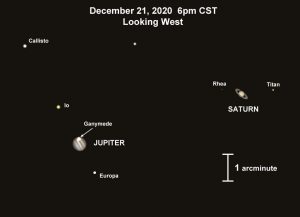 How the planets might look through the lens of a telescope. Patrick Hartigan/Rice University (Adapted from Stellarium graphics); courtesy of EarthSky.

The last time an observable great conjunction like this happened was in March of the year 1226. They’ve happened between then and now, but sometimes a very-close conjunction might happen when the Earth is on the opposite side of the Sun from Jupiter and Saturn, so they wouldn’t appear in our night sky. For example, the last great conjunction as close as this year’s happened in July 1623, but it was likely out of reach of observation, given its proximity to the setting sun.

Here are a few things that were (and weren’t) happening around the world in 1226, the last time humans laid eyes on such a supernal event:

You might be asking yourself now, “Why is everyone referring to this as the ‘Christmas Star?’”

It’s a fair and accountable curiosity; you won’t hear many astronomers call it that. For one, the event is between two planets, not any star. And given the aforementioned examples (March 1226, July 1623), it’s not something that happens singularly within the month of December or around the holiday of Christmas. But, this year it does — and that makes for a good story.

In fact, some have even gone so far as to dub a great conjunction such as this the “Star of Bethlehem,” theorizing that a similar Jupiter-Saturn alignment may have been what the three Magi followed to Jerusalem in the story of the birth of Jesus Christ, for which Christmas is a holiday commemorating. And that makes for an even better story.

Either way, this month presents a spectacle unlike many others, one that is not a gift presented in most people’s lifetimes. Don’t miss out on history.

Whatever you want to call it, the Jupiter-Saturn conjunction of 2020 will happen on the night of Dec. 21. You can find the pair by looking westward after the sun goes down. For an even greater experience, start observing them now and watch the planets draw closer, and closer, leading up to the 21st. 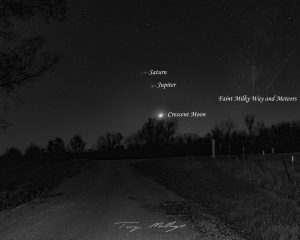 Saturn and Jupiter already amid approach in November. (Photo by Tony Milligan, Captured in Time)

Fortunately, we don’t have to wait as long for the next one — the next Jupiter-Saturn conjunction of this magnitude will recur in May 2080.

Check out more exciting celestial happenings this month with our Stargazing in December guide.