Whether the Weather: An Amateur Guide to Storm Watching 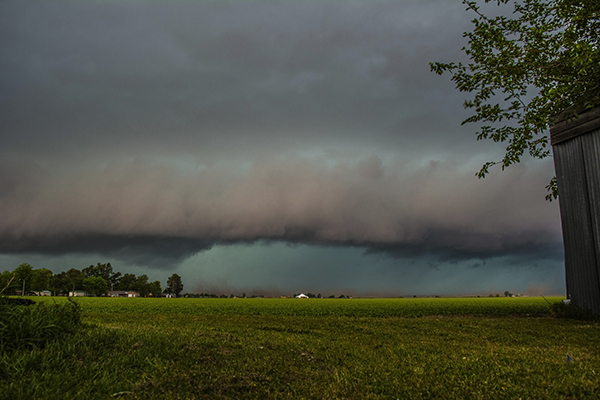 The Natural State is in the midst of severe weather season. Since 2012, Arkansas has experienced the wrath of 265 tornadoes, causing a total of 22 fatalities and 308 injuries. Each year, the number and magnitude of severe weather incidents have been on the rise in the Natural State, and each year Arkansans are at greater risk of property damage, injury and death caused by hail, lightning, dangerous winds, flooding and, especially, tornadoes.

Meteorologist Dennis Cavanaugh of the National Weather Service has noticed the increase in frequency and severity of tornado-producing storms in the Natural State. Last year was one of the worst in the last decade for tornado-producing weather.

“In 2020, Arkansas had 45 official tornadoes, the strongest of which was an EF3 that left Jonesboro shaken in late March,” Cavanaugh says. So far this year (at press time), Arkansas has seen three tornadoes, but the state’s yearly average is 33. With May being the height of tornado season and with Arkansas settled in a tornado-prone region, this guide will help Arkansans better understand the elements at play in severe weather. 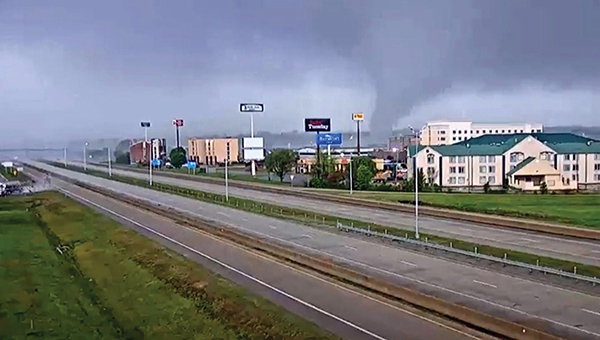 The tornado that touched down in Jonesboro in 2020. (National Weather Service)

A tornado is defined as a mobile vortex of violently rotating winds, usually in the shape of a funnel, and attached beneath a large storm system. Tornadoes include the entire debris field — not just the funnel. Individuals called storm spotters (who report from a single location they choose) and storm chasers (mobile individuals who follow the storm and its path) are pivotal to helping the National Weather Service collect data and better formulate weather watches and warnings. Storm spotters and chasers can be meteorologists, “weather nerds,” or just concerned citizens. Additionally, storm spotters do not track tornadoes alone — they keep an eye on hail, flooding, mudslides, rain, thunder, lightning, fog and other forms of frozen precipitation. 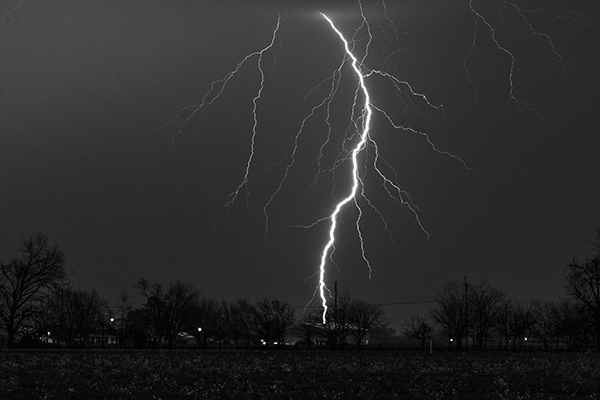 For the National Weather Service, Cavanaugh spends many weekends and evenings training citizens and equipping the public with the tools needed to be an informed storm spotter. He currently serves as the Warning Coordination Meteorologist in North Little Rock. He started his career as a forecaster in the Topeka, Kansas, weather forecast office in January 2005, and moved on to be a lead forecaster at the Dallas/Fort Worth, Texas, office before joining the Little Rock forecast office in January 2016. With Cavanaugh’s help, AY About You has created this Amateur Guide to Storm Watching. 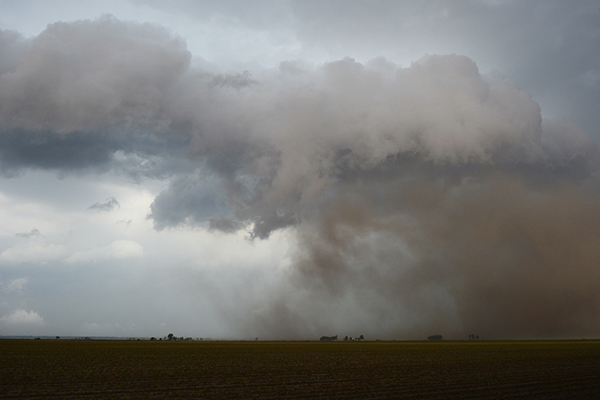 In order to understand what you’re seeing in the sky, you have to understand the tools necessary, along with some commonly used terminology. 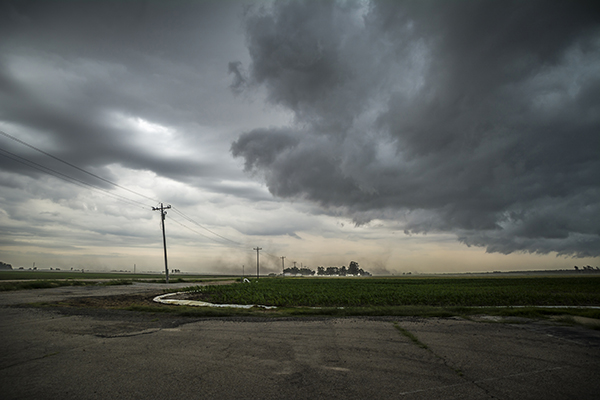 Radar is the most easily recognized tool to the general public when it comes to identifying meteorology tools. Radar scans the atmosphere and detects energy in the form of things falling from the sky. This isn’t just limited to precipitation — sometimes, birds, bugs and debris show up on radar as well. The radar creates an image of this energy and forms a picture of it. Clouds and tornadoes, however, are invisible to radar.

While conventional radar detects the energy of precipitation and falling objects, doppler radar has the ability to detect wind motion, and can in turn determine how fast rain is moving toward or away from the radar. When a radar shows purple or white, there is heavy rain, or rain and hail, in those areas. However, radar cannot determine exactly what type of precipitation it is.

The further away the storm is from the radar, the higher into the storm the radar sees. This means that the bottom part of the storm, in terms of size and location, is unknown. That is why storm spotters and chasers are so important — they fill in the gaps that charts and graphs can’t cover. The red boxes that you can occasionally see on the radar indicate that a warning has been issued.

There are four major ingredients that give life and power to a storm: heat/humidity, lift, instability and wind shear. Heat/humidity serves as the main ingredient in a thunderstorm and fuels the storm.

Lift is the general atmosphere surrounding the storm — more specifically, it is the front that causes air to rise.

Instability allows heat and humidity to leave the ground. Warm air rises if there is cool air aloft for the hot and humid air to rise into.

Wind shear is a change in the wind speed and direction with height in the atmosphere. This determines what type, or how strong, your storm will be. When wind shear is low, the storm is more likely to be normal. However, when wind shear is high, there’s likely to be tons of variety in the storm. Storms can be single cell, multicellular and supercell. Single-cell storms are weak with a brief updraft. Multicellular storms have a moderate updraft. When they are severe, they usually have wind and hail threats. Supercell storms are thunderstorms that rotate. They have intense updrafts and are almost always severe, with tornadoes possible.

To have value, watches and warnings have to be received, understood and believed by the general public. While professionals have the widest reach in the dispersal of information, storm spotters can help these professionals with the accuracy of information and reports. Two such reports are watches and warnings. A watch means that all of the ingredients are in place for a bad storm, but that there may not be any bad storms just yet. However, it’s best to prepare as soon as a severe weather watch is issued. A warning means that all of the ingredients are confirmed to have come together — if you are receiving a warning, you’re in the path of a dangerous storm and must take action immediately.

The Importance of Clouds

Storm spotters and chasers apply the concepts mentioned above to the world around them. Cloud features often indicate the direction and location of weather. The most important thing that you can learn as a storm spotter is the difference between updrafts and downdrafts.

Updrafts indicate air that is moving upward. These updrafts act like a vacuum cleaner for heat and humidity. While rain isn’t found here, if there is somewhere that tornadoes will occur, it is here. Updrafts account for 10 to 20 percent of a mature storm. Updraft clouds are described as bubbly and puffy. They tend to be a series of clouds towering from the cloud base. The clouds on the bottom of this base are smooth and flat, and rain-free. When a series of lowering clouds appears below these flat, smooth clouds, it is often a warning sign that the updraft is getting strong; this typically rectangular-shaped lower below the updraft clouds is referred to as a wall cloud.

Downdrafts indicate air that is moving toward the ground. This is the area where rain and hail fall and where straight-line winds come from. The air is sinking at the downdraft. Damage is possible from the downdraft, but not from a tornado. Downdrafts are characterized by low-level clouds that are ragged and choppy along the base and are generally “scary” looking. These dark clouds are usually found along the horizon. This line of dark, ragged clouds is often referred to as a shelf cloud. Wherever you see a bow or bend in the shelf cloud is usually where the strong winds occur. 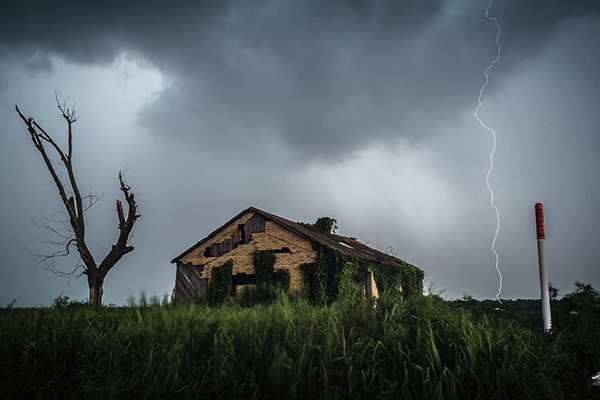 Storm spotters also monitor other weather phenomena, such as hail, flooding and winter weather. These weather reports include the severity and location of weather events, just like severe storms.

There are several features and criteria that can be reported to the National Weather Service during a storm, and the information reported helps determine the specifics of the storm. For example, a severe thunderstorm is determined to be any storm that can produce 1-inch sized hail and at least 60 mile-per-hour winds. If a storm spotter wanted to report this, they would (under safe conditions) pick the largest piece of hail and hold it next to a measuring device or a coin for size reference. 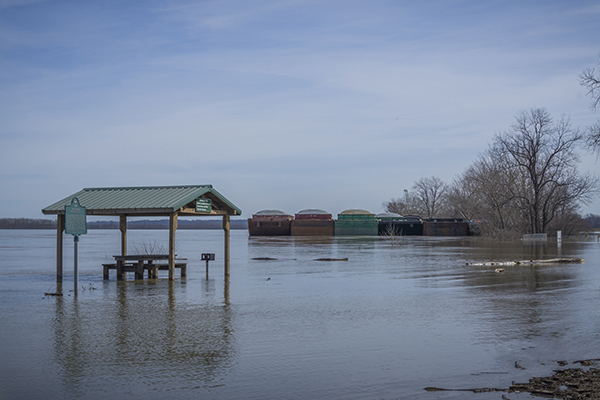 Flooding of the Mississippi River.

When submitting a weather report, it’s important to include your name, contact information, the phenomenon occurring and the location of the phenomenon as specific as possible, and the time of the occurrence. Anyone can submit reports to the National Weather Service, provided that the information is detailed and helpful. You can submit a storm report at weather.gov/LZK, or you can tweet @NWSLittleRock using #ARWX.

Armed with this information, AY About You hopes that Arkansans will be better equipped to help professionals and their communities, and to “weather the weather” for storm seasons to come.