When did “mental illness” come out of the attic? When did we stop whispering that someone had had a “nervous breakdown?” Wait. Maybe I need to ask, “Have we, as a society of human beings, accepted that we are susceptible to have an illness of our minds and emotions just as we are susceptible to flu, shingles, and other physical ailments?”

I know, as a clinical social worker in practice since 1980 and whose training began in 1975, I’ve seen some remarkable changes that reflect less ignorance and more awareness and acceptance of people who suffer from a variety of mental disorders, including depression, anxiety, bipolar disorder and obsessive-compulsive disorder. Sheldon Cooper, a character on the TV show “The Big Bang Theory,” has made his OCD personality something we don’t fear but even find acceptable in a person. We may even see ourselves in his need for steady validation from the universe as well as his need to control its random nature.

Years ago, I thought the first “Bob Newhart Show” in which he played a psychologist, did some good and some damage as he dealt with the surly Mr. Carlin, a nasty narcissist, as well as the shy Mr. Peterson who had such low self-esteem his knock on the group therapy room door was so gentle it could barely be heard. The exaggerations of Dr. Hartley’s patients were too often a very positive representation of the profession and the illnesses treated. But maybe it showed viewers it was OK for people to get help.

Along came “One Flew Over the Cuckoo’s Nest,” which set the acceptance of mental health issues back a bit, but Hollywood was helping us out. Here came “A Beautiful Mind” which portrayed a full-blown paranoid schizophrenic coping and succeeding in life. “Silver Linings Playbook” introduced us to a likable person suffering from bipolar as did Geoffrey Rush in 1997’s “Shine.”

The entertainment industry has helped us identify and accept all kinds of people with emotional problems as we were a safe distance from the action with nothing expected of us to fix anything. I could name you movie after movie that helped us learn about ourselves, as well as others, as we became involved in the characters’ traits and behaviors seeing from afar how alcoholism ruins lives, selfishness and egocentricity prevent healthy relationships, and depression takes the sunlight out of life and can even lead to death. I imagine each of you has a particular movie or TV show or perhaps a song that resonated with you enough that you thought and perhaps did something different after your experience. 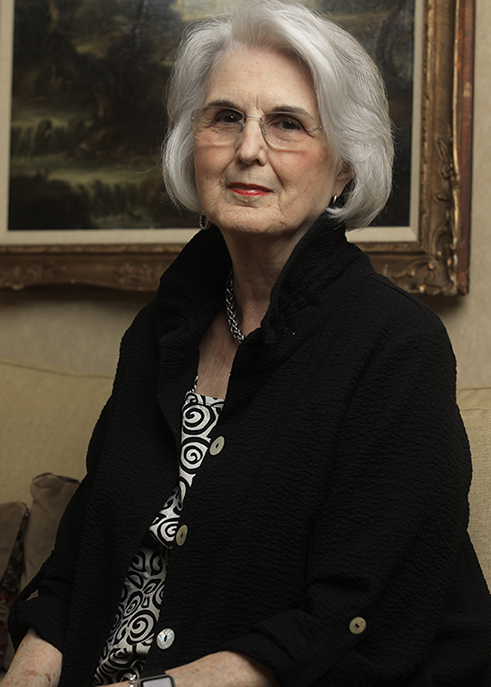 Here is a true story from about 1986. A young man is in my office for his noontime appointment. He is going through a divorce after infidelity was revealed, and he is struggling to sort through all the “stuff” he’s got going. He looked at his watch toward the end of his session and said worriedly, “I’ve got to get back. I don’t want anyone at the office to know I’m coming to therapy. When I asked him why he was so fearful, he remarked, “They’ll think I’m crazy and should be put away. My boss would probably fire me.” I couldn’t tell him that his boss had an appointment with me at 3 o’clock on the same day. Sometimes our worries are unfounded, and as the old saying goes, “What other people think of you is none of your business.”

It seems to me that in our time going to therapy and/or having a therapist is no longer a shameful secret. I see almost as many men as I do women, and I’ve not had clients in years ask if they could come and go from a private entrance. No one seems overly bothered by being in the waiting room, and there are few comments about who was also waiting. I’ve had patients tell me that they feel safer dating someone who has been in therapy and learned about themselves and how they function in the world, especially in relationships. Also, I’ve been told that often “having a therapist” is becoming de rigueur and is a great way to start a conversation. People seem to feel a kinship to another who has recognized that he or she is a very complicated person and has the curiosity and courage to explore. It is perhaps a small symbolic badge of honor to delve into one’s psyche and emerge to talk about it all.

I am grateful for this change toward seeking emotional and mental awareness without fear of judgment. First and foremost, we are emotional creatures arduously appearing from a complete state of comfort into a world that in the beginning seems instantly cold and hostile. People are probing our facial orifices and even popping our bottoms to get us to turn pink and start life in the real world. What a shock! Heaven knows we need all the help we can get. So, thank heavens for loving parents as well as an extended support system, along with a good therapist and good doctors when you need a little extra help along the way. Life simply is the flow of time with developmental milestones as well as the random kick in the gut that can derail us. War, illness, accidents, disappointments, failures, deaths, losses…all potential hazards we must learn to navigate. Reaching out to someone who knows about such things is the smart thing to do. And I’m so glad more and more people are doing so. ◊