Why Mandy? A Case of A Murder Without Motive Part II

This is a re-release of the case printed in the AY November 2006 issue. If you have any leads or information, contact info is at the bottom of the page.

[dropcap]M[/dropcap]ore people attended Amanda Tusing’s funeral at the Dell Baptist Church than lived in the town of Dell itself. The cortege that followed her to her final resting place was three miles long. Such a tremendous public outpouring of grief is usually reserved for celebrities and statesmen; but Mandy, as everyone called her, was special both in the way she lived and the way she died.

Growing up in the northeastern Arkansas Delta, Tusing had been an active member of her church and was popular in school. She enjoyed sports, especially basketball, though she was only five-feet-two. When she was in seventh grade, she played on the basketball team with a girl who was heads taller than Tusing. The tall girl was nicknamed Jolly Green Giant, so Tusing became known as Sprout. The term of endearment stuck with her into adulthood. Most of the folks in Dell had known her from the day she was born, so the whole community was shocked and saddened by Tusing’s untimely death at the hands of a cold-blooded killer.

Tusing was 20 years old when she disappeared late on the night of June 14, 2000, while driving from her fiancé’s apartment in Jonesboro to her family’s home in Dell. It was a stormy night, and she promised to call her fiancé, Matt Ervin, as soon as she got home, so he would know she had arrived safely. When he didn’t hear from Tusing, he called her mother, Susan Tusing, who realized her daughter was uncharacteristically past her curfew. Tusing’s father, Ed Tusing, and her twin brother, Andy, set out from Dell, and Ervin drove from the opposite direction, hoping to find Tusing somewhere in between. All they found, however, was her car, parked under a street light on the shoulder of AR Hwy 18 just west of Monette. The keys were still in the ignition and Tusing’s cell phone and billfold were on the seat. Friends, family and law enforcement combed the area in the following hours and days but turned up nothing. Then, on June 18, 2000, Father’s Day, motorists discovered Tusing’s body floating in a waterway known as Big Bay Ditch, off AR Hwy 135, north of Lake City. The site was more than 12 miles from where her car was found. An autopsy revealed that Tusing had drowned. She had no visible injuries, except a small bruise on the back of her head; no signs of sexual assault were present.

Craighead County Sheriff Jack McCann launched an intensive search for the killer, with veteran lawman Gary Etter heading up the investigation. The case was baffling. Authorities had no physical evidence no motive, and no suspects. Ervin passed three polygraph tests and was cleared early in the investigation. Today, Tusing’s murder remains unsolved but definitely not forgotten.

“I feel a sense of obligation to the family,” Etter said. “I have worked on this case for six years and I’m still working on it. I just wish I could get closure for the family.”
Etter began his law enforcement career when he joined the Jonesboro Police Department in1971 at the age of 21. He started out as a patrolman and worked his way up to the investigative division. Fellow lawmen have described him as “a darn good street cop,” honest and easy-going, with a knack for gathering vital information. He retired early in 1997, but it was a very short retirement. After only three days, he went to work for the Craighead County Sheriff’s Office. His most memorable cases have included the Westside Middle School shootings in March 1998 and the Tusing murder. The lack of progress with the latter has been vexing. He has conducted many interviews and consulted with law enforcement agencies in other states. 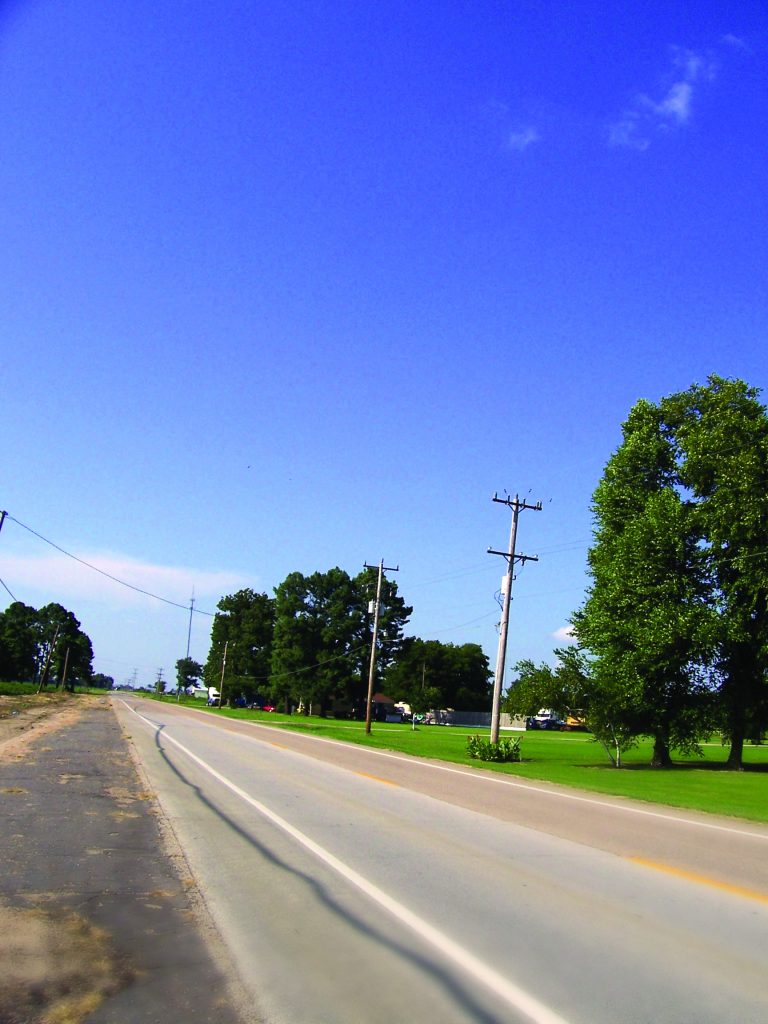 Susan Tusing praised the diligence and determination of the sheriff’s department and Etter in particular.
“Our family could not have asked for a better detective than Gary Etter,” Susan said. “Or for a more thorough investigation.”

It was that respect for his abilities and trust in his judgment that led Susan to confer with Etter before she took an unconventional step in trying to find her daughter’s killer. With Etter’s approval and at the urgings of several friends, Susan contacted Carla Baron, a renowned psychic, who has worked with police departments across the country. The two women had several telephone conversations in 2004, and Susan was impressed, as was Etter. Baron related details about the case that she could not possibly have known. She also gave a psychological profile of the murderer and even part of his name. Though authorities were unable to develop any concrete evidence from Baron’s information, they and Susan believed the psychic’s sincerity. Then in 2006, Court TV developed a new series, “Haunting Evidence,” which follows three psychic investigators as they delve into unsolved murders. John J. Oliver is a medium from Virginia, who has taught college courses in psychic development. Patrick Burns is a paranormal investigator who tries to verify ghostly activity through the use of thermal sensors and other technology. The third person tapped for the series was Baron.

When “Haunting Evidence” sought a cold case file for its first episode, the Tusing murder was a natural choice because of Baron’s knowledge of the case and her established relationship with Tusing’s family.
After some preliminary work and discussion, the crew and psychic team from “Haunting Evidence” arrived in Arkansas to film the segment.

“They came in early March,” Susan said. “The weather, when they came, was very similar to the night Mandy disappeared.”

The lightning and pouring rain created an eerie dimension that Hollywood couldn’t have created better. As the psychic detectives traveled the route Tusing had taken that fateful night, Baron stated correctly that rain had been coming down in sheets when Mandy went missing. Baron and Oliver both expressed their belief that Tusing had pulled over under the street light because of poor visibility and that the killer had pounced on the opportunity to take her. Perhaps he had been trolling for a victim and when he saw Tusing, stopped his own vehicle, got out and tapped on her car window under the pretense of asking if she needed help. Baron and Oliver also concurred that the man either was or had impersonated someone in a position of authority, such as a policeman. The two psychics spoke in the moment as if the events were still happening.

“He looks official,” Baron said. “He’s wearing a hat like a state trooper’s.”

“She trusts him,” Oliver said.

Susan has always suspected that the killer either was a police officer or someone pretending to be one. She and the psychics are not alone in espousing this theory. FBI representatives consulting with Etter also suspect a policeman or a wannabe-cop.

For some Arkansas residents, this may bring to mind the so-called “Blue Light Rapist,” who terrorized female motorists in eastern Arkansas in 1997. Using a blue light mounted on his car, he tricked women into pulling over and then assaulted them. But that case ended with the arrest and conviction of Robert Todd Burmingham, who is serving an eighty-year prison sentence in the Arkansas Department of Correction. As for the Tusing murder, the blue light theory remains just that … a theory.

Baron and Oliver explained how the killer overpowered Tusing.

“He covers her mouth with a cloth.” Again using present tense, Oliver implied the use of something like chloroform. “She’s drugged.”

Baron thinks the murderer then took a picture of Tusing and suggests the Tusing case may be part of a string of murders.

“She just quietly goes to sleep,” Oliver said; he rested his hand on Susan’s shoulder through much of their session. “She very quietly goes into death.”

Both psychics think the murderer lives near the scene of the crime. Oliver went  so far as to give specific directions to the killer’s house.
Oliver also provided a detailed description of the man, saying he was from 25 to 30 years old with brownish-blond hair, light eyes, thin eyelashes and full lips. This was enough for a sketch artist to come up with a rendering of the suspect’s likeness.

Though none of the information gleaned from the psychics can be used as direct evidence, it may provide investigators with a fresh perspective and help them connect clues they already have.

Sheriff McCann promised to consider all the ideas presented by the psychics. “We will definitely take action on what was said. We’ll never quit on this.”

Neither will Tusing’s mother. She does everything possible to keep Tusings’s murder in the public eye, hoping someone will come forward with the evidence needed to catch a killer.

“We never know when this person will strike again, or where,” Susan said. “We want him behind bars. We want justice for Mandy.”