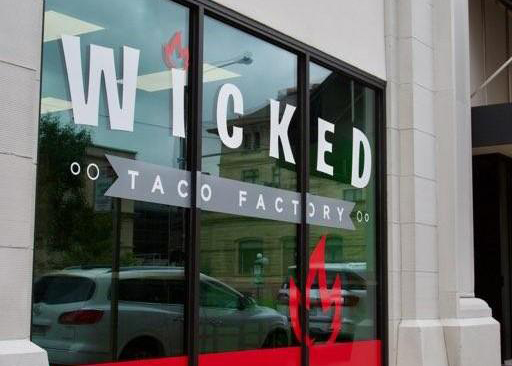 Melanie Aquino, owner of Wicked Taco Factory, had a long road to opening her brick and mortar restaurant in downtown Little Rock.

Her career in the restaurant industry began with the Grills on Wheels food truck. Her husband, Al, had originally opened the truck in 2011, but he stopped operations after about a year. In 2013, Melanie decided to revive the truck and scouted locations until she decided on the parking lot of Frances Flower Shop, right by the State Capitol building, where they stayed for nearly seven years.

Turning the truck into a permanent location has been in the works for years, according to Aquino. She and her team found a location in the Pyramid Building in downtown Little Rock, a former Subway restaurant, and worked to completely remodel the space this year. Then, in March, the coronavirus pandemic hit, and both the new location and the Grills on Wheels truck were put on hold. 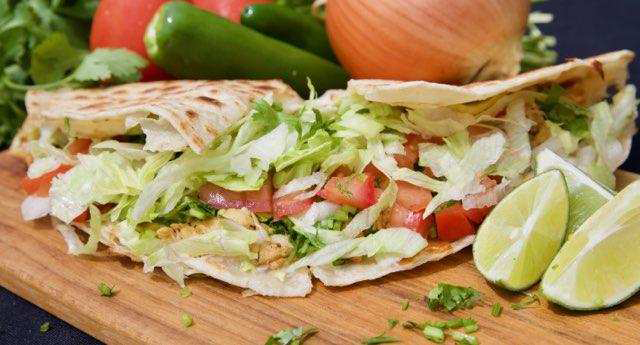 “Our main business is folks by the Capitol who walked right over,” Aquino said. So they waited until people were able to return to work, and slowly continued to work on their new location. Finally, Aquino says, she couldn’t wait any longer. Wicked Taco Factory opened its doors on Sept. 14.

“In a way it’s been easier and in a way it’s been more challenging to be in the restaurant,” said Aquino. They have much more space, more employees, and are less affected by the weather. Wicked Taco Factory has more to manage than the food truck, but now they’re able to serve even more customers.

The menu has a “Californian-Mexican flair,” according to Aquino.  Most of the recipes come from chef Lorena Esquivel, who is from Mexico, and the rest come from Aquino’s husband, whose family lives in Monterrey, Mexico. Aquino says that authentic items on the menu include their lengua, or beef tongue, and the chicken tinga, which is shredded chicken cooked in a chipotle sauce. Any of their meats, also including chicken, steak, and pastor, can be ordered as tacos, quesadillas, and tortas. 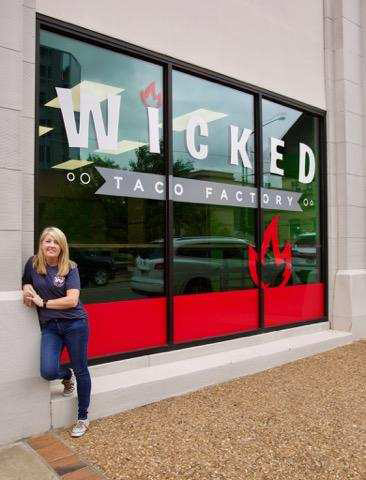 Another idea, the bacon ranch “Nathan’s” hot dog, came from Aquino’s husband after a visit to Miami. It’s a deep fried hot dog wrapped in bacon and covered in ranch, onions, and jalapenos. Aquino says she was doubtful at first, but customers have loved it enough that they kept it on the new restaurant’s menu.

“We’re pretty much the same with some new additions,” said Aquino while describing their menu. 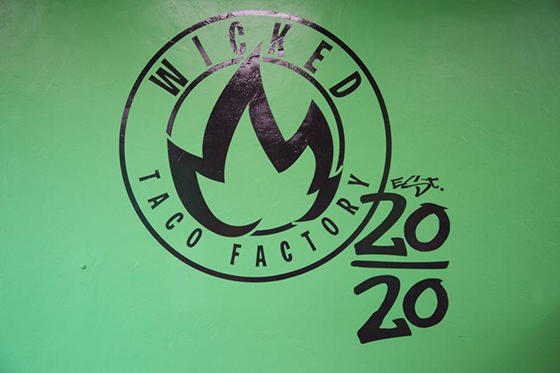 One popular new addition are the carne asada fries, which piles their steak, onion, queso, and cilantro onto a bed of french fries. They’ve also added tortilla soup to the menu, and turned their popular burrito salad from the food truck into a taco salad. The new location has continued the truck’s popular Taco Tuesday deal, where customers can buy 4 tacos and get 1 free.

READ MORE: The Taco the Town