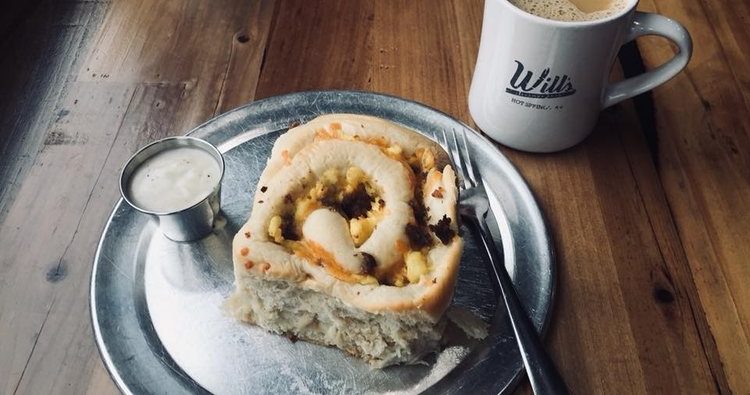 Will’s Cinnamon Shop, the sweet bakery located in Hot Springs, has announced that it will be expanding to the Uptown area, with a lot it plans to stack with food trucks or trailers.

On Aug. 16, the restaurant announced that it had leased 910 Park Ave for its food trailer location. The grand opening will take place on Sept. 17, during Park Avenue Community Association’s (PACA) Block Party and Yard Sale. In addition to announcing its plans for the food truck location, Will’s Cinnamon Shop also announced it is currently looking for two or three food trucks or food trailers to park in the same lot.

All treats at Will’s Cinnamon Shop are locally sourced and made from scratch, according to its website. The shop also is dedicated to making hand-made, non-mix, totally from scratch, in house cinnamon rolls.

Cinnamon rolls currently made include savory rolls – which include sausage, egg, and cheese with country gravy or salsa – rolls drizzled in chocolate or caramel, with a choice of drizzle flavors and toppings. In addition to a menu full of cinnamon rolls that are baked daily, the shop also sells a variety of coffees, including lattes, espresso, cappuccino, cortado, red eye,  that are made to taste with whichever flavor you choose. Cookies are baked fresh in multiple flavors, including Magic cookies, peanut butter, chocolate chip and snickerdoodle.

The shop also serves ice cream treats, made with locally-sourced Loblolly Creamery Ice Cream,  and teas in addition to all of its other offerings. The in-store location for Will’s Cinnamon Shop is at 1001 Central Ave., in Hot Springs.

For more information about Will’s Cinnamon Shop, click here, and to stay up-to-date on all shop announcements, visit its Facebook page.