By Josh Conley | Photography by Averell Mondie
The quintessential company town, located midway between Memphis and Missouri along Arkansas’ scenic Highway 61, was founded in the late nineteenth century, first supporting a sawmill, then once the old growth forests were harvested and the swamplands drained, a vast cotton operation dependent on tenancy and sharecropping emerged.
The town’s founder, R.E. “Boss” Lee Wilson, and his subsequent heirs would shape the course of agriculture in the South over the course of more than a century. Though the Wilson family homes still stand proudly on the north side of the town, the family’s influence has all but waned as the entire outfit, farmland and all, was purchased by Gaylon Lawrence in 2010. Wilson’s original architecture, Tudor-inspired at the behest of R.E. Lee Wilson Jr., is as stunning as it is unique. The soaring white eaves and intricate masonry stand boldly against the backdrop of the town’s dense tree cover. Lawrence, along with academic-turned-town-manager John Faulkner, have taken on the redevelopment of Wilson into a cultural destination as a passion project, slowly putting together the pieces that make up a great town.
Though this new chapter in the town’s history has just begun, accolades abound. Earlier this year, Wilson was honored with the 2018 Arkansas Heritage Award and has been listed in USA Today as one of 10 Best Southern Small Towns, as it consistently receives mentions in national and regional press.
Today, you’ll find an assortment of businesses and attractions, both old and new on and near the historic town square. Unlike many of the communities you’ll find in this stretch of the Delta, with their shuttered storefronts and neglected infrastructure, Wilson stands out, both architecturally and in terms of attitude. The small community of about 900, nestled under an impressive stand of shady cottonwood trees, is seeing new life at the hands of its new owners.
Those who call Wilson home will tell you that time moves just a bit more slowly here, something visitors from nearby cities like Memphis or Little Rock are seeking. The skies are big, the crops go on for what seems like forever and the laid-back pace of this Delta community reminds you to remember the stuff that really matters. “People are coming to visit Wilson to take things in and take things back,” says Kerri Snead, of White’s Mercantile. Amenities be damned, Wilson’s destination status is all about feel. 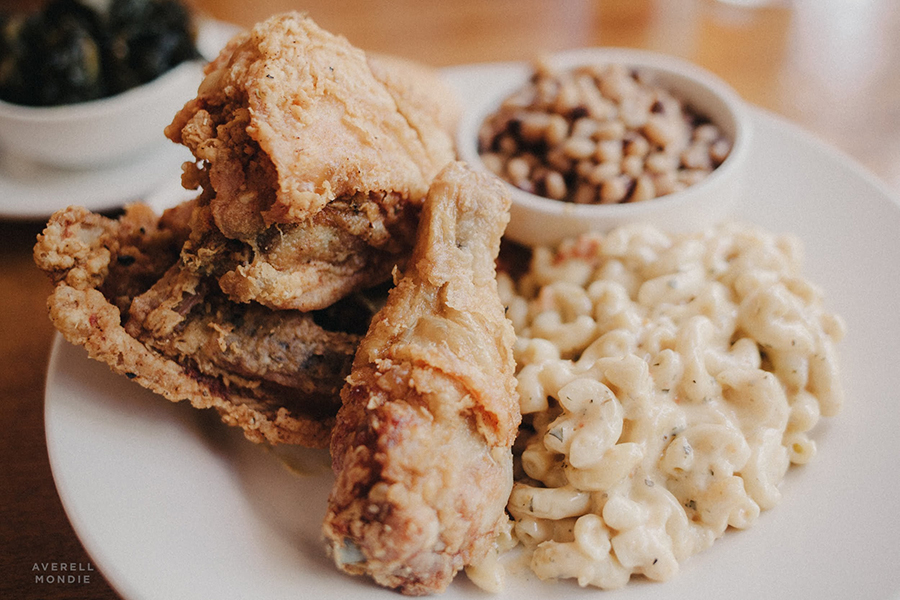 Fried chicken and pimento mac and cheese are what dreams are made of. 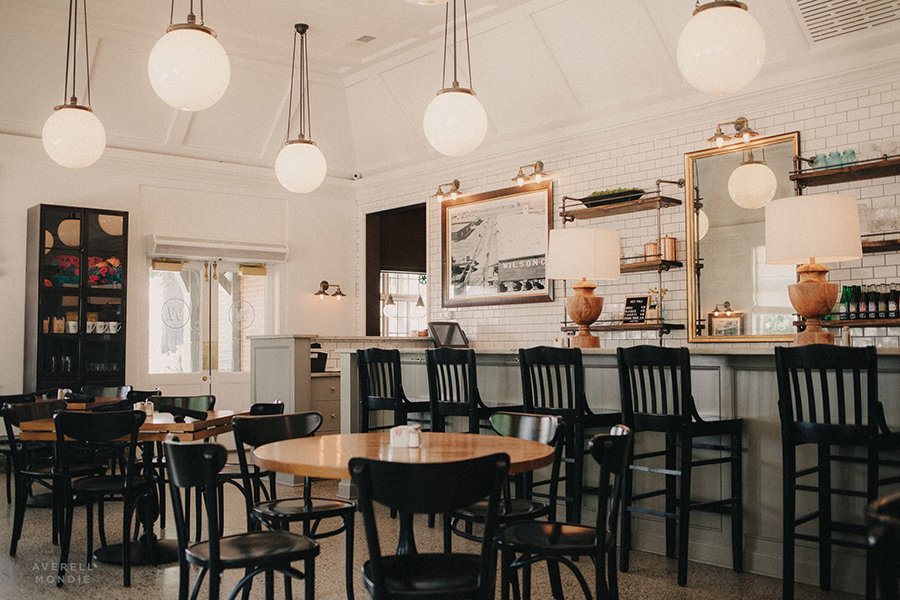 Perhaps the crown jewel of the Wilson Town Square is this subway tile-clad restaurant. An institution in the community, the restaurant has existed since at least the 1930s (as the Wilson Tavern) and in its current incarnation is helmed by Memphis transplants Joe Cartwright and Shari’ Haley, who turn out picture-perfect modern classics. The stunning space is full of natural light and the camaraderie of town life.
Sunday lunch at the Wilson Cafe is what dreams are made of: Think perfectly fried chicken, pimento macaroni and cheese and locally sourced vegetables (the read-out of daily sides will have you question whether you really need the chicken – you do.) Get there early to beat the church crowd and don’t think of passing on dessert — a slice of Haley’s coconut pie or doughnut bread pudding is worth the trip on its own. 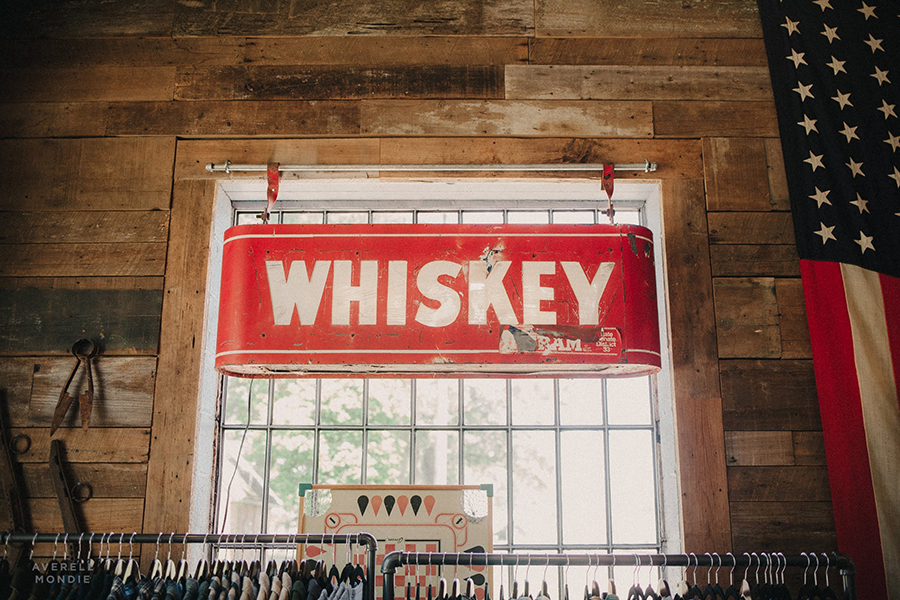 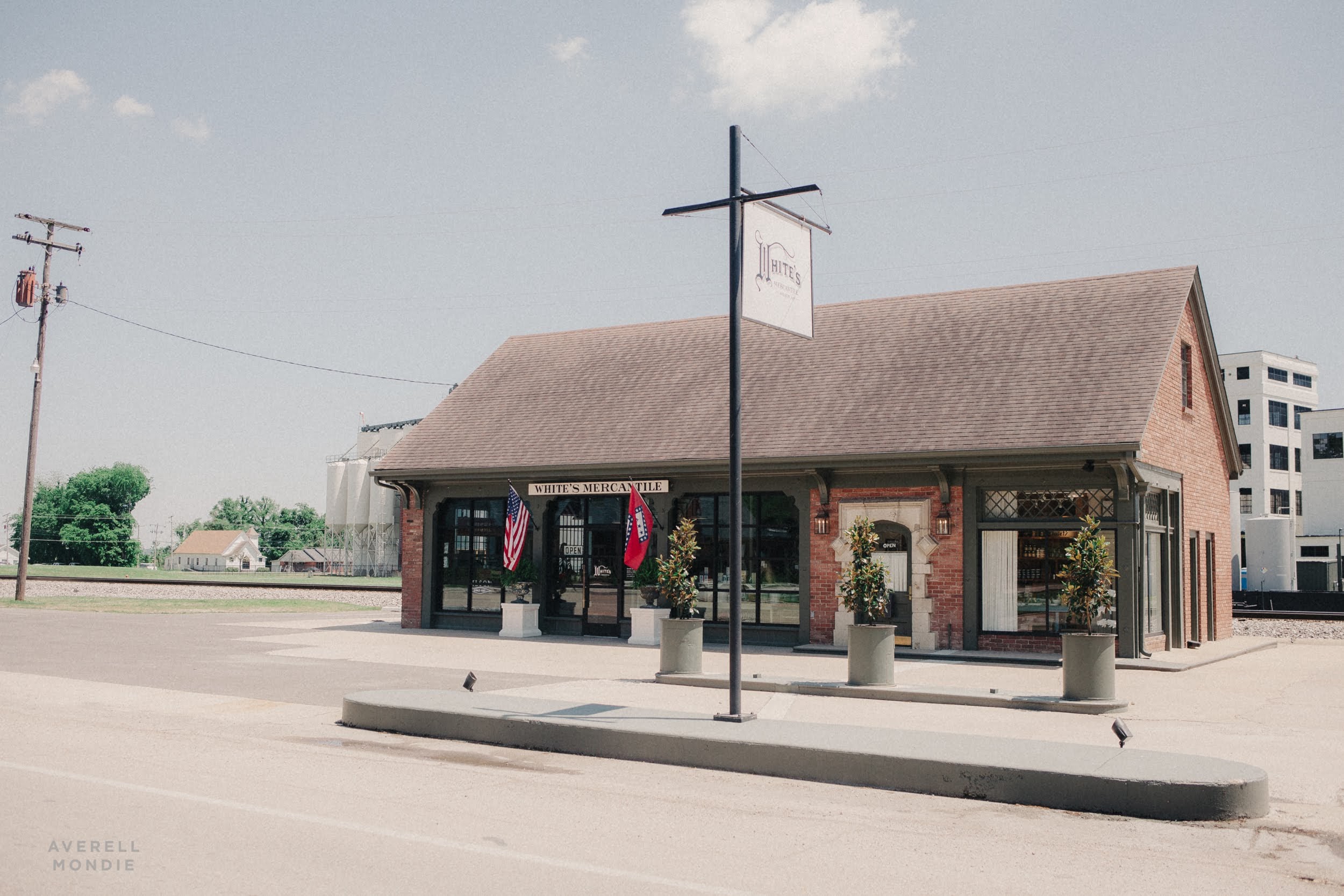 Across the square and housed in a refurbished service station is White’s Mercantile. Owned by Holly Williams (the granddaughter of Hank Williams) this general store with a Delta accent supplies residents and guests with essentials like gift cards, cast-iron skillets and literature, as well as high-end clothing, housewares and more.

Located just down the highway, Ish’s Bassett Bar is a real-deal dive bar, where the hard-working locals gather after long days. The proprietor, Ismael “Ish” Herrera, grew up in Mississippi County. By day, Herrera works as a farm mechanic and the community’s welder; his welding shop is next door to the bar. By night, his Highway 61 watering hole, which has been known to get quite rowdy, draws a crowd of locals to indulge themselves in live music, a game of pool and of course, cold beer. If you’re nice to the bartender, she might even run you a weekly tab.

The newest addition to the Wilson Town Square is a state-of-the-art museum housing a collection of renowned artifacts collected from the Nodena site – a late Mississippian-era people who inhabited the area for 2,000 years, around 1400 BCE. Additionally, the museum will feature the fossilized remains of a prehistoric mastodon skeleton discovered on nearby Island No. 35 in 1900. The new interactive facility is set to open for tours this spring.

Drawing on the music history of Highway 61, which runs through the middle of town, might be considered an easy target. But Wilson’s music series has proven to be a bullseye. Not only are the quarterly events free and feature a shuttle to and from Memphis, they are also known to attract notable regional and national talent such as Phil Vassar, Mark Edgar Stuart and John Oates (of Hall and Oates fame). A collaboration with Memphis’ Crosstown Arts promises continued excitement for the series, including the redevelopment of the town’s historic movie theater into a listening room.

The town’s grocery store located right on the square maintains its classic small-town Americana charm. Word has it that they make the best burger in the county, too.

This 100-acre vegetable production operation with weekly deliveries to Memphis and a popular CSA program is currently in transition to a new phase, but its facility, named the Grange, remains a popular venue for events such as the town’s annual Kentucky Derby party, Crawfish Festival and weddings.

An independent academy housed on the grounds of one of the original plantation homes, The Delta School focuses its curriculum toward intellectual curiosity and inquiry-based studies. The grounds feature an extensive vegetable garden, greenhouse and maker spaces.