Wings Over The Prairie

The week of Thanksgiving is always a time to gather with family. In Stuttgart, the Duck and Rice Capital of the World, a larger family gathers to celebrate the bounty of the Arkansas Grand Prairie.

This year, the east Arkansas town celebrates the 81st Annual Wings Over The Prairie Festival, a fete that will bring in visitors from all over the world to hear and compete in the World Championship Duck Calling Competition, shop for duck calls and everything duck in a massive street festival. Festival goers may enjoy amusement rides, watch and participate in demonstrations and explore the gigantic tent at Duck Gumbo, where competitors vie to see who makes the best gumbo in a Mardi Gras-meets-the-Delta atmosphere.

The part that makes the most noise, of course, is that duck calling contest. 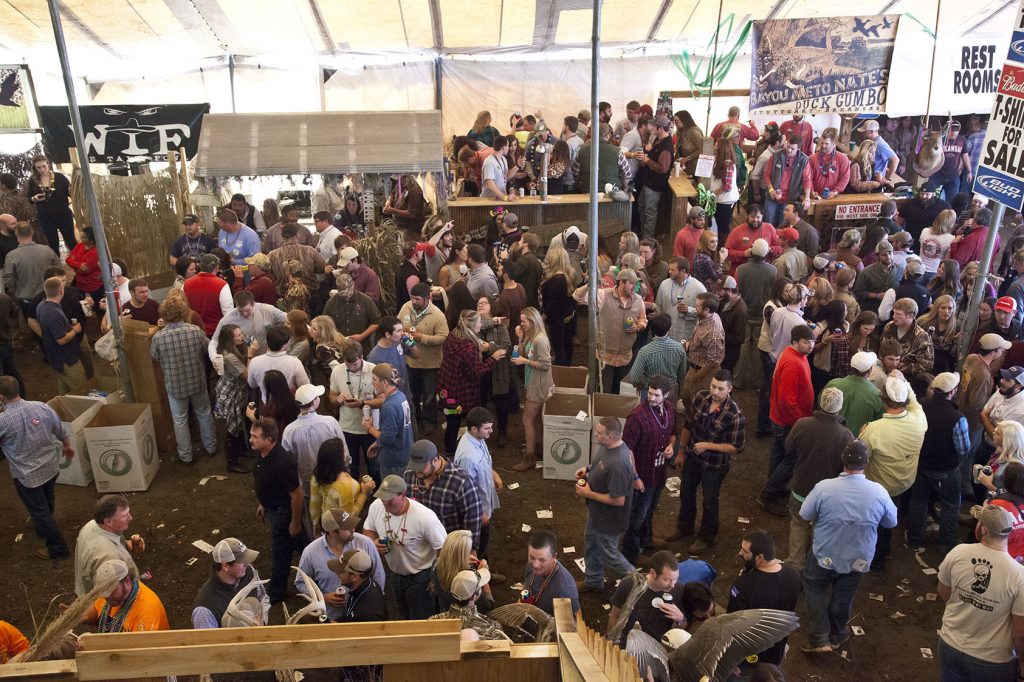 One of the highlights of the weeklong festival is the World’s Championship Duck Gumbo Cook-Off. 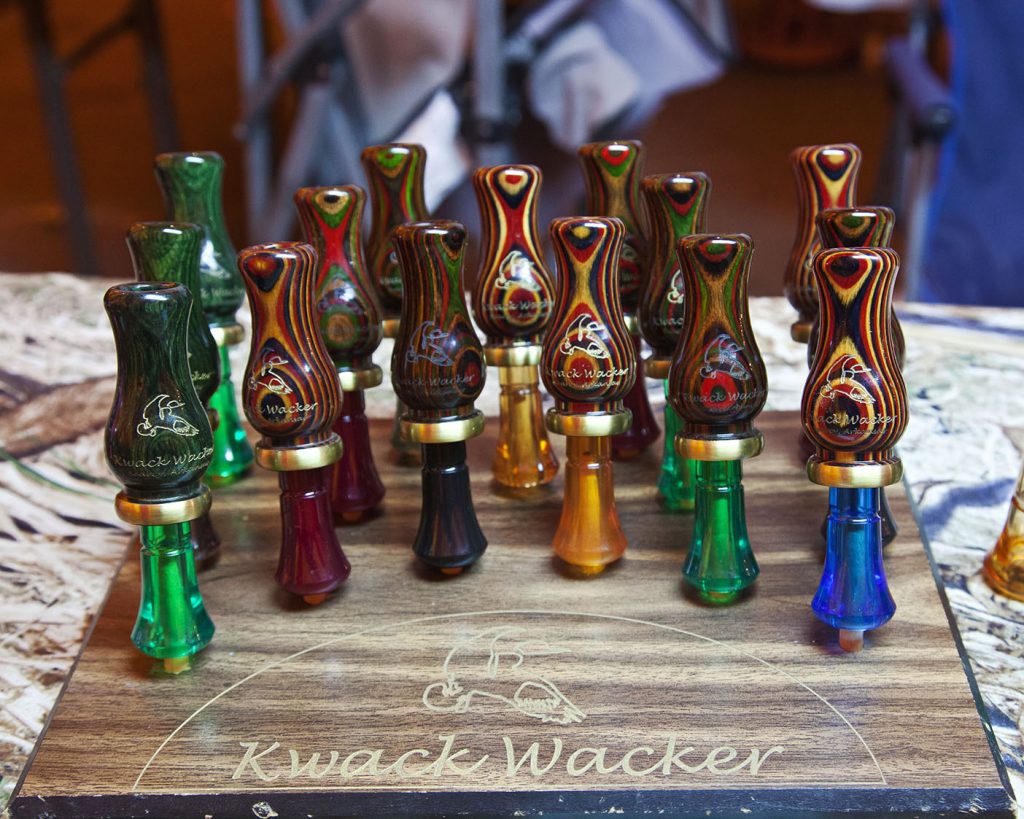 The beauty of the craftsmanship is evident in this grouping of wood duck calls. Competitors will use them to compete for the title of the 81st World’s Championship Duck Caller.

Seventeen men participated in that very first competition. The winner was Thomas E. Walsh of Greenville, Mississippi, who won the contest by producing the sounds in his throat rather than using a duck call. His prize was a hunting coat.

Over the years, word spread and more individuals came to compete, and the prize money has increased. Today, hundreds compete on a dock on Main Street, people from all over the United States, and even from Europe and Asia, to portray the most accurate calls.

While the duck-calling contest is at the heart of Wings Over The Prairie, it is far from the only activity. The festival begins Nov. 19 with pageants to determine Queen Mallard and Junior Queen Mallard. The youth duck calling 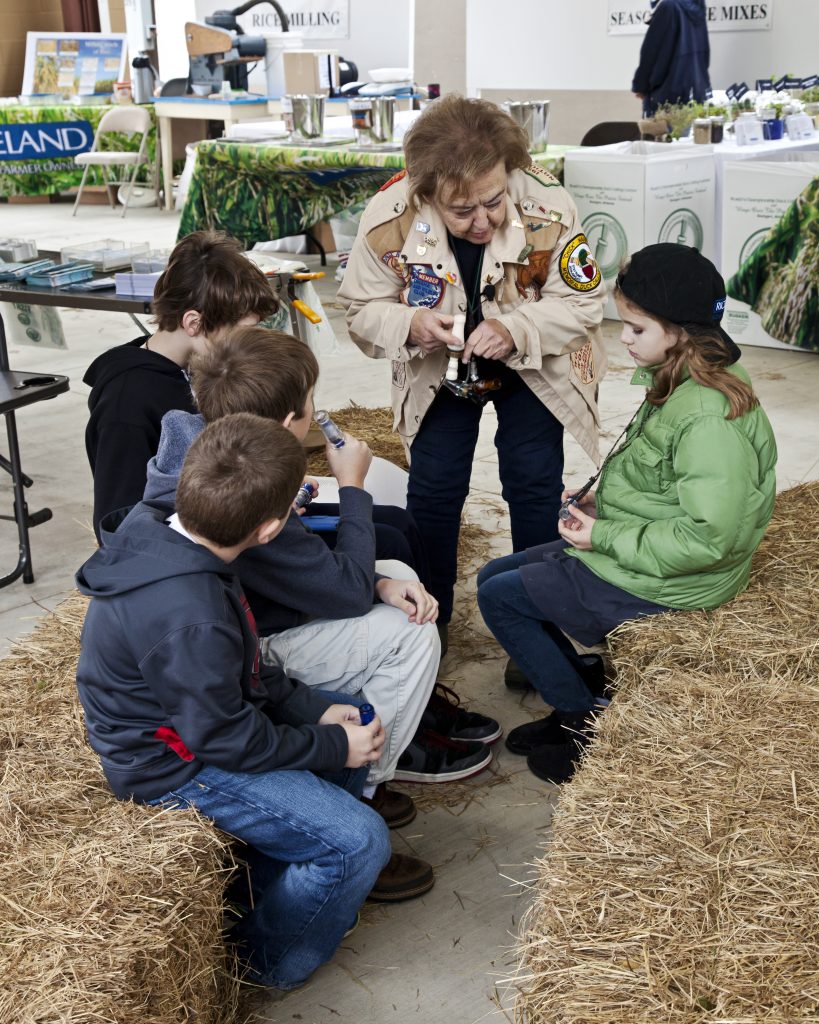 Pat Peacock, the only woman who has ever won the World Championship Duck Calling Competition, shows youngsters how to use duck calls.

competition takes place on Tuesday, the 22nd. The midway and carnival open on Wednesday and run straight through Saturday (yes, across Thanksgiving Day).

Friday the 25th, a new tradition begins with the debut of the Trap Shoot Competition at Mack’s Prairie Wings. A long tent will open along Main Street with vendors from all over the country. There, sportsmen and women will be able to find everything from duck calls to sporting gear, apparel, jerky, blinds and even duck dog adoptions. There’s a pavilion opened by Riceland Foods where visitors can learn how rice is raised and harvested and the differences between each variety, and a collectibles show that showcases the history of duck calls and other gear. The competitions begin at 11 in the morning with the Chick and Sophie Major Duck Calling Contest, which is only for American high school students. A qualifying competition follows for those who want to compete and who haven’t qualified at a previous contest elsewhere.

On Saturday, the festivities continue in the morning, with a 10k first thing in the morning and the legendary Duck Gumbo cookoff. The latter has become legendary in the area – described as “redneck Mardi Gras,” it’s not only a competition to see who makes the best gumbo with duck but a festive adults-only fete where competitors create elaborate booths that can soar 30 feet high, under a massive tent in the Producers’ Rice Mill parking lot.

The big competition begins at 2 p.m. on Saturday, with the official World Championship Duck Calling Contest on the Main Street Stage. The best of the best vie to see who can perform three duck calls the best.

The event, the largest such gathering each year in the Grand Prairie, is a must-attend for locals, who don jeans, boots and lots of camouflage and socialize at the various activities.

To discover more about Wings Over The Prairie, check out StuttgartArkansas.org or call the Stuttgart Chamber of Commerce.