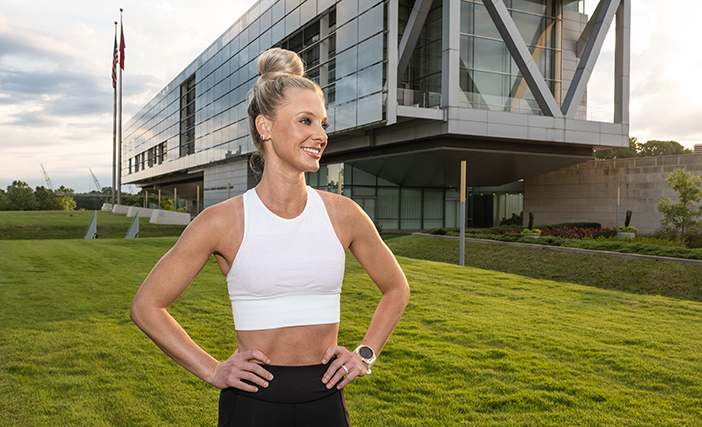 For this week’s Woman Wednesday, AY About You sits down with Lee Ann Jolly.

After completing her dissertation research, Jolly saw an opportunity to combine her Ph.D. with her love for people and fitness programming to provide something incredibly unique within the fitness industry: formal education and fun. That’s how Jolly Bodies was born. 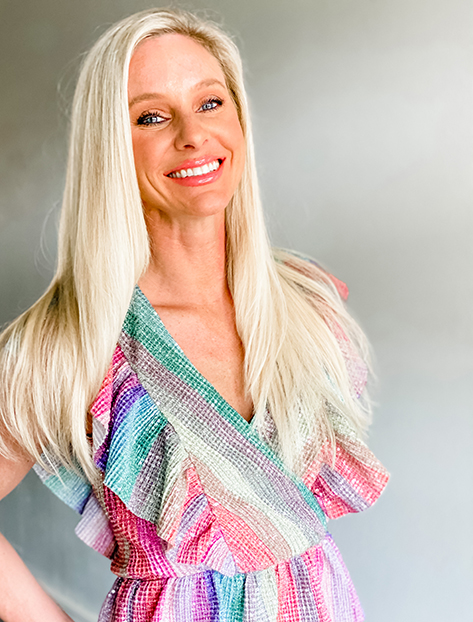 One of the reasons Jolly Bodies is so special to Jolly personally is because she hasn’t shied away from incorporating the things that she loves into the business itself, she says. “I love anything that reminds me of the 10-year-old me – things that aren’t contingent upon a return on investment. Things that bring joy for the sake of joy,” Jolly shares.

We asked Jolly what it means to her to be a woman.

Jolly: Women have wrestled for long enough with people in power continually attempting to define womanhood for them. This is especially true for underrepresented groups including women of color. As a person whose womanhood has been challenged based on whether I have children, what type of career I aspire to have, what I look like, or how “sugar and spice” I am, I can swiftly rule out defining womanhood based on these arbitrary social constructs because none of these things make me who I am.  To me, being a woman is ultimately being human, which means being 100 percent myself with a sense of confidence and freedom.

We asked Jolly what struggles she has faced as a woman in her field.

Jolly: As a woman who has worked in two completely different fields – academic research and the fitness industry – unfortunately, a lack of respect for women has been a continual issue that I’ve experienced and witnessed my female colleagues go through.  I remember once at a scientific conference having a meeting with a male professor from another institution that I hoped to work for.  As an excited graduate with my Ph.D. I really looked forward to learning about the research opportunities at the institution, however instead of starting the discussion about my accomplishments and aspirations, this professor chose to talk about my appearance instead, pointing out that I did not “look like a typical Ph.D. student”. At that point in my life, I was conditioned to believe that having a doctorate would somehow earn me more respect as a woman. I realized at that moment that being educated does not or should not be a prerequisite for being treated with respect as a woman. In the fitness industry, women are hyper-sexualized constantly and labeled based on what they look like. Women are compared to apples, hourglasses, and pears to define their bodies. While academia and fitness couldn’t be more different, what I’ve realized is that in both, the same issues women have always been faced with persist. However, I am confident that conversations like this and increased awareness and understanding can change that for the better! 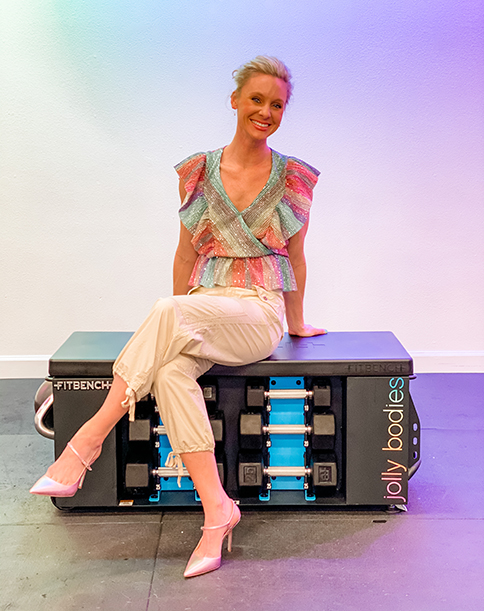 Jolly offers a word of advice for the young women and girls who might read this article.

Jolly: I wish I had known as a teenager how damaging the phrase “that’s just the way things are” truly was. It’s easy to stay on the sidelines and fall into a trap of thinking that using your voice to challenge the status quo doesn’t matter – but it does. In fact, your voice is a necessity for change and can provide courage for others to use their voice as well. In science, we call that a catalytic effect – just one voice can be the spark that ignites conversations and positive change surrounding equality, justice, and inclusion.  While speaking up and questioning the way things are can feel icky and scary, that’s okay! Being courageous and speaking up for what’s right when it’s not popular totally conjures up those vulnerable feelings. As Brené Brown says, we can’t be brave without being vulnerable. That means that we can’t control what others think about us. The good news? Your worth isn’t determined by what others think of you, your pants size, your education, bank account, or your job. It’s inherent and can’t be taken away from you. On another note, know the difference between “nice” and “kind”. Nice translates to “agreeable”. Kindness is reflected by benevolence and love. You can be exceedingly kind without having to be agreeable. Don’t be afraid to disagree with the things that you know aren’t kind.