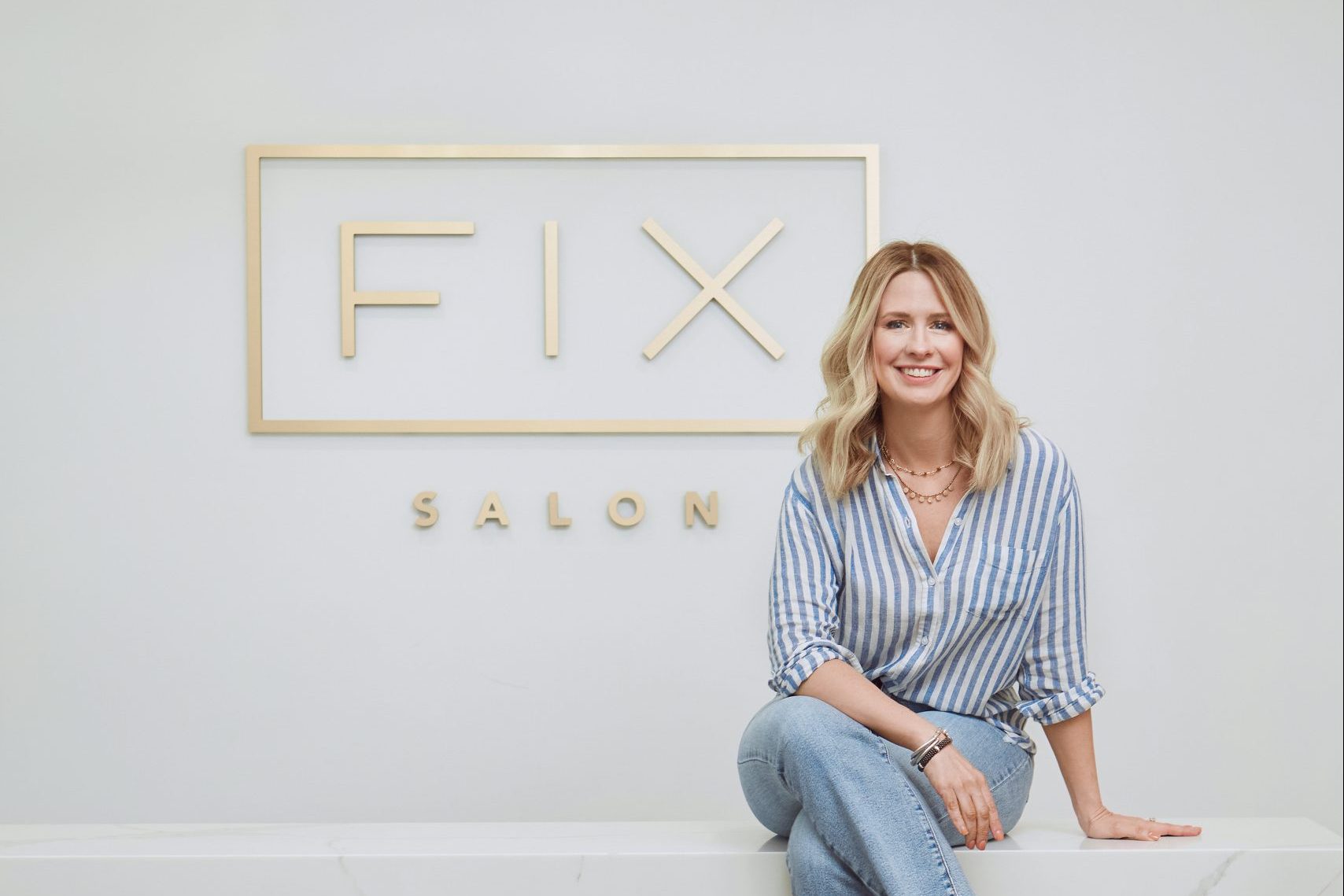 For this week’s Woman Wednesday, AY About You sits down with Natalie Black Blaney, owner of The Fix Salon, in Little Rock.

Blaney grew up in Corning, where she was the oldest of three children in an entrepreneurial family. After high school, she moved to Jonesboro and attended Arkansas Academy of Hair Design where she obtained her cosmetology license. After working for three years to build a clientele, Blaney decided to go back to college and attended Arkansas State University (ASU) while still maintaining a full clientele in the salon. After two years at ASU and five years behind the chair, Blaney made the decision to expand her knowledge in the beauty industry. She applied to and was accepted at the Fashion Institute of Design & Merchandising (FIDM) in Los Angeles where she majored in beauty marketing. During her time at FIDM, she began working as a front desk coordinator at The Chris McMillan Salon in Beverly Hills. She graduated FIDM in 2008, and immediately went to work full time at The Chris McMillan Salon as an assistant to Jorge Serrano, learning from him while tending to his full celebrity clientele. This is where she perfected her craft as a hairstylist and realized it was more of a “calling” than a job.

In 2010, Blaney decided to return home to Arkansas and chose Little Rock as a place to plant her roots. She went to work at Fringe Benefits Salon where she built a successful clientele in her eight years there. In 2017, after 15 years in the beauty industry, she finally decided to follow her dream of being a salon owner. In March of 2018, she and her husband, Patrick, purchased space in the Riviera Condominiums building. Then, in October of that same year, Blaney opened The Fix Salon — at 35 weeks pregnant. Four days later, she gave birth to her first child, a little girl named Blair. Blair is now 2 years old and is a big sister to her little brother, Deacon, who is 7 months old. Blaney spends her free time educating herself in the beauty industry, going to the lake with her husband and playing with her children.

We asked Blaney what it means to her to be a woman.

“Nowadays, being a woman has a whole new meaning,” Blaney says. “In 2021, you can ‘have it all,’ so to speak. You can own a business, have children and manage many different areas of life. Women are now encouraged to be leaders, to speak up and to take charge. It gives me great pride to show my daughter my hard-working, take-charge side so that as she gets older, she becomes a strong courageous woman.”

Blaney explained some of the challenges that she has faced as a woman in her career.

“I face the same challenges most female working mothers in any field face — balancing work and life at home. Sometimes because we can ‘have it all,’ we feel as if we are forced to ‘do it all.’ Figuring out how to devote enough time to my salon baby and my children is my biggest obstacle.”

Blaney offers a word of advice for the women and girls who might read this article.

“Don’t ever give up. Work hard. Be honest. Do the right thing, even if the ‘right thing’ isn’t what is most beneficial to you. Have confidence in your capabilities, but be humble enough to accept criticism. Learn from others. And fake it ’til ya make it.”