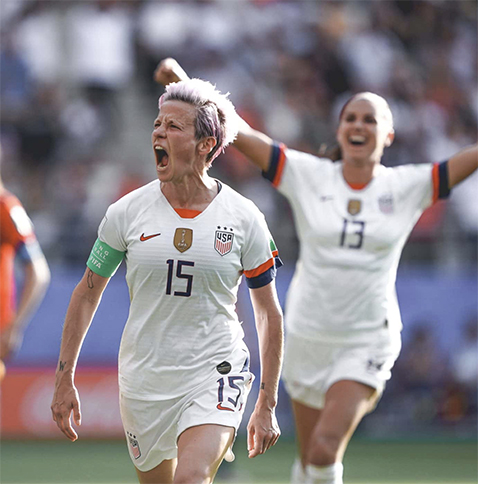 After easily winning their group en route to the round of 16 teams, the U.S. Women’s National Soccer Team (USWNT) faced their first real challenge on Monday against Spain, which ended as a 2-1 victory for the U.S.

The USWNT scored a record number of goals and conceded zero through the group stage, which led to the only real marks against them: criticism for scoring too many goals.

But Monday was evidence of how high the stakes are when advancing to the knockout round, and how fragile victory can be, even for the world’s best. Despite this being the first time Spain has made it this far in the Women’s World Cup and the U.S. being defending champs, they were not intimidated and gave the U.S. a run for their money.

The USWNT’s two goals on the day were both scored by Megan Rapinoe (‘7, ‘76), and each was netted via a penalty kick. Spain’s only goal was scored a mere two minutes after the U.S’ first, so for 67 minutes of play, the United States was one kick away from elimination.

Following the victory, the U.S. move on to face France in a heavyweight quarterfinals matchup on Friday. The French hosts defeated Brazil 2-1 on Sunday.

The current FIFA rankings list the USWNT at number one in the world, and France at number four. France will have virtual home-field advantage at the Paris stadium, and will not make it easy for the U.S. to defend their title.

The winner on Friday will move on to face either Norway or England in the semi-finals on July 2. 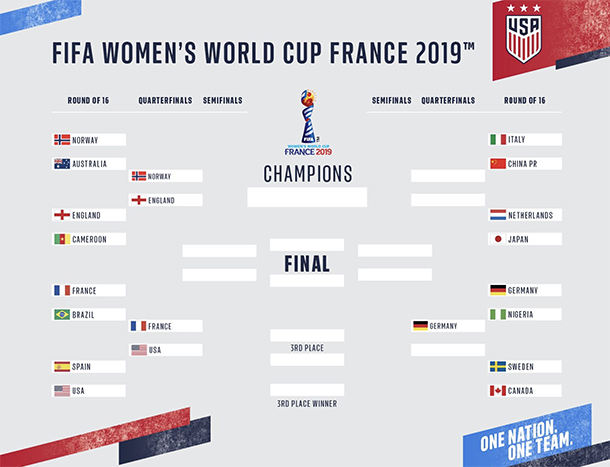