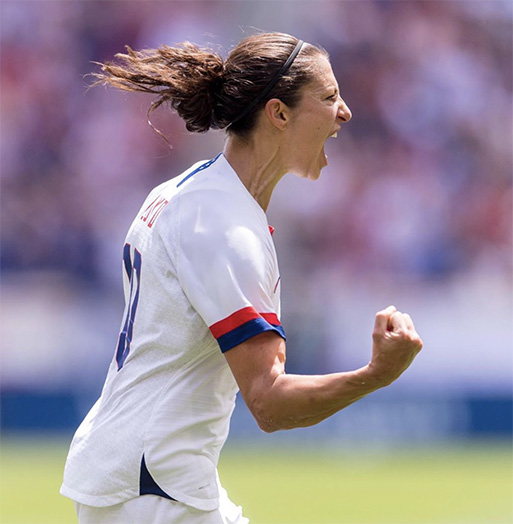 The U.S. Women’s National Soccer team rolled past Chile on Sunday for its second win in the Women’s World Cup.

While not as dominating as their victory against Thailand on June 11, the U.S. team scored three goals and shut Chile out from scoring. So far, the U.S. has been undefeated as it moves to its next game against Sweden on June 20.

Shoutout ? to our 4️⃣ #FIFAWWC debutants! ??

The Thailand game attracted controversy for the U.S. team’s unrelenting performance. U.S. players scored 13 goals during the game while Thailand scored none. Backlash to the score and the players’ celebrations ensued, but the players appeared to take the criticism in stride during the Chile game.

Sweden and the U.S. have moved forward to the knockout stage. The June 20 game will determine the team that wins Group F.

Got the dub. Got the 6 points. #OneNationOneTeam

A Hunting I Will Go: Moments and Memories
October 31, 2022
Go to Top
Never Miss An Issue!