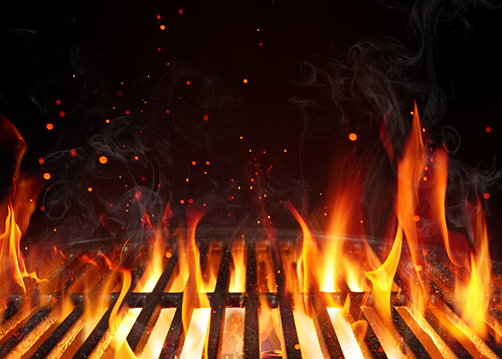 At AY Magazine, we love all things Arkansas and all things BBQ. When you put the pair together, you have perfection!
One of our favorite local barbecue companies, Woody’s Bar-B-Q Sauce Co., recently claimed a top prize at the Fiery Food Challenge Awards in Irving, Texas. Woody’s won the coveted Golden Chile award for the Cook-Off: Table Seasoning category for its Woody’s Bar-B-Q Dry Rub & Seasoning.
This Waldenburg-based company clinched several other categories during the spicy food competition. Woody’s won second place in the marinade category for its Woody’s Marinade & Baste and won third place in the vinegar-based barbecue category for its Woody’s Hickory Mild Bar-B-Q Sauce. 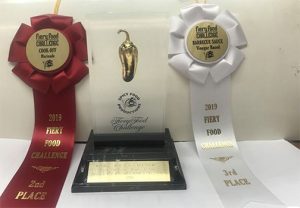 At the Fiery Food Challenge, restaurants and food companies have to bring the heat! These food companies must bring their hottest, spiciest or zestiest food products to be tasted by a panel of judges. Only professionally packaged food products are accepted during the competition.
Because the food served can get so hot, the judging sessions have to be spread out over three days and there are two sessions per day. That’s so the judge’s mouths don’t get burned out!
William “Woody” Wood, co-owner of Woody’s Bar-B-Q Sauce Co., is pleased with the company’s awards haul at the Fiery Food Challenge. “We are very excited to have won a ninth Golden Chile!,” he says.
Originally started as a hobby in 1985, Woody’s has grown into an eastern Arkansas institution. Woody began selling barbecue full-time in 1992 and now produces a whole line of barbecue related food products.
RELATED: What is Arkansas Barbecue?