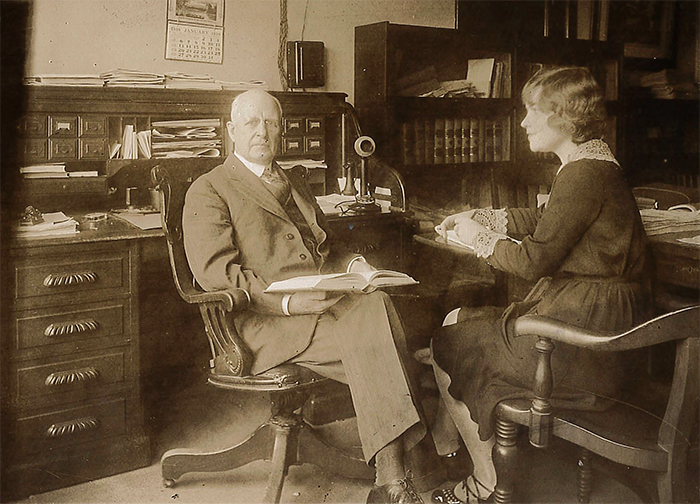 Nearly 120 years after it was founded as a one-man law practice, Wright Lindsey Jennings has grown to become one of Arkansas’ leading firms. With 67 attorneys based in its Little Rock and Rogers offices offering comprehensive legal services across more than 50 service areas and 20 specific industry groups, the firm has a rich history of representing the businesses, organizations, and industries that make up the fabric of the state and regional economies. WLJ’s attorneys strive to address each client’s particular needs in a cost-eﬃcient and timely manner while remaining sensitive to the business, political and practical considerations inherent in every legal matter.
The firm traces its roots to 1900, when one of its founding members was an attorney for the Rock Island Railroad, with an office in the train depot near where the Clinton Presidential Center is today. Focused on defense and injury cases, the practice added partners and associates over the years and set its course for the future with a broad range of specialties. The name of the firm has changed with different partners over the years, but, since September 1, 1965, has been known as Wright Lindsey Jennings. While the firm only has offices in Arkansas, WLJ has clients from all over the world who have needs in Arkansas and employ the firm to handle cases all over the United States.
Their peers consistently recognize many of WLJ’s attorneys as among the best in their areas of practice, and its distinguished alumni include former President Bill Clinton, who worked at the firm between his terms as governor, as well as a former U.S. senator, and several judges, public servants and business leaders.
“At Wright Lindsey Jennings, we are incredibly proud of our commitment to diversity in the legal profession and the state as a whole,” says Steve Lancaster, who was elected the firm’s managing partner in January 2018 after serving as its chief operating officer for 11 years. “We are dedicated to employing talented professionals who reflect the clients and communities that we serve.
“Wright Lindsey Jennings was the first major law firm in Arkansas to admit a woman partner and was also the first major law firm in Arkansas to elect a woman partner to management. In addition, our firm was the first major law firm in Arkansas to hire a minority associate and to admit a minority partner.”
While the firm honors its history, it is consistently looking forward. 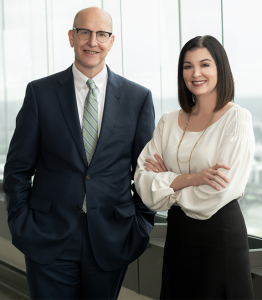 “We’re really heavily focused on modernizing the way we practice and modernizing the types of services that we offer to our clients,” says COO Adrienne Baker, the firm’s first female to hold the position. “It’s amazing how many law firms nationwide continue to practice the same way today that they did 10 or 20 years ago just because market forces haven’t required them to change the way they do business. For us it’s not so much that we think market forces require it, we just want to give our clients the best value that we can provide and make sure that we’re able to meet their needs as they arise and trying to be proactive, not reactive.”
That means WLJ has been a pioneer in embracing newly opened legal fields, as well as technologies and practices, including going paperless. Those changes are designed to make the firm more efficient.
“Those are savings that we can pass through to our clients, which is the reason that we’re doing it,” Baker says.
Today, the firm has the largest intellectual property practice in Arkansas and is also one of the only firms regionally that have specialties focusing on medical marijuana businesses and technology law.
“Those business owners need advice and legal representation just like any other entrepreneurs and business owners. And we want to be there to provide them the advice and services that they need,” Baker says. “I think that’s something really progressive that we’ve done and we’re sort of on the cutting edge on that in terms of legal services.
“We have an incredible plan that the firm has developed over the last couple of years,” she says. “We are very, very excited about the future. Our performance as a firm has just been growing at an incredible rate even though the number of attorneys in our firm has stayed fairly steady, but efficiencies and productivity have increased with all the modernizations that we’ve done.”

Hometown Heroes: Jajuan Archer of Women’s Own Worth
September 20, 2021
Go to Top
Never Miss An Issue!