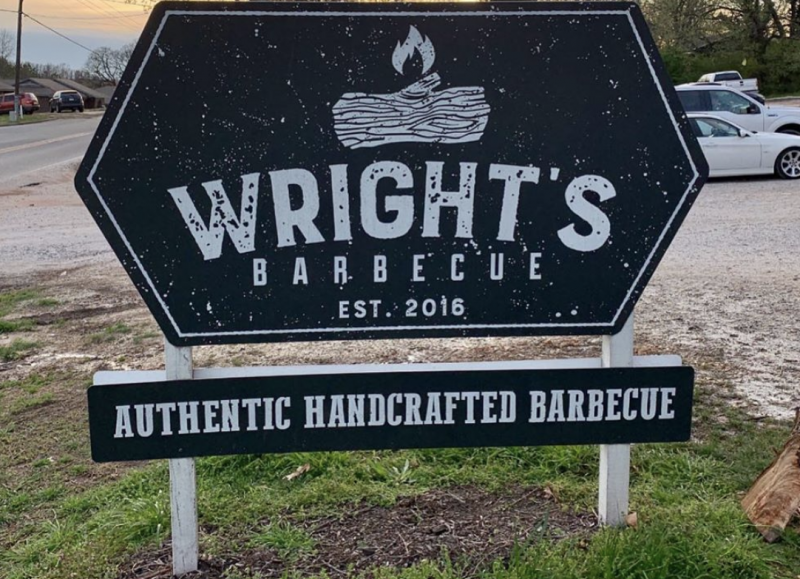 Beginning his barbecue journey in 2016 with a food truck, Jordan Wright has established a loyal ‘que scene in the Northwestern part of the state. That of course means that right now if you want some Wright’s Barbecue you’ll have to hoof it to their brick ‘n mortar locations in Fayetteville or Bentonville. However, on a recent visit to Little Rock, Wright pinged the capital city just a little before lunchtime, leading its loyal Twitter followers to some excitement and speculation that there might be some 100% wood-fire pit ‘que coming to The Rock.

Judging from the replies and nearly 500 likes to the tweet, there are a lot of barbecue fans hankering for a closer Central Arkansas location, but will it happen? According to the Wright’s Barbecue website, they already source the downed pecan wood used to smoke their ‘que from right here in Central Arkansas–– so why not set up shop?

Just like good barbecue, it takes plenty of time and patience to plan and develop a new location. In the meantime, local BBQ lovers will just need to keep the flame burning and their cravings at bay. What’s your favorite Arkansas BBQ restaurant, and where would you like to see a Wright’s Barbecue open up in Arkansas?