After suffering a car crash that caved in her skull, Betsy Parkinson Manning is living her life with no regrets. 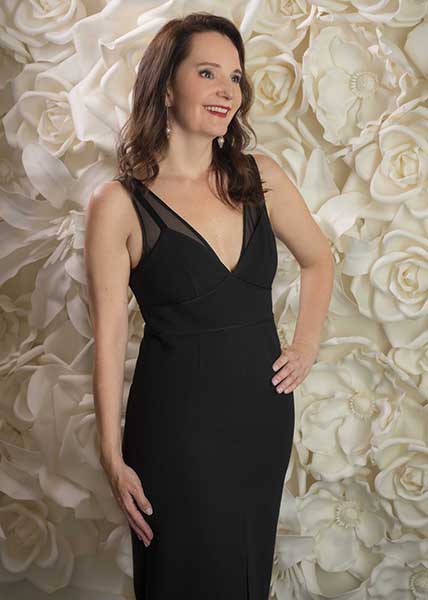 Betsy Parkinson Manning shows no ill affects of an auto accident that almost took her life.

The screams of shearing metal pull the woman out her front door. There are a lot of scrapes on this twisting, steep road, so many that she can tell the near-misses from something worse. And this was worse.

Running through the echo of her shouting to her husband to call 911, the woman makes it to the street to see the car in grotesque repose across the two-lane blacktop. A blink ago the vehicle was airborne and hurtling toward its resting spot. Now, it bleeds onto the pavement and hisses out of the ruptured, eviscerated hood.

Throwing open the door, the woman finds the driver, a petite brunette, unconscious behind the flaccid, stained airbag, coated in her own blood. It doesn’t take much to see how badly hurt she is; the bones of her forearm splintered lengthwise like a wishbone, the top of her head is missing and the right side of her face, particularly around the eye socket, has caved.

The woman cradles the stranger’s head in her lap, inwardly wailing along with the distant sirens and approaching help. As she stares into the filigree hair and blood across the victim’s shattered face, she’s sure the driver will never make it home again.

Betsy Parkinson Manning has no memory of the sequence that transformed an ordinary night with friends into one of the landmark events of her life. She doesn’t know how the other car appeared in her lane that night navigating the steep curves down Little Rock’s Allsopp Hill. She doesn’t recollect the hard swerve to the right that still couldn’t avoid a sideswipe that sent her car aloft at a contorted pitch. She didn’t feel the impact, slamming through three complete rolls or lurching to a shuddering, smoking halt.

She can’t recollect the neighborly angel who cradled her head or the work of the paramedics in the muggy June evening or being wheeled into UAMS just a few short blocks away.

Manning knows none of this except for what people have told her afterward. The police recreating the most likely crash scenario, shaken friends from a trailing car relaying what they saw, doctors and family members catching her up after bringing her out of days spent in a medically-induced coma.

“Do you know where you are?” the doctor asked as her family looked on in tear-choked silence.

“Yeah, the hospital. By the stadium,” Manning murmured.

Do you know who the president is? Do you know what city you’re in? Can you tell me your name? Every question the doctor threw out she hit back, frontal lobe brain trauma and all. Still, he continued, eventually reaching for the money pitch.

“What’s your social security number?” he asked, at which Manning rattled off the digits without pause. The physician straightened up and turned to the wrecked family members.

In some ways, the accident seems very far away. Talking to Manning, you have to look hard to see any reminder of the nine surgeries she had over the roughly six weeks she spent in the hospital. What’s particularly remarkable is her face, that gives hardly any hint of the reconstruction that took place. From the bridge of her nose across the line of her cheek and jaw, the symmetry is flawless, elegant. Only her prosthetic eye is noticeable and then not immediately.

But what’s most impressive about that face is the color and light that comes into it as Manning talks about the crash. Relaying the events of that horrible evening in Hillcrest, she doesn’t collapse into emotion or tremble with lingering fear or bitterness. To the contrary, she says the crash that nearly killed her has taught her the most about living.

“There is one event in my life that completely wrecked my perspective in the best way possible,” she says. “That was my auto accident.

“I say this all the time, and I mean it wholeheartedly: If you told me I could go back right now and make that not ever happen, I’d be like ‘No. We’re good.’  What I learned I don’t know that I would have learned as well without the blessing of that accident.”

It’s surreal to witness such peace in the memory of such pain, but, to Manning, the accident is as central to who she is as her tight-knit family or meeting the love of her life, husband Paul Manning, a few years ago. Growing up a preacher’s daughter, she always knew God, but it was only in the aftermath of the wreck that she began to truly understand what He was all about.

“When that accident happened, it turned everything on its head,” she says. “I think God truly showed me how much He does love me and how much better His plan is than mine. That He can pull us home any time He wants to and so every day, He leaves us here for whatever His plan is for us.” 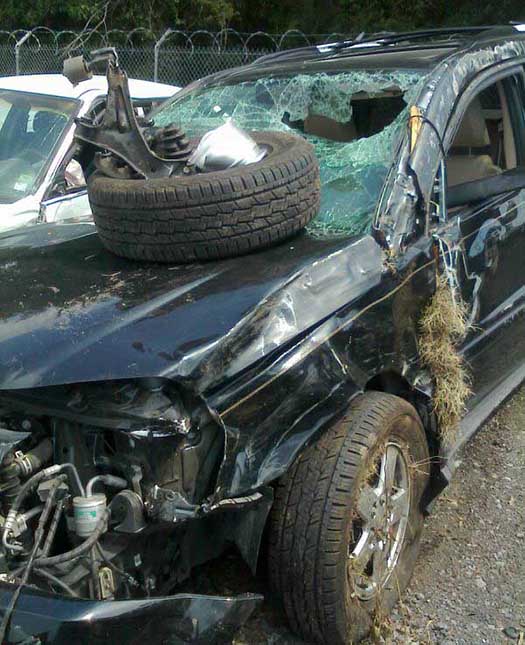 Manning’s vehicle was sideswiped and rolled three times before coming to a stop.

From the outside looking in, God had already delivered much to Manning. She grew up in a comfortable middle-class family and graduated from Baylor University. From there she immediately found success in the business world, eventually finding her way into fashion design, beginning with a boutique clothier in Little Rock. She then joined Dillard’s and rose to become creative director over accessories, intimate apparel, sleepwear and home.

It was work that paid well, took her all over the country and lent to the appearance of, all in all, a charmed, glamorous life. To everyone but Manning, that is.

“I never dreamed of being a career woman, that was never my plan,” she says. “I just wanted to be a mom and have a Suburban and go to soccer practice, all of that.

“I always believed the Lord loved me. I believed He had a plan for my life. I believed all of those things. But yet when that plan wasn’t working exactly how I wanted it to – aka I was 38 and not married – I was trying to figure out why God wouldn’t give me my plan.”

The connection between the crash and God’s plans didn’t arrive immediately in the hospital. In fact, much of her six weeks there is fuzzy due to pain meds and the mending head trauma.

“I was all there, but I didn’t have a filter. Really,” she says with a meek smile. “Even if you’re a preacher’s kid, you do know all the cuss words, and I used them in creative ways. Yeah, I said a lot of really not appropriate things, which my brothers found hysterical. Apparently, I was also firing everybody; if a nurse came in and hurt me or a doctor, fired. Aimee, my sister-in-law, got fired a couple of times.”

After her discharge, she spent another month at home before her craving for normalcy drew her back to work. Over time, her physical parts healed, but certain emotional elements would take longer to mend.

“I was never upset about the fact that I’d lost my eye,” she says. “I don’t know if I came to terms with it in the hospital or what, but from the time I started remembering things, I knew, ‘I don’t have an eye, it’s gone,’ and I was OK with it.

“What I wasn’t OK with was feeling that it all goes to my face. I did feel for a long time like people were looking at me and going, ‘Wow, what happened to her, poor thing.’  I really struggled with feeling like I didn’t look right, I looked different. And I was single, so, oh my gosh, I’m never going to get married now. All that type of thing. I battled through that for about two years after the accident, thinking I looked funny.”

One by one, God has helped her over her hurdles and hang-ups – sometimes gently leading, sometimes kicking her in the behind. She met and married her husband and opened her own high-end bridal shop, Unveiled Bridal Collection. In an industry known for drama and high stress, she’s finding life remarkably easy to take. Some might say the brain rewired itself that way, but Manning’s not buying that.

“Someone said to me, ‘So you feel like you know something better than the rest of us.’ No, it’s not that,” she says. “I just really feel God gave me a gift to be able to understand that whatever He does in this life, it is good. I just need to find how to realize His gift in whatever it is.

“If you haven’t had something really hard in your life yet, just wait. It’s coming. I’m not any more unique or special than anybody else. [The crash] was just one of my things, and it’s not like that’s the only one I’m ever going to have and then I’m going to coast through life, either. But maybe with what He’s taught me when the other things come along, I’ll just have a little better perspective on dealing with it.”