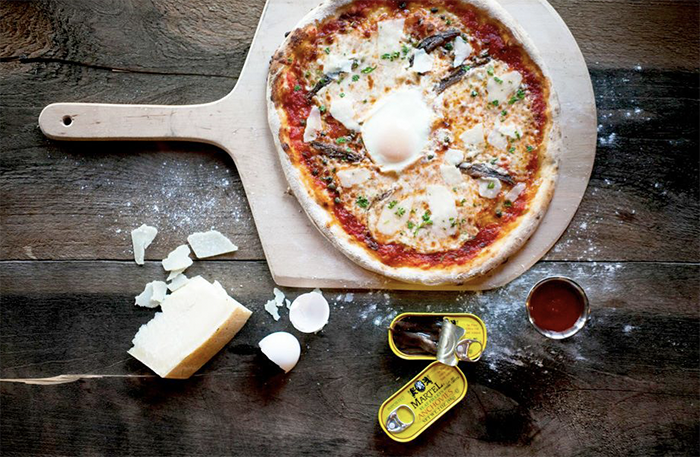 Success in the restaurant business is notoriously difficult, but the partnership behind Yellow Rocket Concepts – Scott McGehee, John Beachboard and Russ McDonough – seem to have the Midas touch. Yellow Rocket, named after the old Yellow Rocket arcade in the Heights, is the parent company to several of Arkansas’ favorite eateries, including Big Orange, Local Lime, ZaZa, Heights Taco & Tamale, and Lost Forty Brewery and Tap Room. The conglomerate has focused on diverse, individualized restaurant concepts that have become instant favorites and are generating tens of millions of dollars in sales each year.
It’s not surprising that Yellow Rocket has enjoyed success, considering the partners’ deep roots in Arkansas’ restaurant industry. McGehee’s father, Frank, was a partner in the former Juanita’s and Blue Mesa Grill. His great-grandmother Ruby Thomas Collier ran the regionally famous Red Apple Inn at Eden Isle near Heber Springs, and his great-great-aunt, Mazie Collier, had the Copper Kettle in Little Rock. 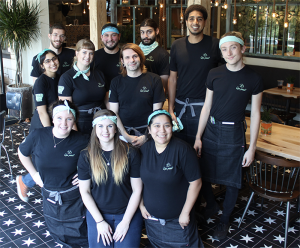 McGehee launched Yellow Rocket after he returned to Little Rock to help his father, Frank, with Juanita’s after five years in San Francisco, where he attended the California Culinary Institute and worked in Berkeley at the famed Chez Panisse, a noted training ground for up-and-coming chefs, with Chef Alice Waters. Missing the varieties of bread he enjoyed in the Bay Area, he was a partner in launching Boulevard Bread Company in 2000. He eventually sold his interest in the company but was well on his way to helping redefine Little Rock’s culinary scene as a restauranteur. In 2007, he partnered with Beachboard on Zaza’s, which features fresh salads and wood-fired pizzas. Within three years, they expanded the concept to Conway and got on a roll. They opened cheeseburger-centric Big Orange in west Little Rock in 2011 and Mexican-and-margarita concept Local Lime with partner Ben Brainard in 2012. McDonough came in as a full partner in Yellow Rocket when they opened a second Big Orange in midtown Little Rock in 2013. They began Lost Forty Brewing with partner Albert Braunfisch in 2014 and Heights Taco & Tamale Co., with Brainard in 2015. Their next focus was on Northwest Arkansas, as they expanded to Rogers with a Big Orange in 2017 and Local Lime in 2018. Creative director Amber Brewer, who is Beachboard’s wife and considered another partner, is responsible with creating the look, layout and feel of the restaurants, the design of their menus and promoting each brand in traditional and social media.
“We do a lot of things differently than others,” Brainard says. “One of the main things is that there’s several of us, and we all have a pretty specific skill set that compliments the other owners.”
Their love of Arkansas is evident in their business model. Their nine entities are all located in the Natural State, they employ 650 Arkansans, and Lost Forty, the largest craft brewer in the state, with a capacity to produce 25,000 31-gallon barrels annually, purposefully makes their products available only in Arkansas.
With proven concepts and expanding markets, one might think the partnership is content to ride the wave of success, but Yellow Rocket is continuously fine-tuning its restaurants and offerings to ensure they are providing the best cuisine and ambiance possible. 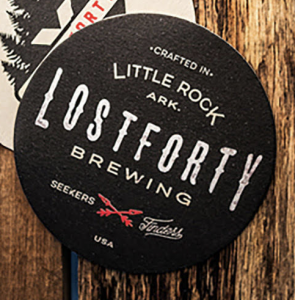 “We’re incredibly self-scrutinizing,” Brainard says. “There’s no one who judges us harder than we do. Everything can be better, and every day each owner picks three things to improve upon – menus and recipes or scrutinizing the food or service. We don’t ever want people to think that we put things on cruise control and move on to the next project. That’s just not how we operate.
“You can expect to get a very, very good meal at a very reasonable price point and exceptional service. That should be what people who walk into our restaurants expect every time,” he says. “That’s certainly what we expect.”
And if a customer isn’t getting the experience they imagined, Brainard says “there is nothing that I appreciate more than a guest reaching out to me and saying, ‘Hey man, listen, I was at Local Lime a few days ago, and it just wasn’t the same as it normally is.’
“I feel confident speaking for all of us, if you’re spending your hard earned money with us and something isn’t right, let somebody know. That’s an opportunity for us to learn and improve and make sure that they have a perfect experience the next time.”