YGFBFKitchen is the Real Deal 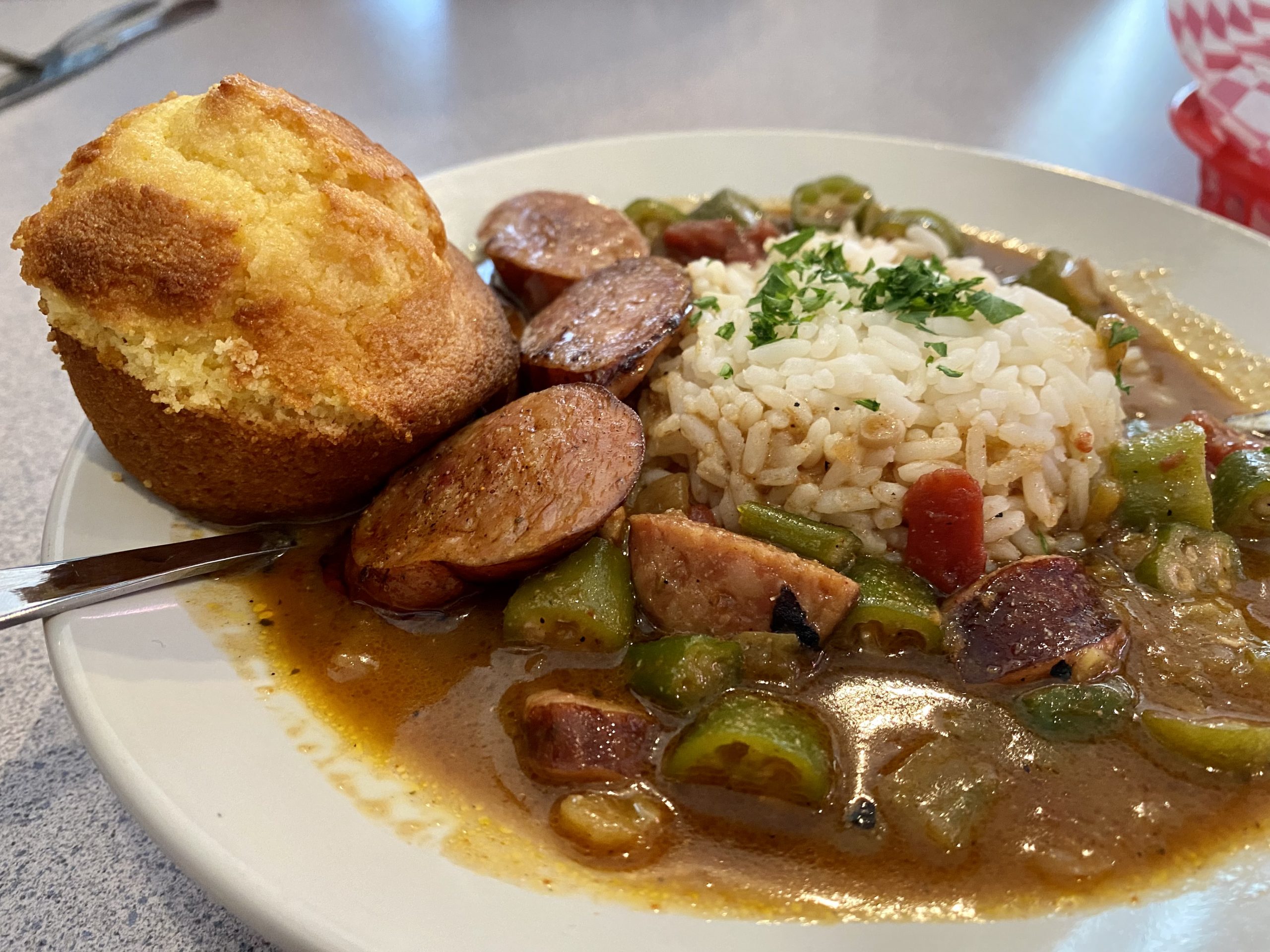 I first learned of YGFBFKitchen two years ago when it was a food truck residing in the heart of downtown Conway. The food was delicious, large-portioned and a great value. Since then, chef/owner MaryAnn Strange has moved into her brick-and-mortar spot at 800 4th Avenue, next to Tipton & Hurst, and after last Thursday’s lunch, I can safely say her cooking has not dropped off one bit. 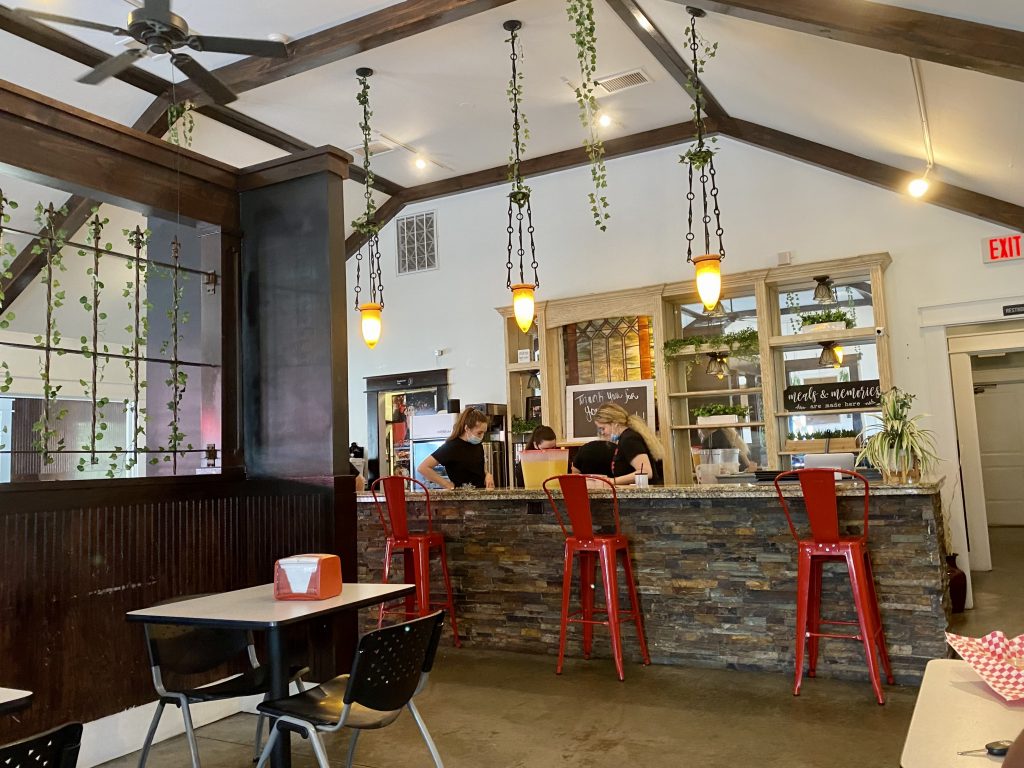 Strange is smart about the menu. Her focus on executing familiar dishes with creative spins, all while blending Cajun, Southern, and Soul Food cuisines, is a brilliant move. And judging by the turnout on my visit, Conway and the surrounding communities have already embraced the food in a big way.

And why wouldn’t they? It is legitimately fantastic. 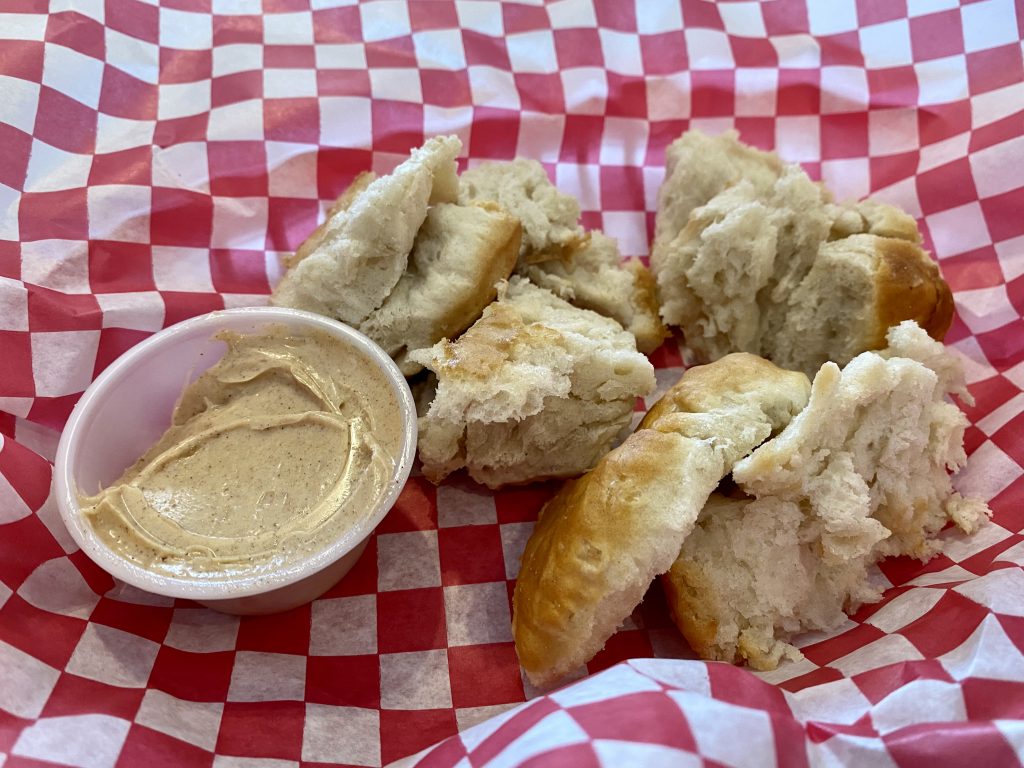 No dish is short on big flavor, not even the complimentary meal starter of torn biscuits with cinnamon butter. You will be tempted, but do not overcommit to the biscuit scraps. More carbs are on the way. In this case, it came in the form of an appetizer of Chicken & Sausage Gumbo. I ordered a small size, so either they heard me wrong or their small is the size of a trough. Either way, I waved the white flag after a few glorious bites of the sausage-heavy dish to save a little room for my entrée. The gumbo, while maybe a touch salty, was still some of the best I have eaten inside a restaurant. The separator between Strange’s gumbo and many others is how she doesn’t overcook the okra, allowing the vegetable to keep a little bite to its texture. The accompanying cornbread muffin is sweet — just the way I like it — and is an ideal dipper for the thick broth. 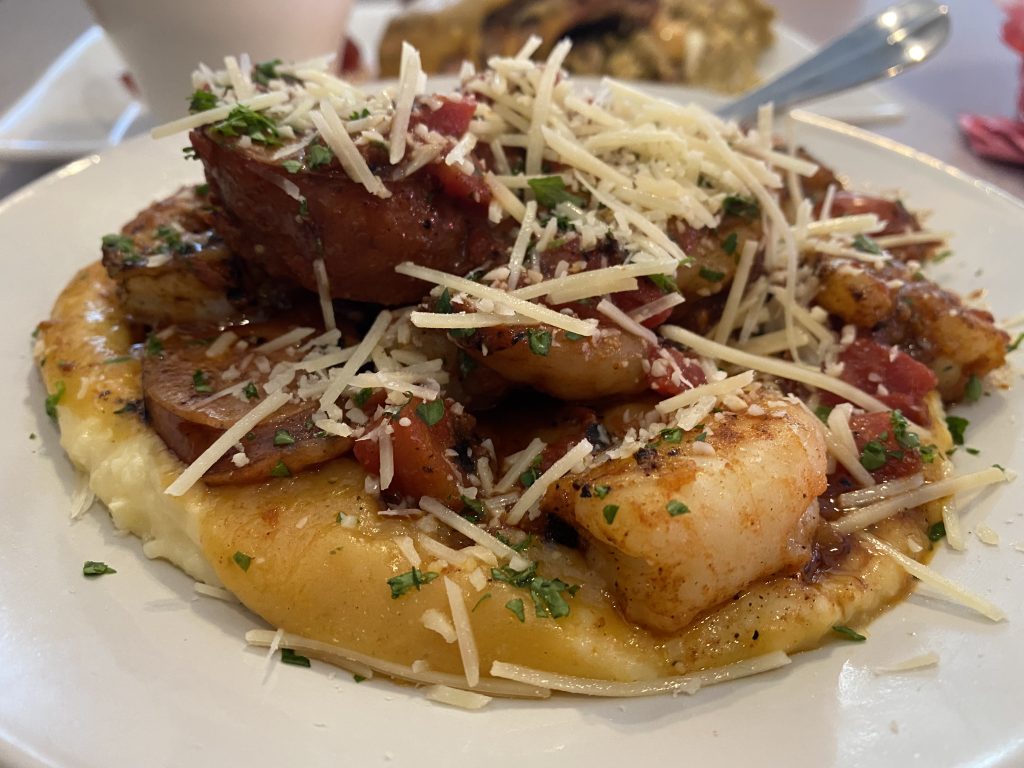 The Cajun Smothered Shrimp & Grits with its pile of cheesy grits topped with plump shrimp and a fire-roasted tomato compote is another gut-busting winner. Sliced sausage, and plenty of it, makes a not-so-surprise appearance. At $17, expect two meals out of this dish. That’s value. 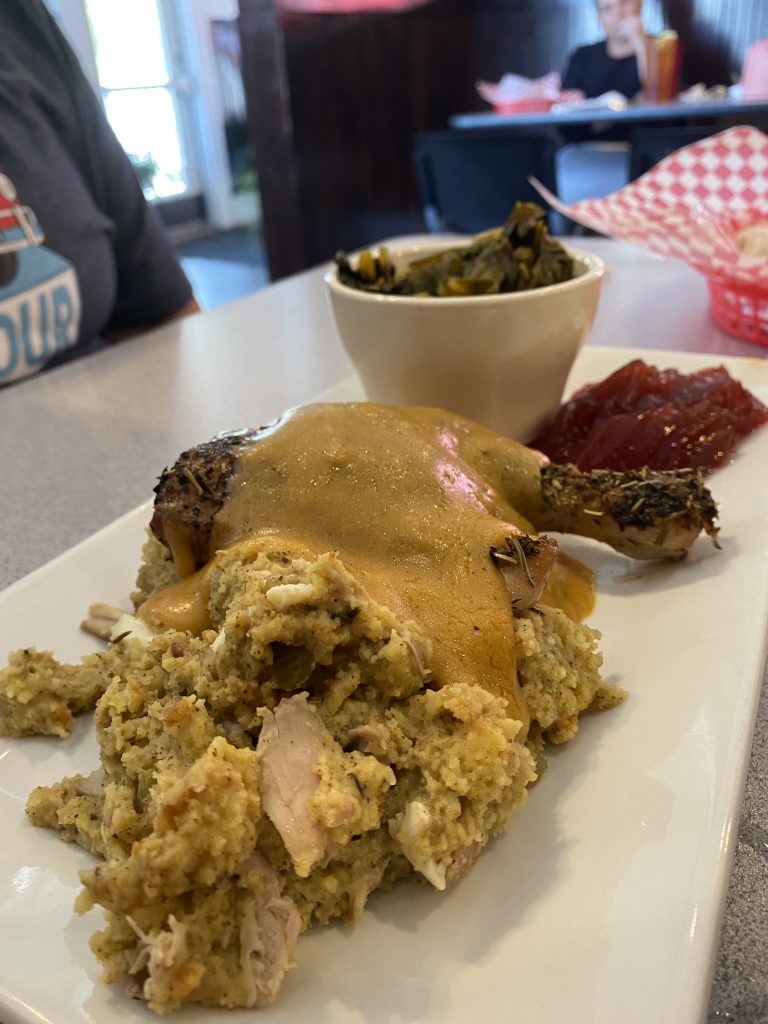 My friend’s Chicken & Dressing came with an herb-laden chicken quarter resting on cornbread dressing. I detected a little sage, which I love. A thick Cajun gravy provided a little moisture, as did sides of cranberry sauce and collards. The collards lacked any bitterness, so they’re a safe bet for anyone who would be turned off by that bitter overtone that sometimes sneaks into the greens. These greens had a little firmness and a subtle heat from what must have been a pour of hot sauce. 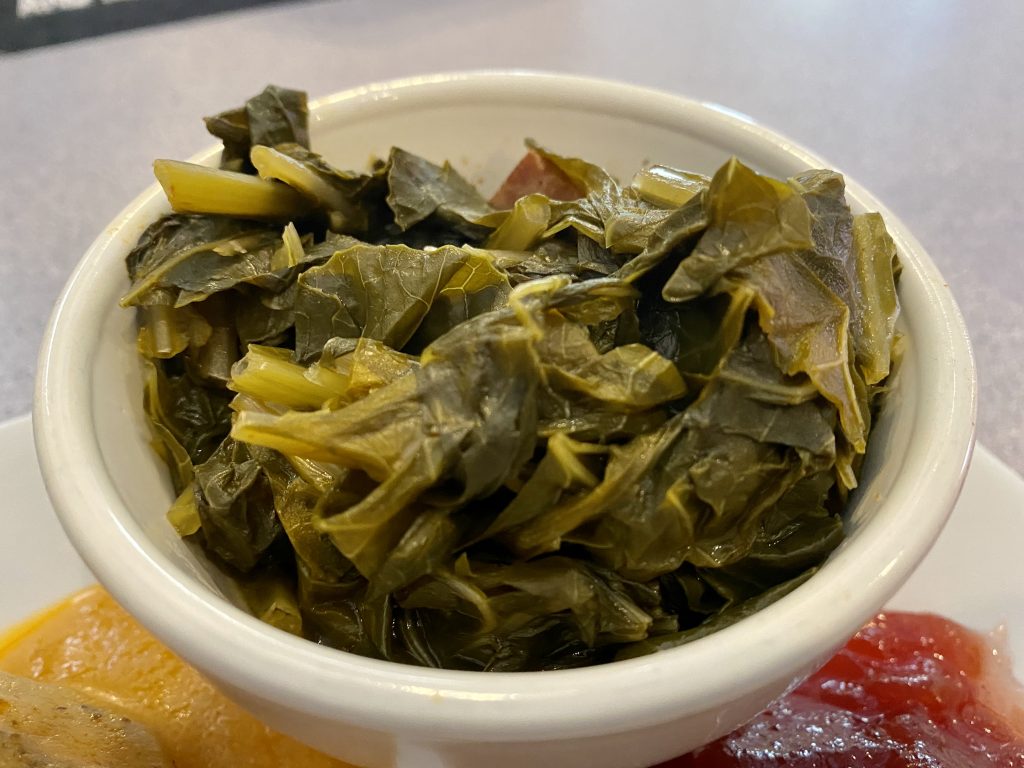 In the end, every dish that hit the table was one I would order again, although popular offerings like Blackened Cajun Alfredo Pasta, Catfish & Crawfish Etouffee, and Tuscan Salmon are all quite tempting to try out next time. If Strange and her crew can maintain a consistent effort, I see no reason why YGFBFKitchen won’t become one of Conway’s very best restaurants. Only time will tell, but here’s hoping for continued success. 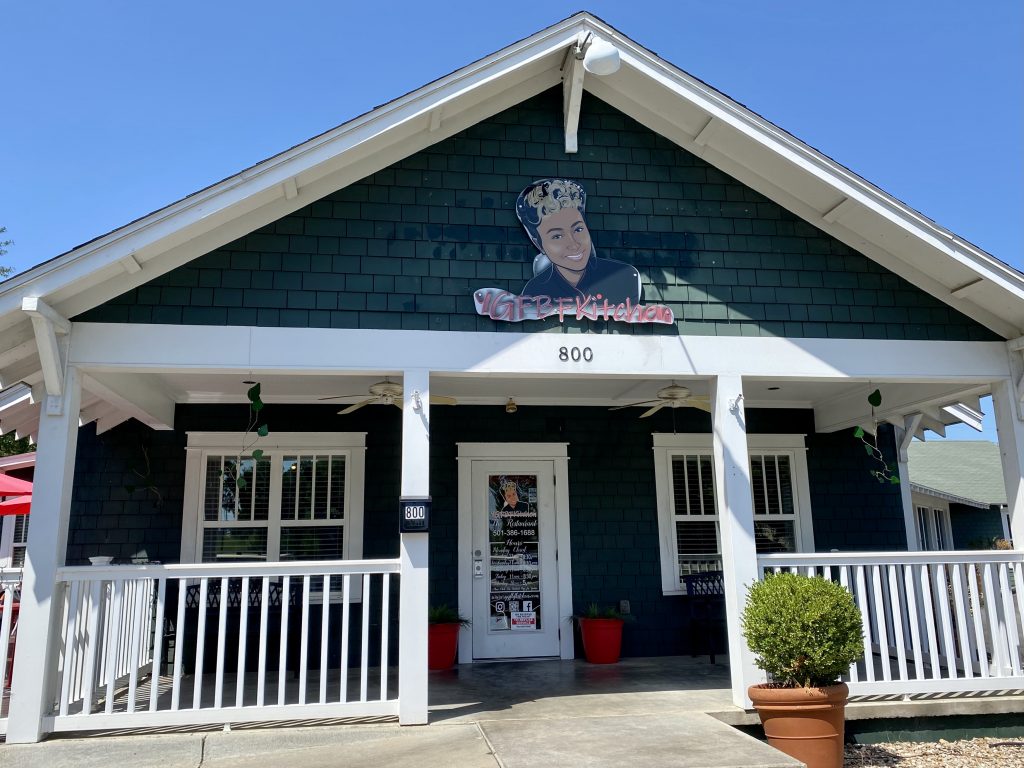