Youth, Suicide and How You Can Help 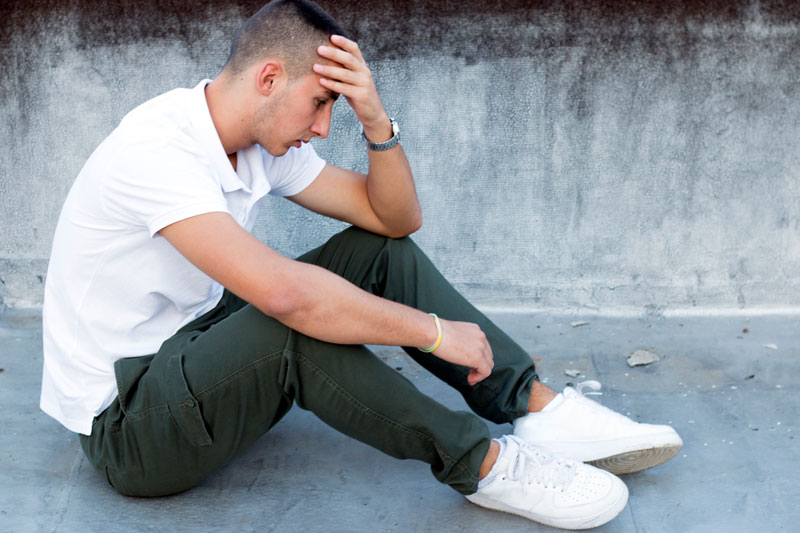 [dropcap]N[/dropcap]early everyone has been affected by suicide, and while it is a tragedy that certainly needs to be addressed, Greg Adams, licensed clinical social worker and program coordinator for the Center for Good Mourning and Bereavement at Arkansas Children’s Hospital, wants to be certain the topic is addressed properly.

“Certainly and unfortunately the rate of suicide for all age groups is going up; however, the highest incidence of suicide is not among youth,” Adams said.

“Young people are more likely to have a relative, a parent or uncle, for instance, die from suicide. That said, it’s important to know that suicide affects people from every race and ethnicity, age and gender. Statistically, men and boys are almost four times as likely to take their lives than women and girls; however, women and girls have three times as many attempts,” Adams said. This can be accounted for by the fact that men and boys more often choose guns as the mode, he added.

“Ninety percent of people who self-harm or take their lives have mental health problems and the most common is depression. This is why it’s so important to get individuals who are depressed the help they need,” he said. “We must remove the stigma associated with depression and mental health issues. It’s often complicated because people tend to want simple explanations, but suicide is complicated. There are a number of factors that come together in a toxic way to [cause an individual to self-harm or take his life].”

Adams shared factors that often contribute to suicide; he credits suicidologist Edward S. Schneidman. “There are three things that happen: overwhelming pain — it could be emotional, spiritual, social or physical and it’s subjective; secondly, an event or instance in which something gets ‘stirred up’ and agitates the individual, whether it’s a failed test, being bullied, a break up or loss of a job. And if he’s not thinking straight or his brain isn’t working right this can be heightened; and lastly, having the means to harm oneself. If you put these three things together, suicide is likely to happen.”

However, Adams said, we can help prevent suicide. The first step is to help individuals manage their pain through therapy, medication and/or talking through problems and helping the person understand their pain will pass. “We can also make the world safer. Decrease bullying in school; make it easier for individuals to get help. Lastly, research shows if there are more steps between a suicidal person and the means to take his life, the moment may pass.”

Firearms are used in almost 50 percent of all suicides, according to the AFSP. “We can keep guns locked up and not loaded. Safely store medications,” Adams said. “If you want to lose weight, you don’t keep cookies in the house. If you have to go to the store to purchase cookies, you’re more likely to get past the moment when you feel you’ve got to have cookies. We should be more thoughtful about gun storage — especially if you know someone in your home is struggling [emotionally or with a physical or mental illness].”

Adams said we can also raise awareness. More people die in the United States due to suicide than in car crashes, and we have a lot more messages about safety and driving. It’s treated like a public health concern.

“The rate of suicide is twice that of homicide, and while accidents are the No. 1 cause for death, suicide is second, so it’s a major concern. We must address this with more and better access to mental health care, reduce access to the means to self harm, and increase the public messages and education,” Adams said.

Parents, teachers and peers are most likely to see warning signs of suicide in youth. Adams said it’s important to note significant changes in behavior, such as substance abuse; in personality — displays of anger, agitation and depression; and expressed hopelessness. These are among some of the most common signs. Also take note of online behavior, such as a young person looking for information about self-harm or how to kill oneself.

“Parents shouldn’t hesitate. Have your child evaluated if you are concerned. If the situation is critical, go to the nearest emergency room,” Adams said. There he’ll be assessed to determine the risk level involved.

“It’s important to let [a person in crisis know] that you understand. Try to understand the stresses in his life. Don’t downplay or minimize what he’s going through,” he added.

If you’re a young person whose friend is having a problem, speak up. You do not want to keep a secret when it’s a life-and-death matter. Adams drew this correlation: “If you’re driving and come upon an accident — let’s say the driver’s leg is broken — you would stop, call 911 and stay with the injured person. You wouldn’t try to fix the broken leg — you’re not a doctor — but you’d be certain he got help. Well, if your friend is suicidal or depressed, you don’t need to fix him. Again, you’re not a doctor. Simply call for help.”