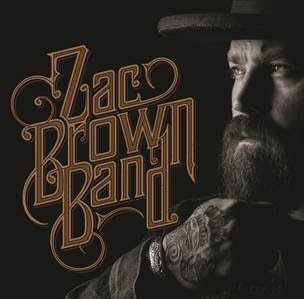 The Zac Brown Band is bringing its Welcome Home 2017 Tour to the Walmart AMP on Thursday, Sept. 14 as the latest addition to the 2017 Cox Concert Series!

Three-time Grammy Award-winning multiplatinum artists Zac Brown Band are kicking off their North American tour on May 12, the same day that their fifth full-length album of the same name releases. Every online ticket order includes a copy of the new Zac Brown Band album,Welcome Home, which Brown has said is a return to the band’s roots. Welcome Home follows up Jekyll+Hyde, the band’s fourth consecutive #1 debut on the Billboard 200 chart which branched out into new styles and sounds for the band.

“We’re looking forward to heading back on the road in 2017 and sharing some new songs with our fans,” front man Zac Brown said.

Rolling Stone has said that the band’s live show “reaches far behind the boundaries of country music, roping in everything from Metallica covers to EDM-inspired light displays.” The band’s 2016 tour received widespread acclaim with reviewers calling it “a rollicking…musical odyssey” and “a dazzling…explosive performance.”

Tickets go on sale Friday, April 28 at 10 am and range from $39.50 to $95. Tickets can be purchased in person at the Walmart AMP Box Office in Rogers or the Walton Arts Center Box Office in Fayetteville, by calling 479.443.5600 or visiting www.amptickets.com.